Illustration by: B. Mure (www.bmurecreative.co.uk)

“I am called “illegal immigrant”, because my asylum case has been refused. There are many people like me that the UK government has left in limbo. In my life in Bristol, I have been through some of the toughest times of my life. But I can’t return because my life is in danger there.” Adam1

Loaded terms like ‘illegal immigrant’ conceal complex human realities all around us. No person is ‘illegal’, but many are subject to immigration controls. Wealthy oligarchs, tax avoiding companies, money and goods move easily and unhindered, but people who try to escape danger and poverty can end up losing their rights and dignity.

Over the last ten years, successive British governments have passed legislation about asylum and immigration. These laws, described by campaigners, lawyers and The British Red Cross as, “deliberately creating a more hostile environment”, seem aimed at deterring people from seeking safety here. In fact a Government body was set up called ‘The Hostile Environment Working Group’, until the Lib Dems lobbied to rename it the ‘Inter-ministerial Group on Migrant Access to Benefits and Public Services’.

The result is a complicated and drawn out process that leaves asylum seekers with no right to work and little or no support. Poor decision making by the Home Office and increasingly limited access to good legal advice, has seen many people’s cases refused, leaving people who have fled war and persecution trapped in destitution.

Forced to eke out a living under the radar, how do you survive? To find out, I spoke to some people who have had their asylum cases refused about their experiences in Bristol.

It is commonplace to rely on networks of solidarity and support from other migrants, or charities and faith groups that can offer minimal support of £5 or £10 a week. But finding a place to stay and the need for more income, can drive people to accept terrible working conditions.

Ravi gets about £2.50 hour cash in hand. But while he works at the car wash he can sleep there. “It is cold, and bad for your health. There are a lot of chemicals and my skin is itchy. The floor is wet and when it rains water comes through the roof…. But I can’t leave it. I don’t want to lose my job, I would also be homeless.” Under pressure and in fear, Ravi said, “Sometimes the boss doesn’t pay me on time. Often I’m feeling scared. One day the Home Office may give me the chance to live like a normal person.”

Others are abused or taken advantage of. Ali says, “I work really hard; I can’t stop when I’m there and I can’t say no to anything. They swear at me and take the mickey. I never complain.”

Many enter into informal arrangements to survive. Several women sleep on people’s sofas in return for cleaning, cooking and looking after children. Whilst these arrangements can be mutually beneficial, when someone has no other option the potential for their mistreatment is increased. Far from “leading the world” in eradicating modern day slavery, this government’s immigration policies are creating the conditions for exploitation.

Despite such low pay many migrants, including Adam, send money back to their families, who often remain in poverty or danger. Many refused asylum seekers risk a lot in order to work. “I have two little sisters and a little brother in my country; they need what I can send. My dad was killed in the Iraq war and my mum needs expensive medicine…All the time I am scared that immigration will come and they will detain me. But what choice do I have?” says Ali.

“To save our lives and survive, I would rather work illegally than steal from someone. I want to live with dignity, I don’t want to beg.”

The people I spoke to illustrate that reality is far from the Daily Mail’s sentiment that Britain is a ‘soft touch’ on immigration or that migrants are here to scrounge. Adam, who has been here for five years, explains how he feels.

“I feel embarrassed to say it, because I know I have broken the law but I have no other choice. To save our lives and survive, I would rather work illegally than steal from someone. I want to live with dignity, I don’t want to beg. I want to work legally and pay tax and participate in the UK society and economy. I want to live as a normal human.”

Despite this, the UK government continues to play up anti-immigration sentiment. But to what end? “I think [the Government] want to cover their wrong policies and wrong projects by making people scared of illegal immigrants” comments Ali.

This is no small issue, Bristol Refugee Rights, one of the local groups that work with destitute people, estimate that there are around 100 people in the city at any one time who are destitute. A recent report on destitution in Manchester found that almost half surveyed had been destitute for at least two years2.

Yet people are not giving up. In London, the Anti-raids network3 have responded by educating affected people about their rights through workshops and multilingual cards, and warning people of impending raids. In Bristol in 2013, to highlight their plight, a group of refused asylum seekers and their allies organised a sleep-out on College Green, putting pressure on Bristol City Council to live up to its status as a City of Sanctuary4.

The Council has passed a motion condemning policies that cause destitution, and Mayor Ferguson has organised a conference for 2015. But will this turn into action? And how long might it take?

With continuing austerity and the increase in popularity of groups like UKIP, the 2014 Immigration Bill introduces further controls, sowing the seeds for increased prejudice and racism in our society. However, groups in Bristol are organising with people at the sharp end of this gross inequality, because these people are human, and just want to live in safety and dignity.

1All names have been changed to protect the innocent, interviewees from Iraq, Iran and Sri Lanka
Copy Link 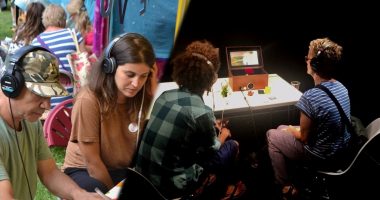