“This year due to political uncertainty back home and threats to our people by ISIS we decided to suspend the party as a way of condolence to Kurdish families who lost their beloved ones in the battlefield against ISIS.”

Esam Amin, a Bristolian Kurd, on why he won’t be celebrating kurdish New Year.

Because of the war with ISIS across our land, we of the Bristol Kurdish community have decided not to celebrate our New Year in 2015. Normally on the 21st March, Kurdish people living in Bristol join together to celebrate the new year in the traditional spring holiday of Nowruz. For the last five years, I and other Kurdish community members have coordinated the Nowruz party in Bristol. We usually invite people from outside our community to join us for the celebration to learn about our culture and history.

Nowruz is believed to have started in the Mesopotamian era,  in Kurdish mythology Nowruz (meaning new day) is a symbol of freedom against the tyrant Zuhak and the beginning of new life. At this time of year the weather changes and it is the beginning of our new year.

Except this year, many of the Kurdish families in Bristol don’t feel like celebrating having lost relatives and friends to the fighting. Most people in Kurdistan will not be recognising Nowruz either; they are in mourning and public events pose a security risk. It is currently forbidden for Kurdish people to celebrate in their traditional way in Iran and Turkey.

“We won’t celebrate Nowruz, because now our people are going through a very hard time in Kurdistan” says Goran, a young Kurdish man and member of Bristol Refugee Rights and Dignity for Asylum Seekers. He has been involved in the parties for the past four years.

“So far we have lost more than a thousand Peshmarga and thousands more have been injured. More than one million people have been displaced and thousands have gone missing so we want to share their sadness”.

Ali Zalme says “as a Bristol Kurdish community member I have been involved with organising the Nowruz party for Kurdish families here for many years. I’ve always volunteered, along with a few other community members, because we see it as another way of demonstrating support for the Kurdish question. Unfortunately this year due to political uncertainty back home and threats to our people by ISIS we decided to suspend the party as a way of condolence to Kurdish families who lost their beloved ones in the battlefield against ISIS.”

We hope the people of Bristol can understand our situation and stand with us in remembering our heartbroken community on March 21st.

For more information about Kurdistan and Nowruz celebrations

« A step forward for tenants’ rights? 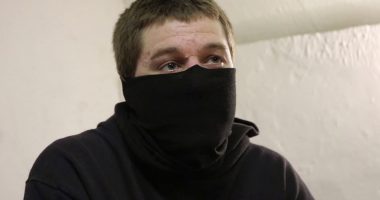