Is there a growing faultline between working class voters and the Labour party? From trade-unions to Ukip, members of Avonmouth Social Club talk about politics as they see it.

Avonmouth social club inhabits an ageing bungalow in North West Bristol, a stone’s throw from the docks. In the days of strong trade unions, working men’s clubs were founded for recreation and education for working class people. Over £2 pints, members of the Avonmouth social club spoke to the Bristol Cable about the upcoming election, working class representation, and disenchantment with the Labour party.

Avonmouth is a major port, handling an estimated 12m tonnes of goods every year. But with neighbouring areas like Lawrence Weston among the 10% most deprived in the country, few economic benefits seem to reach beyond the gated confines of the Bristol Port Company, which in 2013 announced a pre-tax profit of £17.8m. It is only seven miles from the city centre, but Avonmouth seems farther removed than that from the green or bohemian image Bristol uses to market itself these days.

The port locality is represented by Charlotte Leslie, Conservative MP for Bristol North West. It’s a bellwether constituency, having elected the candidate of the winning party in the nine general elections since 1974. With this election hard to call, we went in search of hints about how people view the prospects in this corner of the constituency this time.

Thatcher and the Unions

These voters’ outlook is shaped by life-long trades-union membership. “I’ve been in a trade-union since I was 18,” says Paul, who serves on the management committee of the club. Like the others, he remembers times under Mrs Thatcher. “What she done to us was criminal, absolutely criminal. I hated her with a vengeance and I hate her now,” says Paul.  “The damage done in the Thatcher era, even my kids are going to have ride through it I think. She damaged this country so much.” The irony is lost that Nigel Farage described his party back in 2013 as “the true inheritors of Thatcher.”

One legacy of Thatcher in Avonmouth is the abolition of the National Dock Labour Scheme in 1989. This change gave port employers the power to dismiss registered dock workers and hire casual workers as replacements, paving the way for casualised labour, poorer wages and job insecurity.

On 7 April 1989, 500 Bristol dock workers walked off the job in protest at the proposed change. Over the following months dock workers in Bristol, as at other major ports, went on strike. They were defeated that August, partly by pressure from the Labour-led Bristol City Council to return to work, lest councillors incur charges for losses suffered by the port. As told by Paul Blyton and Peter Turnbull, authors of The Dynamics of Employee Relations, “Through a single Act, the government had transformed employee relations in the industry literally overnight.”

Memories of strike action and defeat are still alive in the social club. Former docker, Tony, says of the days of old-Labour and a stronger trade-union movement:

“It felt like there was a group on the working man’s side. While now you’ve got nobody on his side and he’s being penalised by every fucker.”

“They [immigrants] work and they bring down the national average wages. They will do lower end jobs, so kids around here can’t get jobs or get accommodation,” says Tony. But when asked who’s to blame, Tony puts it squarely on “greedy employers and government policies.” Among the number one concerns for the men here is immigration. Paul is angry that immigrants have, as he puts it, “a free passage”, with access to the NHS and state benefits. But he says, “I think anyone should be allowed to come into this country so long as they put into our system.”

“I moved to Germany to work, ‘cause we couldn’t earn any fucking money,” says Gary. Asked how this was different to the migrants they criticise coming to the UK today, Ben says, “I never took nothing out of Germany, bar my wages, didn’t take any welfare benefits.” It’s a sore point and they don’t take well to comparisons with migrants arriving in Britain today.

Do you identify with Ed Miliband? Gary snaps back, “who?” The others crack up. But laughing aside, the comment reflects a real concern that Labour has abandoned working class voters.

“I’ve been Labour all my life, I voted Labour last time, but I’m not going to vote for them this time,” says Tony sipping at his cider.

The others nod in agreement. “I’m looking for a place to go and it certainly isn’t going to be Conservative,” says Paul. Sat in the middle, Ben nods, “Labour are almost Conservative these days aren’t they?”

“They’re not worth a bucket of piss,” says Gary. “Go on, I dare you to put that in!” says Ben laughing.

“The rot’s set in with the major parties,” sighs Gary. Everyone around the table agrees. “I don’t think Ukip will get in but they’ll shake a few feathers, and that’s the only reason I’m voting for them,” says Ben. By the sounds of it, Ukip has managed to make the case here that it’s an alternative to the current political establishment, which Tony sees as corrupt, even nepotistic. “Most people distrust politicians. They’re Etonians who, because of their lineage, can get into politics… they know fuck all about the grassroots and then they rule it.”

The son of a City of London banker, public-school educated, and a former trader on the London Stock Exchange, Nigel Farage is nevertheless managing to capitalise on anti-establishment sentiment. Ukip only got 2.3% of the vote in 2010 elections in Bristol North West. However, Michael Frost, the Ukip candidate for the constituency and the party’s only councillor in Bristol, is keen to capture more votes on this very ticket. In Frost’s own words, Ukip is “anti the huge divide between ordinary working people and the upper classes who run the government.”

“I don’t know much about his history” says Tony when asked about Nigel Farage’s background, “but I know that he’s pulling a few right strings in places.” So if a vote for Ukip is a protest vote, then what about the Greens? “Ideally I think they [the Greens] would be a good way forward… the letters on the badge sound good, but whether they can deliver the goods is another thing.” They say that in Avonmouth they haven’t seen the Greens canvassing.

“Labour are failing the working class and gone too far to the right” says Paul. Like all the others, he’s going to be voting Ukip this time round. He too sees them as a challenge to the political class of Westminster. “It’s good that Ukip are mixing it up, it’s too easy” says Ben.

Ukip is now building support in traditional working-class Labour areas. Since 2013, for every nine votes Ukip has taken from the Conservatives it has taken six from Labour. (YouGov, 2014)

Later, I asked Darren Jones, the Labour candidate for Bristol North West, what he makes of the claim that Labour is losing touch with its working class base. “I’m a white working class voter who lives up the road from Avonmouth in Shirehampton” he says. “I can’t be out of touch because that’s who I am… Because I grew up in Lawrence Weston and Shirehampton I know how our community is often forgotten in favour of central Bristol.”

[Darren’s response reflects a campaign strategy that has been seen up and down the country this election by the established parties. From Miliband with his bacon bap to Cameron and the Bullingdon club, local candidates have been trying to shift attention from party leaders onto themselves. ]

Industry employs a fraction of the staff it used to, trade-union membership seems to be more a badge of identity than a force to be reckoned with, and there is a growing faultline between the Labour party and working class voters.

Distrust and a suspicion that there’s a political class who “are in it for the boys,” as Tony puts it, are both pervasive. When it boils down to policies, the men around the table think there’s a lack of distinction between the main parties – not least because Labour has moved economically to the right since Tony Blair’s leadership. Regardless of Darren Jones’ personal history – and that of countless other labour hopefuls across the country – the feeling that Labour has made a conscious decision to favour middle-class metropolitan voters will be difficult to shake off. And with an absence of alternatives to the left of Labour in places like Avonmouth, Ukip could gain ground.

“If you’re white, working and drive a car, you’re fucked,” says Paul. The other men in the club are equally pessimistic and not holding their breaths for any change in Avonmouth come 8th May, despite comments by Chancellor George Osborne that the “economy is recovering.” Tony sits back and says, “Out of the boom times all the businesses are profiting, but the only thing working class people get out of it is regular employment and the ability to do overtime. It’s not a boom for the punter in the gutter.”

Some names have been changed at the request of the interviewees.

Liked this post? Get invoved and become a member of the Cable here. 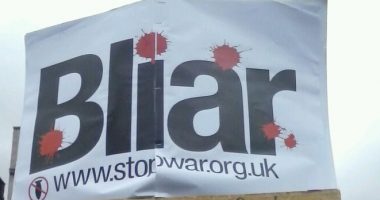 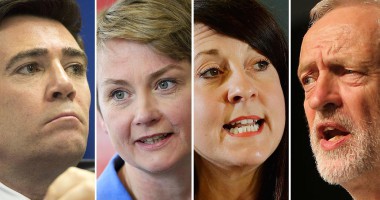