“Somalis must vote, they must exercise their rights and must use their voice”

The first in a series of foreign language articles, there is a Somali translation of this article.

The simple answer to this question is that many in the community feel they could make a great contribution to the Black and Minority Ethnic (BME) vote in Bristol, which is anticipated to be key to the results of the elections in May. But the longer answer would entail an understanding of how their vote can influence change.

The Somali population in Bristol has increased substantially over the last fifteen years and they now make up the single largest migrant group in the city. Equally, anecdotal evidence indicates that the number of Somali voters has doubled and they can arguably determine the results of the 2015 general election as well as the local elections that will happen in certain wards, particularly the inner city wards.

A 2013 report by Operation Black Vote found that the ethnic minority vote is bigger than the majority held by the sitting MPs in Bristol. For instance, in Bristol East and Bristol West constituencies where Somalis mainly concentrate, the BME voters are 16.4% and 25.5%, respectively. More importantly, the report found that the largest BME voters in these two constituencies are African, with the largest group being people of Somali ethnic heritage, according to the Bristol City Council Census 2011 data. It is therefore possible that the Somali vote will partly decide the power balance in the upcoming general election in May 2015.

Somali community leaders believe they are a force to be reckoned.

“It is very important that Somalis participate in the political process so as to raise and tackle issues that have impeded integration and community cohesion”.

“Voting is very important. Somalis must vote, because it shows that they have ‘voice’ and can influence the political power.”

This shows that understanding the importance of participation in the political process has improved within the community, which is known to talk a lot about politics, though they mainly focus on Somali politics back home. Moreover, it indicates that the number of Somali voters will increase in May not because they want to exercise their rights but because they want to influence change. This would also mean they have already started to engage with the local and national politics in the UK.

“Somalis must vote, they must exercise their rights and must use their voice. At the same time they must understand how to hold politicians or elected officers to account. Many people want to complain but they don’t know how to do it.

“My mother and the rest of the family have voted Labour but I must see what’s on offer because, as a British Muslim young person, I can’t get employed – let alone find a decent job – because of islamophobia and going to university is too expensive and unaffordable nowadays.”

Somalis have faced many challenges, which have been identified as barriers to integration and participation. The main issues that have rated top of the list of community concerns include unemployment, education and training, culturally appropriate health services and islamophobia – amongst many. Nevertheless, they possibly seem to understand that the only way to voice their concerns is through the ballot box.

Many in the community are disillusioned with the political process due to lack of acknowledged follow-up response to any of the issues they have raised. On the other hand, a sizeable number of Somali voters strongly believe that their vote can make a big difference. The Somali saying ‘no wells were dug for them, no rescuers on the way’ can perfectly explain the current situation of the community, but their vote will not only prove decisive at the election outcomes but will, of course, empower them to gain a recognised voice too.

Abdi Mohamed is projects manager at the Bristol Somali Media Group. BSMG are co-hosting Get Heard Bristol West with The Bristol Cable, ACORN and Ujima Radio. See getheardbristolwest.org.uk for more.

"An Illegitimate goverment with scary policies": Thousands of Bristolians protest against Tory cuts 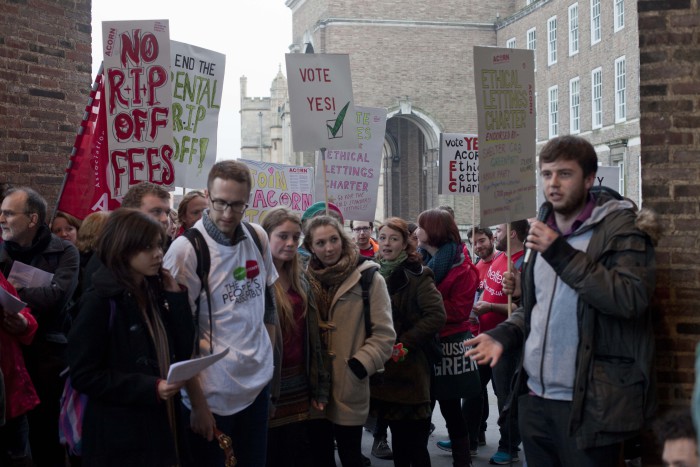