On Tuesday, mayor George Ferguson admitted that the Bristol North Baths development was a “train wreck”.

Ten years ago, Bristol City Council closed Bristol North Baths and awarded the redevelopment of the building to little-known developer Chatsworth Homes over a lower community-backed bid, then lent the developers £3.41 million of public money when it failed to raise the necessary funds. After years of delays and a report that found access problems, fire risks, and poor workmanship – which cost the public a further £40,000 – substantial work remains to be done, bringing the ability of Chatsworth Homes to repay its loan into question.

In October 2005, Bristol City Council locked the doors at Bristol North Baths on Gloucester Road in Bishopston. “This facility is no longer open to the public”, said a sign on the outside of the building. The council had opened the newly constructed Horfield Leisure Centre earlier the same year and used this to justify the closure of Bristol North Baths, where swims were already being heavily subsidised by public funds.

In the summer of 2006, a tender process took place to sell the Bristol North Baths building out of public ownership. The pool building was considered by Bristol City Council to have little commercial value because it was Grade II listed and in a poor state of repair. For this reason, it was sold as a job lot, together with the neighbouring shoppers’ car park and the nearby Cheltenham Road Library in order to form a ‘commercially attractive’ package.

The council received a number of sealed bids, the highest of which was from Chatsworth Homes in the sum of £1.3 million. The community-backed bid was placed second. Bristol City Council selected Chatsworth Homes as their preferred bidder, ignoring their lack of track record in commercial property development. Shortly after their plans for the sites were approved in November 2007, contracts were exchanged on the sale of the three linked sites and the council received a 10% deposit (£130,000) from the developer.

Not long after the exchange of contracts, the global financial crisis hit and the developer revealed to the council in 2008 that they were no longer able to raise the funds needed to undertake the development. A three year period of inactivity then followed, during which Bristol City Council used numerous excuses to explain to enquiring members of the public why the project had not yet commenced on site.

In the autumn of 2011, instead of returning the property to the sales market, Bristol City Council took the remarkable step of directly assisting the developer to improve the profitability of their development plans. They achieved this by removing all affordable housing from the scheme and agreeing to lend Chatsworth Homes, a private profit-hungry property developer, £3.1 million to convert the pool building into a medical centre, construct ten flats and a public library.

Bristol City Council also seemingly agreed to provide an unlimited supply of professional assistance from highly paid members of the city council’s property department. For good measure, the council also approved an additional 10% contingency loan facility, just in case things went ‘pear-shaped’. In return for this practical and financial help, Chatsworth Homes agreed to pay the remaining balance of the purchase price (£1.17 million) and repay all borrowing from the public purse on completion of the development, together with accrued interest at an annual rate of 7%.

Stunned into silence by the announcement that Chatsworth Homes were to receive this help from public coffers, which seemingly exceeded that allowed by EU State Aid Regulations, local people had no option but to wait and watch. In August 2012, Lib Dem Councillor Dr Jon Rogers, the then Deputy Leader of Bristol City Council, handed over the keys to Kevin Batt, the owner of Chatsworth Homes.

It wasn’t long before Chatsworth’s inability to procure a development of this size proved true. In February 2014, the developer was ordered to stop work by Bristol City Council after concerns were raised about the quality of their work. The public purse picked up the bill for the £40,000 report into the defective workmanship and, after a four-month pause, work recommenced.

In March 2015, construction work stalled once again. Only by repeatedly requesting information from the council’s lead project officer were we able to ascertain that the developer had exhausted the entire £3.1 million loan and all of the additional contingency fund by the end of March 2015.

Two months later, Bristol City Council admitted that the cost of the project had exceeded the amount of Chatsworth Homes’ original forecast. With loan interest accruing at a rate of more than £4,000 per week and owing nearly £5 million to Bristol City Council, it now seems likely that the debt-ridden developer will be unable to borrow any further funds that they require in order to complete the flats, library and medical centre.

On 22 June 2015, George Ferguson announced that he was taking “much more direct interest” in the project and that Chatsworth Homes were now on their last chance to make things work.

Bristol City Council seem determined to watch Chatsworth Homes limp on and ignore the sad truth that these sites now need to be taken back and re-offered for sale to mitigate further losses. As we approach the 10th anniversary of the closure of Bristol North Baths and the future of the building is as uncertain as ever, we cling on to the hope that it could yet provide a community hub for local people.

by Matty Edwards and Lucas Batt on 20th November, 2020

It may be good news, but new cases remain among the highest in the country, and hospitals under serious pressure.

by Alon Aviram and The Bristol Cable on 19th November, 2020 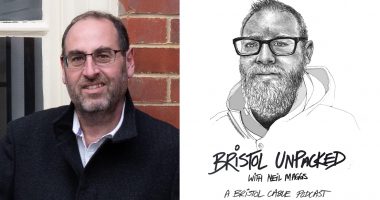