In 2013, Bristol council announced ambitious plans to cut its tenants’ energy bills by putting solar panels on their roofs. Two years on, we find that the progress has been less than stellar.

It doesn’t take a scientist to figure out that this point in the calendar, with its bright skies and long daylight hours, is a pretty handy time as far as solar energy goes. That’s especially true in the southwest of England, the UK’s sunniest region.

Rewind two years to summer 2013, and solar was big news round these parts. Around the same time as Bristol was being named European Green Capital for 2015, mayor George Ferguson was trumpeting his ambition for the city to be largely solar-powered by 2020.

While some experts described Ferguson’s proposals as unlikely, by October 2013 the city council was unveiling a £47million programme to kit out its property (it owns 40% of land and buildings across Bristol) with solar panels. Most impressively, in a region where inequality is an ever more important issue, its plans included putting the technology on up to 7,000 council house roofs. This would mean low-income households being able to take advantage of free daytime electricity.

Speaking to Inside Housing magazine that autumn, former assistant mayor Gus Hoyt spoke of “immense commitment” to the housing element of the programme. Richard Lowe, the officer co-ordinating it, estimated 1,000 “easy-win” council houses would have their solar panels in place by midway through Green Capital year. By the end of 2013, “a £47m investment in solar energy for council homes” had made it onto Mayor Ferguson’s list of achievements for his first full year in office.

While the financial fine print remains hidden, experts are puzzled as to why the local authority has been unable to set its plans in motion

As we move into the second half of 2015 however, the picture is somewhat less bright than predicted. The council, which is in the process of launching its own energy company, has forged ahead with equipping its corporate buildings, plus some leisure and community centres, with solar panels. But as yet, not one council house has benefited – with the scheme instead being quietly put on hold during summer 2014.

Why is this? Well, like any individual or business with solar panels on their roof, Bristol council benefits from the UK government’s Feed-In Tariff, meaning it gets money back from electricity generated and piped into the National Grid. In the case of one of its office blocks, it gets a second bite of the cherry, via reduced electricity bills. Internal emails seen by the Cable indicate that when this saving goes into tenants’ pockets instead, the council’s sums – despite 2013’s bold statements – simply no longer stacked up once a tendering exercise had taken place.

“We suspected all along [that] the housing element was going to be difficult, because you’re giving electricity for free to tenants,” a council source admitted in May. “The financial model didn’t quite work.”

“There are no immediate plans to install on housing,” the source added.

Bristol council has from the outset refused, on grounds of commercial sensitivity, to reveal what return is necessary on its money in order to make its scheme viable. While the financial fine print therefore remains hidden, experts we speak to say they’re puzzled as to why the local authority has been unable to set its plans in motion.

“Right now, if you put money in the bank you get 0.5 to 2% interest,” explains Andrew Eagles, managing director of the Sustainable Homes consultancy. “With some solar panels having come down in price by 60%, you can get between 10 and 12% return from solar at present – it’s solid.”

Coincidentally or not, since we began looking into the subject it seems the wheels of progress could be rumbling into action.

“The next big target is the solar PV programme for our social housing stock. But the project must be a feasible one with all proper checks and balances in place,” Ferguson tells the Cable.

“We’re looking again at whether a solar PV programme can be delivered in Bristol, for the tenants of the council and other social housing,” adds Bristol council’s energy service manager Mareike Schmidt. “We’re talking to housing delivery colleagues and have a seminar planned with contractors to see if it makes sense to go ahead. I would say we’re on the case.”

Schmidt refuses to be drawn, however, on whether Bristolians should expect to see hundreds of solar panels decorating the roofs of Knowle West or Southmead any time soon. But with the new government’s proposed £12bn of benefit cuts set to make life more difficult for many of the city’s lower-income households, it would be more than a little disappointing if Europe’s Green Capital fails to deliver on its plans to ease the burden of energy bills on its tenants.

All content is currently created on a volunteer basis. If you like what The Bristol Cable is doing then please become a member of the co-op or donate today!

“I’ve got to be honest, things are bad across the board.” What is the state of Bristol’s mental health? » 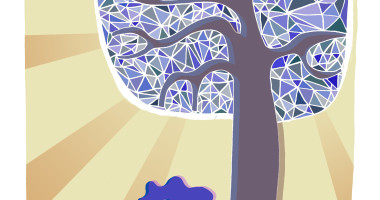