News from around the world that you might have missed…’

On Wednesday 12th August there were explosions in the Chinese city of Tianjin after a chemical warehouse unit storing sodium cyanide blew up, killing 114 people, injuring 700 and displacing at least 6000. Sodium cyanide is mostly used in chemical manufacturing and in the mining industry and is fatal if inhaled or ingested as it interferes with the body’s ability to use oxygen.

Environmental damage and its impact on the lives of people in China is sparking protest across the country.

Environmental damage and its impact on the lives of people in China is sparking protest across the country. In towns and cities demonstrators are demanding a response to the growing destruction generated by the very engines of China’s economic growth: factories, power states and chemical plants. So far these protests have been fairly localised, although connections are starting to be made, especially through social media tools like Weibo; China’s answer to Twitter. As one activist, Deng Fei, said, “Chinese people were like shattered glass before we had Weibo. There was no way to unite”. Now there is.

Correction: This post originally stated incorrect information. This has now been corrected. The Cable and author apologise for this error.

A backlash against the ‘Black Lives Matter’ movement is taking place in the USA. On Thursday 3rd September, Bill O’Reily, a news pundit for Fox News, asked if this movement should be labelled a hate group. This forms part of a series of attacks launched by the right-wing media that talks as though this movement against police violence, which is intentionally non-violent, is itself responsible for recent shootings of police officers.

The movement was ignited in St. Louis when a white police officer shot and killed Michael Brown, an unarmed 18 year old African American. Thousands of protesters gathered across the country in uproar and ‘Black Lives Matter’ was born. Over a year later later there have been protests in every major city in the USA seeing the most sustained period of anti-racist protest in decades. What is unique about this movement is that it seeks to centralise the voices of those marginalised by both society and social movements; as said by co-founder of ‘Black Lives Matter’, Opal Tometi. This approach has opened up the political space for Black trans people, Black immigrants, Black incarcerated people, low-income Black people and Black people with disabilities to be at the front, leading this bold, systemic and radical movement for justice.

Responding to the need of Syrian refugees – Iceland

In response to the Icelandic government saying only 50 Syrian refugees would be accepted into the country this year, 11,000 Icelanders have offered to take refugees into their homes, forcing the government to rethink. Officials have now reached out to the United Nations Refugee Agency, stating that Iceland is willing to take more refugees.

Nearly four million Syrians have fled their country and over seven million are displaced within their country’s borders. With the civil war still raging after four years of violence and huge suffering endured by the civilian population, people are leaving their homes and communities. The majority of those leaving Syria are going to neighbouring countries, with nearly two million currently in Turkey.

11,000 Icelanders have offered to take refugees into their homes

Those making it to Europe number in the hundreds of thousands, with latest estimates saying less than 5000 Syrian refugees have been granted asylum since the start of the humanitarian crisis. Within this number, 219 Syrians were resettled in the UK under the Government’s ‘vulnerable persons relocation scheme’. This is about the same number of people that would fit into one train carriage. After huge public pressure, the UK Government agreed to resettle up to 20,000 Syrian refugees by 2020.

All across Europe, citizens are coming together saying ‘Refugees Welcome Here’. People are offering shelter, food, friendship and solutions to a situation that has only become a crisis due to governments’ failure to act and respond to the needs of fellow human beings.

Growing your own veg, self and communities » 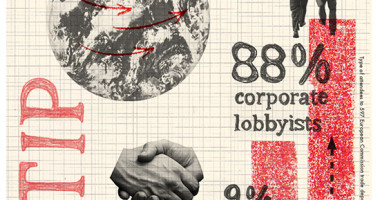 Will Bristol Vote Against TTIP?

All parties back giving more power to local authorities, but TTIP will do the opposite - taking decision making away from us and the people we represent.