The Long Read: What links Tory donors, a secretive society, mayoral power, a council rebellion, and millions of pounds? Nothing better than the sale of a public asset to kick up a fuss.

The link is Avonmouth Docks, and the sale by Bristol City Council to the Bristol Port Company of the land beneath them. After multiple attempts, the final stage of the Port’s privatisation, started in 1991 by the Labour council, has been completed with the freehold to the land finally in the hands of David Ord and Terence Mordaunt.

The businessmen are both regulars on the Sunday Times rich list, members of Bristol’s centuries-old elite secretive society The Merchant Venturers and massive donors to the Conservative party with a combined total of over £640,000 since 2001. Real one percenters.

However, the purchase wasn’t easy. It involved dozens of hours of council processes, secret meetings, a high profile sacking and good amount of controversy.

This is the story of a Bristol privatization.

With plans underway for developing a deep sea container terminal at the major port of Avonmouth, according to a council report, the Port Company has repeatedly approached Bristol City Council over many years with an offer to upgrade their stake in the land, from leaseholders to freeholders, or from renters to owners. After the most recent offer to buy the council out was rebuffed in 2012, a new opportunity arose with the election of a Mayor. Here was somebody with new powers that could break the deadlock of previous councils. And that’s what happened, but not without a fuss.

Prior to plans for the sale being made public the Mayor met with Ord and Mordaunt in December 2013. They may have been on speaking terms already as George Ferguson was a Merchant Venturer himself, before resigning upon becoming Mayor. We don’t know what they said, as no minutes of the meeting were made. Months later in March 2014 the plans for the privatisation were mentioned in the Mayor’s Forward Plan document under the mysterious subheading Project Victoria. The urgency and commitment to the sale is obvious however from a September 2014 meeting between the Port representatives, a Conservative councillor for Avonmouth and the Mayor. The minutes state only “Freehold: Update given – proceeding. Target is October to complete.”

A year and a half of wrangling between the Mayor and councillors followed.

Rebellion, a sacking and loads of meetings

A valuation report by property services giant Jones Lang Lasalle in October 2014 recommended that the £10 million the Port Company had offered would be a good sale price for the council. In February 2015, the valuation was made available to the Place Scrutiny Commission and the Mayor, who subsequently publicly announced the intention to sell up. The Bristol Cable’s access to the report, commissioned by the council at a cost of £15,000, was repeatedly denied up until March 2016 (see document).

With the freehold sale of a nearby warehouse a tenth of the size for £8 million, the sale for £10 million of a 2,600 acre estate to a company that brings in an annual operating profit of £82m caused concern. Other issues including the possible conflict with the development of the Henbury Loop Line also remained. Five Labour and Lib Dem councillors used a council mechanism to “Call in”, or review the process of the Mayor’s decision to sell. An Extraordinary Full Council meeting was then held on 2nd June 2015 to discuss the sale. The meeting delivered a major blow to the Mayor’s plans with 41, or 70%, voting against the proposal and just 16 voting in favour.

Minutes from the meeting show cross-party councillors citing serious concerns about the worth of the deal, the valuation report on which it was based and consistent lack of transparency. Councillor Telford (Green) refused to read the valuation report in protest, saying that it should be made publicly available. Councillor Mead (Labour) expressed concern about the procedures that restricted or “exempted” key information, leading to difficulties for fully informed decision making and scrutiny by councillors. Councillor Holland (Labour) displayed frustration about the way in which information had not been shared properly with councillors. Councillor Hopkins (Lib Dem) said this should not be a “smash and grab” sale, and a strong negotiating position should be taken towards a “desperate purchaser”, as the Port seemed so keen to buy. Councillor Brain (Labour) was concerned that there was “more to this picture than meets the eye”.

Councillors who viewed the document were kept under supervision by council officers during limited consultation windows, and were not allowed to take notes or discuss with anyone in the room. Councillor Negus called it “the most one sided report I have ever read”, echoing concerns raised earlier in the Place Scrutiny meeting that “the likelihood of a considerable uplift in the value of the asset” was not accounted for in the £10 million sale, and could represent only a short term benefit.

Facing down councillor opposition, and armed with a supportive independent valuation report and the backing of senior council bureaucrats including the Director of Property (a former corporate property consultant), the Mayor argued that the £10 million represented a “very good deal” and a much needed windfall for our austerity-hit city. Credible arguments were also laid down that the Port needed the freehold in order to attract investment and add to the local economy, whilst at current the freehold represented little active value to the council.

Pressing ahead and under no legal constraints by the councillor rebellion, the Mayor succeeded in passing a motion to sell at the executive decision making cabinet meeting two weeks later. All members of the cabinet conceded to the terms of the sale. Except one, who had changed his mind about the sale citing sustained frustration with the process and concern regarding public interest safeguards. That one was Labour Assistant Mayor Mark Bradshaw. Bradshaw was unceremoniously fired with an email by Ferguson within hours. The drama in the council continued, with Mayor Ferguson accusing the other politician and Labour mayoral candidate hopeful of ‘playing politics’.

The decision to sell at that value may or may not have been a good one for financial reasons. £1m will be allocated to the Avonmouth & Lawrence Weston Neighbourhood Partnership. The use of the remaining £9m remains unclear. Yet questions remain about the influence of some of the most powerful people in the city, and country. The Bristol Port Company has routinely been pulling levers to protect their interests at the Port. And David Ord and Terence Mordaunt, “good chaps” as described by Ferguson, have many levers to pull.

Over the years, the owners have deployed standard methods of corporate lobbying to stake out their interests in the city and beyond. In the run up to the mayoral election of November 2012, the Port Company offered a donation of £2000 to each of the main party candidates, as well as to George Ferguson’s party Bristol First. Initially, according to the Port Company, Bristol First repaid the sum in December 2012, after the election. This information was subsequently amended in a Freedom of Information disclosure where the Port Company stated that Bristol First refused to accept the donation in the first place, before the election. However, this is still unclear as George Ferguson told the Cable “I did return (emphasis added) a £2000 donation to the Port Co, as I felt that it was inappropriate to accept funding from a company in which the City Council has a shareholding and that I might as Mayor have to take decisions about the future of the port.”

The pair have also been embroiled in controversy surrounding cash for parliamentary questions. In 2013 Charlotte Leslie Conservative MP for Bristol North West (which contains Avonmouth) asked questions in the Commons about the proposed Severn tidal barrage project. She was “unspeakably sorry” for failing to register a £12,000 donation to her constituency party by the Port Company and David Ord Ltd, who were vigorously campaigning against the project at the time.

David Ord, awarded an honorary Doctor of Laws by Bristol University 24 days after donating £5,000 to the institution, also gifted £77,500 to the Conservative Party whilst the barrage project was being reviewed in Parliament. His individual donations to the Tories now total nearly £600,000. The barrage project was eventually dropped by the Government. Coincidentally, George Ferguson stated his own opposition to the tidal energy project, citing concerns for the Welsh economy and the Port’s business. The Mayor denies any conflict of interest, saying “I only had one interest and that was to strike an excellent deal for the city, which we did, with best professional advice.”

With the freehold now firmly in hand, the Port can crack on and “invest in this important UK asset” and develop the £600m container terminal, unconstrained by local government. To what end we don’t know, although a meeting and signing of a Memorandum of Understanding in June 2015 with the Chinese state owned Guangzhou Port Authority may be a sign of things to come.

The development has since been shelved, provoking a further rebellion by councillors and campaigners.

But we don’t know…

The Cable has tried vigorously to get the full low-down on this story. We have been rebuffed on access to information, correspondence and reports, before and after the deal was signed. This ongoing lack of transparency for months on end serves to makes the whole process seem suspicious. Why no minutes of secret meetings? Why restricted, and no early and full access for public representatives in a matter of huge public interest? Why no access to the valuation report until March 2016, after a half dozen requests? (We have it on inside authority that Jones Lang LaSalle requested specifically the Cable not be given access.)

Whilst the decision itself may or may not turn out to be in the public interest, the process most certainly isn’t. Where such high profile characters and stakes are at hand, and when a Mayoral system endows such executive authority, any lack of transparency makes the whole thing seem as fishy and murky as the privatised seabed at Avonmouth. But that’s another story.

The full response from the Mayor, from which excerpts are included above, will be made available at thebristolcable.org

Correction: The print edition states that a meeting between the BPC and the Mayor took place in September 2013. This in fact occurred in December 2013.

« We’re aware that the elections in May are pretty boring, so…

Taking back money and power: action in St Pauls » 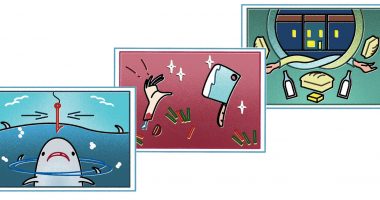 Veteran Merchant Navy men and women in Avonmouth, Bristol bobbed along to the melodies of their youth as they watched a community play about sailors' tales.