What awaits older Bristol residents when they move into nursing and care homes? For many, it’s poor care, precarity and – in the case of self-funders – enormous financial cost.

Elderly care rarely attracts column inches, beyond horror headlines such as those surrounding Ashbourne House, a Henleaze service in ‘special measures’ where clients were found last year to be at risk of malnutrition and dehydration. But in recent months the sector’s funding crisis has received attention: research by the ResPublica think-tank predicted 37,000 care beds could be lost nationally in five years. The government’s response? To encourage councils to raise council tax by 2%, a measure to temporarily avert catastrophe – which Bristol council greenlighted in February (a move the Tories voted against).

But the problems with elderly care can’t be fixed with a short-term top-up, and go far beyond a few ‘bad apple’ homes. Waves of cuts since 2010, amounting to a 17% spending reduction, have hit hard, while the recent financial crisis has exaggerated damage caused by unregulated privatisation and deep financialisation over the last two decades.

Bristol council sold seven care homes in 2012, despite a campaign to maintain them. Now, it rates below average nationally in terms of monopolisation by big firms and in terms of standards. Meanwhile, numbers of elderly residents and people living with dementia and other age-related illnesses are set to rise.

Cashing in on elderly people

Around 35% of Bristol’s care home beds are in homes backed by investor firms, Cable research has revealed – and all of those are services ‘requiring improvement’ according to the Care Quality Commission (CQC). The most notorious is the troubled Four Seasons Health Care, backed by private equity fund Terra Firma, which runs six Bristol homes totalling 317 beds. Four Seasons has weathered severe financial trouble recently, fuelling worries it could have been ‘the next Southern Cross’ (the biggest care home provider when it went bust in 2012, affecting 31,000 vulnerable residents).

Other Bristol homes are run by companies linked to real estate investment trusts floated on the New York Stock Exchange. Meanwhile Bupa, which runs 60-bed Druid Stoke Care Home (‘requires improvement’) and 171-bed Amerind Grove Nursing Home (in ‘special measures’), is an enterprise that announced UK profits of £55.4million for the first half of 2015. There are rumours Bupa will sell 200 homes, potentially to buyers “including larger private equity houses and North American, Middle Eastern and sovereign wealth funds”, according to the Financial Times.

“Profit doesn’t work in the care sector,” says Eileen Chubb, from charity Compassion In Care. “It’s got worse and worse the more people have gone into this area; the more unsuitable venture capitalists that are trying to make money out of misery – standards have gone down.” She points out that with council-run services, at least there were clear lines of accountability.

The ‘big player’ companies have been most vocal about the sector’s funding crisis. They omit from their pleas to the government, however, the amount they must spend servicing debts and paying shareholder dividends. The biggest chains calculate their costs to include a 12% ‘return on capital’, while using tax avoidance measures, research by the Centre for Research on Socio-Cultural Change has shown. The added costs sucked from the taxpayer and private clients, who often have to sell their homes to afford care, don’t appear in their forecasts.

They’re also responsible for the shift – set to accelerate as family-run businesses close – towards large institutions of over 60 beds. Local authorities tend to pay better, too, whereas big private firms cut costs by paying the minimum wage – and claim the new rate being introduced in April threatens the industry’s sustainability. For Fred Jerome, area organiser for Unison South West, the focus on the wage increase ignores the real issues, which must be resolved by the government, alongside companies and staff: “To hit it back onto care companies and workers – it’s not even a living wage – is completely unacceptable.”
Without more government funding, big companies claim they’ll be forced into only accepting self-funded clients, leading to predictions that without intervention, a ‘two-tier’ provision will appear whereby decent care is the preserve of the rich. Twenty per cent of older people in Bristol live in income-deprived households.

The solution: publicly owned and accountable

The appalling state of elderly care in Bristol mirrors the national situation. Dramatic changes are needed to avoid the slide into mega-homes, polarisation of standards and the public shouldering losses while profits stay private. The Bristol Clinical Commissioning Group caused controversy recently with moves to allow tax-avoiding corporations to bid on contracts – yet the privatisation of elderly people’s homes has yet to be scrutinised.

Our most vulnerable citizens are receiving often substandard care from companies whose business models are fundamentally incompatible with a sustainable, fair and affordable welfare service. For the future, in Bristol and elsewhere, the tide must be turned back towards accountable publicly owned services.

The problem in numbers

• Nationally, the Care Quality Commission has rated 44% of adult social care services as ‘requiring improvement’ or ‘inadequate’. For elderly residential care in Bristol, that figure jumps to 55%.
• The five biggest care companies account for 20% of bed capacity nationally. In Bristol, they account for 28%.
• Bristol has the eighth most expensive elderly care in the country (average cost – £654.50 per week), but ranks 34th in quality according to LaingBuisson’s sector analysis.

Would I put my mum here?

Is the Care Quality Commission doing its job? The regulator has been criticised for rating homes as ‘good’ which have then been exposed by whistleblowers as having serious safeguarding issues, and for allowing failing homes to shrug off unflattering histories. Compassion in Care have moved to take the CQC to trial for misconduct in public office, due to repeated failings.

In Bristol, St George’s Care Home received a dire assessment in June 2012, then passed in September 2012. It was re-registered, meaning previous reports were no longer available online for the public. In April 2014, it passed another assessment, but in 2015 was given a ‘requires improvement’ rating when it failed all CQC criteria, breaching many legal requirements. Is the CQC’s ‘robust’ new rating system, introduced in 2013, working?

« The so-called exclusives of Bristol media… 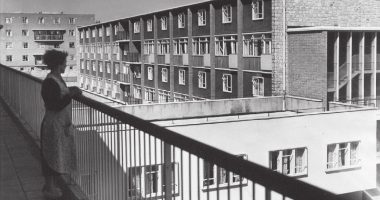