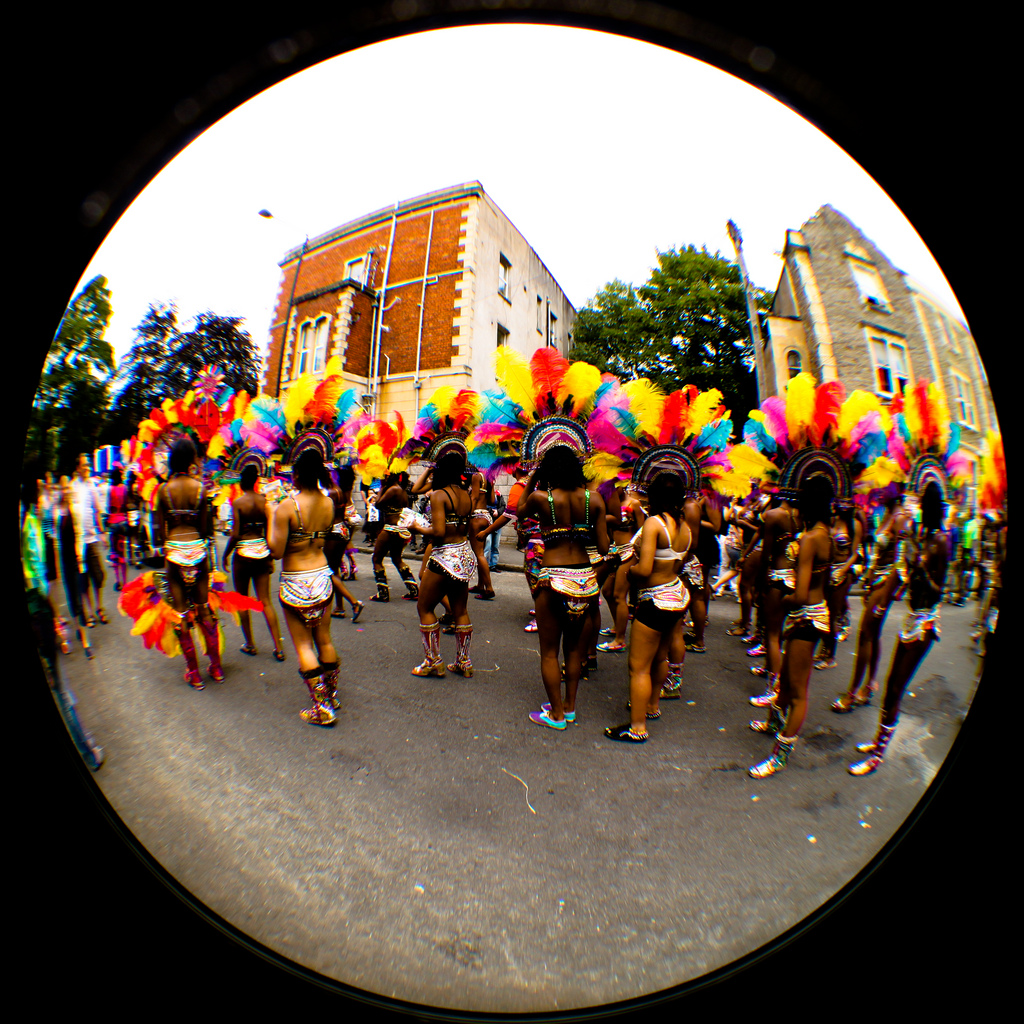 What are the community saying about the future of St Pauls’ Carnival, and how can we bring it back to its former glory? Shaun Clarke reports.

“Together we stand!” That’s the motto of St Pauls’ African Caribbean Carnival, a reminder of why we’re here.

Since the 1960s, the streets of St Pauls have been taken over by sound systems and carnival parades on the first Saturday of July. It’s a celebration of Afrikan Caribbean culture that has flourished in the area and added significantly to Bristol’s cultural ambiance – and generated thousands of pounds to the city’s economy.

During the last two years the Carnival has met with problems and last year – as many will know – it didn’t take place at all, due to difficulties in finding an events management team approved by the authorities to deliver it safely.

For some the difficulties facing the carnival have led to talk of “collapsing this black led organization of nearly 50 years” rather than supporting it. This comes months after talks of also potentially losing the Malcolm X centre, a community centre in St Pauls, which happens to house some Carnival operations.

Last November a ‘solutions-based’ meeting was held in the Malcolm X. The next is planned for May. What are the community saying about the future of the Carnival, and how can we bring it back to its former glory?

“There’s a sense that the Carnival has been a casualty of its own success.”

I attended the November meeting at the Malcolm X, one of a wide range of people in attendance showing how highly the event is valued.

There’s a sense that the Carnival has been a casualty of its own success, it has grown too big, too fast and is now like a monster out of control. Some people felt the Carnival had loss its ethos and commercial business was overshadowing the event and forcing expansion which might not be necessary or the best thing for the Carnival. Its stated aim and ethos has always been “To promote and advance the education, appreciation and practice of African and Caribbean Arts, Culture and History”.

A woman told a story about one of the biggest corporate sponsors, Red Bull. “They had the best stage,” she moaned. A senior member of the community said he remembered when the Carnival started, its independent beginnings when ‘big’ funders didn’t exist, implying that dependency has meant a loss of focus and a loss of control. Back then it was a case of the local people delivering the event, not the event being delivered to them.

Another participant criticised the fact that due to excessive drunken activity the overall budget must cover extra policing, and that a VIP area blocked access from a park from local residents.

A major hurdle for the Carnival’s continuation is the cash: the main funders, Bristol City Council and Arts Council of England, withdrew their support. Despite losing what had become the event’s financial lifeblood, the committee feel that ‘the carnival must go on’.

Although some attendees felt someone had to take responsibility for the current predicament, more important was how to rescue the Carnival for the future.

“The Carnival must go on.”

This is a time to be creative, a chance to develop a new model, reconnect with the community and make carnival independent in future – not reliant on external funding bodies. Perhaps going back to Carnival’s humble beginnings can help bring it back from the brink.

The main points that came up at the meeting, I agreed with wholeheartedly: yes to adopting a model for enterprise, and to keeping it Afrikan Caribbean-led. The discussion veered towards a new approach, one which would involve new sponsors and more ownership from local businesses that benefit from the event. Local people’s engagement and contributions were also discussed.

I believe it can work for all involved.

It seems like a mere case of a lack of transparency from the committee, has led to rumours and misunderstanding which we the public as observers and members can’t quite believe. There’s admittance that the Management Committee, and the Constitution with its aims and objectives and charity status could do with updating. “It’s a business, so ought to be run that way,” was the insistence of some in attendance. Insightful given that by 2018 all available funding could end.

Regardless of past tribulations there needs to be a shared vision of what makes the event and what direction the organisation should go. Funders should meet Carnival organisers halfway, with mutual transparency for a productive relationship. An injection of youth is required and forthcoming. Apprentices are better few than none.

A general membership drive is attainable. Local and national business need to be consulted. St Pauls’ Carnival doesn’t need to sell its soul, rather it needs to find the right balance where input and support is concerned.

And does gentrification threaten to bring community disloyalty, or can it be absorbed somehow? At a time when three council flats across the road from the Malcolm X Centre are being privately auctioned by Bristol City Council.  Perhaps it’s not about where you’re from (in terms of specific community or postal code) but where you’re culturally at, although that’s not for me to decide.

“Funding should not determine the destiny of this event.”

Come what may Friday 20th May 2016, the Carnival’s annual general meeting will take place, in the hope that new faces will be recruited to help the mission. This Committee say they are looking for individuals, groups and organisations to support the delivery of this year’s Carnival Celebrations. Amirah Cole related that, “Funding should not determine the destiny of this event”.

It’s like restarting the computer for the sake of updates, or pressing the refresh button, and it stands to reason that some things may not change, such as an aim; ‘To promote and advance the education, appreciation and practice of African and Caribbean Arts, Culture and History.’

Once management is in place, the general membership informs them, so what can go wrong in future? Bad luck, which was the problem when appointing the last Event Management Team, or a conspiracy to eliminate the event? Surely, whatever the hurdle, it can be overcome.

Perhaps we all need a nudge now and again, as a reminder, a Tweet, or an update, some sort of message that is clear and invites help, collaboration, sponsorship and the strength they bring. To see the event happen is rewarding but for individuals to totally commit voluntarily is challenging. Perhaps it’s just a case of doing as necessary and staying positive.

Do you have a contribution or comment to make? Get involved and help the Carnival – email info@stpaulscarnival.co.uk or visit the Facebook page.

« Votes at 16: Should young people have a voice at the ballot box?

WATCH: One city. One mayor. Our future »

Traveller kids are being “pushed out” says teacher

We talk to the Traveller teacher who’s watching her service disappear.

by Lorna Stephenson on 4th October, 2018