“We are sleeping in the Bearpit and you’re still talking about traffic?”

A mayoral youth hustings earlier this month, and the driest debate of the evening was suddenly put out of its misery with that question from a homeless young man. Sadly, he will not be allowed to vote for Bristol’s next mayor, because he is 17 – an age considered too young to make important decisions about the future of our city.

Today’s 17-year-olds will be 21 before they get to decide which mayor should represent them. Let’s hope not too many of them have to spend the intervening years sleeping in the Bearpit.

Our current mayoral candidates certainly seemed to enjoy having their photos taken alongside Bristol Youth Parliament representatives that night. But what did Mayor George Ferguson mean when he called for “more youth democracy”, at a hustings full of people too young to vote? The UK Youth Parliament has for years called for “votes for 16 and 17-year-olds in all public elections”, the main problem being this: if you do not have the right to vote what power have you got to demand it? This is a problem which has historically driven many marginalised groups to adopt more radical tactics.

The votes-at-16 debate seemed to take a step forward when the Scottish parliament decided to allow 16 and 17-year-olds to vote to stay in or opt out of the UK. The logic was clear – these young people will be living with the consequences of the referendum for longer than any other group of voters. However, this right has not been extended for the EU referendum or our mayoral elections, and there is no sign that it will be for any elections in the future.

“Lowering the voting age would make young people less of an easy target for austerity.”

So why can’t 16-17-year-olds vote? One argument is that they are too easily led, and not mature enough to make sensible decisions. Others might say that it is more political than that. According to a poll commissioned by Conservative peer Lord Ashcroft, 71% of those new young Scottish voters opted for independence. When we look at which parties support lowering the voting age and which parties oppose it, the spectrum lines become clearer.

Labour, the SNP, the Lib Dems and the Greens are for, whilst the Conservatives and UKIP are against. Our current Conservative political monopoly seems to suggest that today’s young people will have to wait a little longer.

The reason I support lowering the voting age to 16 is that it makes young people less of an easy target as their elders decide where to direct the austerity axe. I sit in one of the last council-funded youth centres left in the city, surrounded by young people who are unable to vote for the mayor who will lead a council having 78% of its budget cut.

I also believe young people bring freshness to debates which have been stagnant for years. A record 10,379 young Bristolians came out to vote for our current youth council, and evidence suggests that, on average, 16 and 17-year-olds turn out to vote in greater numbers than those in the 18-25 bracket. 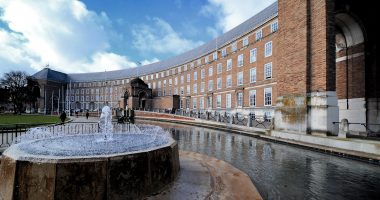 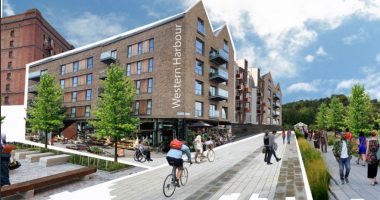 Bristol And The Climate Crisis Interviews