The following statements refer to the academy school system, in which schools are run independently from the local authority. Choose three statements to discuss, giving examples where necessary.

You have 90 minutes to complete the exam.

Education secretary Nicky Morgan’s U-turn in May on the plan to force all schools to become academies by 2022 placated some critics. But although the arbitrary deadline has been ditched, the goal remains the same – the government is just employing other methods. Schools may be made to convert if a local authority “can no longer viably support its remaining schools”; for example, if a “critical mass” of academy schools already exists.

This sounds like Bristol, where 86% of secondary schools and 40% of primary schools are academies, compared with the national averages of 61.4% and 14.6% respectively (figures from January last year, the latest available).

The government has also created positions for regional schools commissioners (RSCs) to hasten the rush to ‘academise’. Introduced in 2014, their job is to identify potential sponsor organisations for new and existing academies, support new academies and free schools and monitor the performance of academies.

The South West’s RSC is Rebecca Clark. Recently the government has increased the powers and resources of the RSCs; for instance, they now work in underperforming state-run schools and encourage their conversion to sponsored academies.

The definition of a ‘coasting’ school – one deemed to be making inadequate progress – has widened so that, in Bristol, up to 40 state-run schools deemed to be ‘requiring improvement’ by the schools inspectorate, Ofsted, may be eligible for RSC intervention.

Overall there is a lack of supporting evidence that academy status leads to improved academic performance for pupils. In fact, as a Sutton Trust report on academy chains (groups of academies run by the same trust) and disadvantaged students found, the effectiveness of academy chains on improving results varies wildly between and within chains. Some trusts are performing well but the majority are actually underperforming, depending on the characteristics of the chains, along with student demographics.

Oasis Learning Trust is a trust running three secondary and five primary schools in Bristol, most of which are rated good or improving. However, a recent Ofsted inspection of the chain, which operates nationally, found that “a legacy of weak challenge and insufficiently systematic or rigorous improvement work has resulted in slow or little improvement for nearly half the academies”. The letter also stated that “disadvantaged pupils, particularly boys, make significantly less progress than their peers nationally”.

Other reports show that for sponsored academies (which are supported by a sponsor such as a business, university or another school) there is usually an initial improvement and capital injection, but many fail to maintain their gains in the longer term. One Bristol example of this is City Academy – once a poster boy for the Labour government’s plan to use academies in urban, failing schools to push up standards, now failing and in ‘special measures’ again.

There are further concerns that academies are more susceptible to league table ‘gaming’, where schools use ‘equivalent’ exams to push up the statistics – qualifications which count the same as, say, a GCSE in performance tables, but aren’t GCSEs.

An example comes from The PiXL Club, an organisation that schools can pay up to £3,200 per year to join, which aims to raise attainment in schools and improve exam results. It recently courted controversy when it emerged that member schools were being encouraged to enter ‘vulnerable’ students into a fast-tracked ICT qualification, which can be taught in three days, and equates, in league table points, to a GCSE. Incidentally, Regional Schools Commissioner for the South West, Rebecca Clark, was a PixL representative for the region before becoming RSC.

One outcome of the crunch on school spending and widespread conversion to the academy system in Bristol has been a significant increase in the outsourcing of PE, drama and cover teaching to private companies. One of these companies, Cardiff-based Superstars Coaching Ltd, has been so successful that its CEO and founder, James Taylor, has been celebrated as one of the top young entrepreneurs in the country. Now the company reaches over 80,000 children.

However, the Cable spoke to three current and ex-employees of the company, and found mixed opinions of the job. One was positive about the experience, while two mentioned feeling underpaid for such challenging work. The staff reported only brief training on behaviour management during their two-day training course. One questioned the quality of the training and materials provided – saying the lesson plans were uninspiring and often badly written with spelling errors. She said she did her own lesson planning outside of paid hours to provide better classes.

Regardless of the teaching strengths or otherwise, one corner that’s hard to square is the question of value. Superstars charge the school £129 per day, excluding VAT, for each ‘specialist’ they provide, yet the specialists are on close to minimum wage, receiving about £50 of that sum. How does the company account for the value added, and how can it be better value than direct employment?

The rapid expansion of companies such as Superstars looks set to continue alongside the academisation of our schools. We need to fully assess the impact of continuing downward pressure on schools’ budgets, both on the quality of teaching and students’ well-being. We need to question the cost-effectiveness of these bought-in services and also question what mechanisms of accountability exist to hold external companies who teach Bristol’s children to account.

— This space was intentionally left blank —

The Cable stands with migrants » 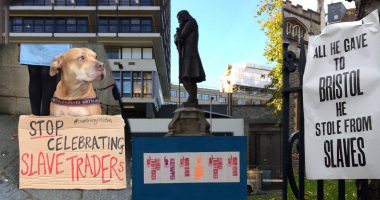 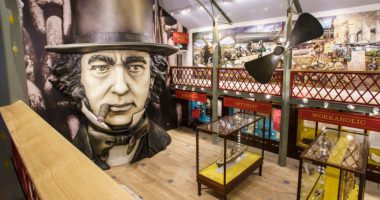 Being Brunel is one of Bristol's newest and most innovative museums that attempts to get behind the myth of Isambard Kingdom Brunel, one of the country's most famous engineers. 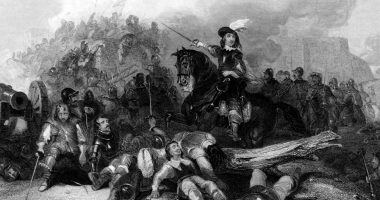 The English Civil War is often reduced to a stereotype of haughty Cavaliers and humourless Roundheads. Yet in reality it was was one of the...