Currently in the Council is our ongoing series to keep you up to date with what’s coming up for discussion in the Council Chamber. It may be ‘dull’ but it’s important, because no-one has ever challenged a government decision that they didn’t know was being taken.

It’s a quiet one for the council committees this week. Even Councillors need to take a holiday now and again and, speaking from experience, those committee rooms are unbearable in a heatwave.

The only thing on the agenda is the ‘Development Control A Committee’ one of the Council’s two committees to discuss planning applications. The main projects being discussed are Queen Victoria House on Redland Hill Road, and two developments in local primary schools, Whitehall Primary and Cotham School.

On Wednesday will be the first meeting of the human resources committee since the local government elections. No agendas published at the date of writing, but you’d guess that a lot of the discussion will revolve around where the ‘government cuts’ axe will fall, while still keeping enough people around to do the job.

We may also hear a little more on the mayoral commission to eliminate the gender and race pay gap. Last we heard of the proposals it was commented that the Council had better make sure it’s own house was in order before asking the rest of Bristol to comply….

The Licenses Sub-Committee meets on Thursday. Here they’ll be reviewing and renewing some of the noise, alcohol, gambling and other licenses issued by the Council.

There are three main developments to be discussed at the committee meeting on Wednesday. The development of the Queen Victoria House on Redland Hill Road, and two developments in local primary schools, Whitehall Primary and Cotham School.

Queen Victoria House, built in 1886 as a school for boys, has been bought by PegasusLife which wants to convert the site into retirement apartments. Although the original building will be kept, the developers want to build two new 4-5 storey housing blocks in the public arboretum at the back of the site. This will be the project’s second appearance before the Committee, so we will hear whether the revisions to the plans asked for last month are satisfactory.

Concerns have been raised around the ‘ugliness’ of the new apartment blocks, because they look blandly modern, and they’re also one storey taller than nearby buildings. Neighbours are worried about people peering in at them all of a sudden. Considering the site is on a hill there is a risk of wind-tunnelling, a hypothetical risk only in the sense that no-one has done any modelling.

Many of the 78 trees to be cut down have preservation orders and the number replacing them is fewer than the the Bristol bylaws require. For that, the PegasusLife have said ‘Fair cop’ and are paying £44,000 in ‘sap-money’.  And the constant refrain, that the development increases population density and congestion.

What takes the biscuit is that because this is, very specifically, a ‘retirement village’ the ‘financial viability’ study says none of the 65 new apartments have to be sold or let as ‘affordable’ homes. The retirees who can afford the on-site sauna, yoga studio, salon and restaurant will surely enjoy the Queen Victoria House memorial garden and its Grade II listed obelisk. As the plans currently stand, you’ll be able to too. But only once a year.

Whitehall Primary is getting an expansion, increasing its capacity by a third. Happy news for parents who missed out on getting a place at their nearest primary, but a mixed blessing for the area in general. There have been 40 objections to the plans, mostly around the fact that the roads already struggle with over 500 children getting picked up and dropped off every day and without careful consideration increasing that number to 750 will be consistently annoying and occasionally quite dangerous.

Wrapping up the day’s discussions will be Cotham School getting a new football pitch! Actually, they’re just putting an astroturf pitch over their current playing field, and gating it off behind a 3m fence. The problem with putting a football pitch in a cage is that it will be noisy with kids banging around in there. Luckily, the unique advantage of a cage over a playing field is that you can lock everyone out after 5pm on a Saturday and every Sunday and Bank Holiday. Not very community spirited on the part of the school and contractors, but the planning committee notes that this isn’t the first time that their ‘conduct’ has been called into question. I wonder what that’s all about?

Because it’s the first meeting of the committee under the new administration, this meeting will mostly be procedural. The start will be about formally constituting the committee with its new members, and stating its remit to make recommendations on pay, banding and terms and conditions of work for Council employees. In addition, the committee will deal with any disciplinary actions or dismissals that are sent its way.

The main item on the agenda for discussion is the work-plan for the coming year, and there’s a lot to deal with. The committee has only five meetings per year, so there is a serious limit on what can be productively discussed and actioned.

There are two themes to the issues the committee will be discussing, the first set of discussions are around reviewing and improving the Council’s current work and work practices. Councillors will be asking themselves and the council officers: how do we change the culture around equality and diversity? How do we get our staff to take pride in the organisation? How do we monitor the impact of budget cuts on the Council? How do we improve the skills of our staff and keep them healthy? And, are we paying everyone enough?

Added onto that are the ambitions for the Council, which have been drawn from Marvin Rees’s election manifesto. The goals are to:

The only thing left to decide now is what the running order for consideration will be, so if you’ve got an opinion on the topic then now is the time to get involved.

We’d be interested in hearing how the Council’s plans affect local people and the local area, or just your thoughts on the topic. If you’d like to talk about some of the issues raised then comment below or email into content@thebristolcable.org.

If you’d rather exercise your democratic right directly, you should come to the meeting! You can also submit a written question to the specific committee so long as it is filed three full days ahead of the meeting. Any questions should be sent to democratic.services@bristol.gov.uk. 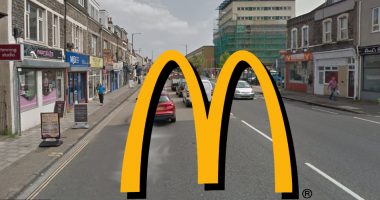