“You’ve seen the results of when people get disengaged with leadership,” says Marvin Rees. “They don’t believe in it and then they’re vulnerable to being seduced by people with smooth lines and easy answers.”

To say that the political environment has changed in the two months since Mayor Marvin Rees swept to victory in Bristol would be an understatement. With the dust settling post referendum result, disillusionment with politics is high and fractures are quickly forming in both the electorate and the elected. From where we meet, in the confines of City Hall, Rees is trying to prove himself a leader capable of steering Bristol away from what he describes as the ‘plan vacuum’ currently facing British politics.

In late June the council overwhelmingly voted in favour of the West of England devolution deal, which could bring extra funds and increased autonomy to Bristol, as well as other less favourable outcomes. Rees is also backing devolution, although he has expressed misgivings about this particular ‘metro mayor’ initiative.

Would he be willing to use his executive powers to override the powers of the council if they voted against devolution? Rees laughs, he’ll have to give that more thought. He agrees the Mayor needs to be the decision maker at the helm of the council, but is wary of disempowering people. “There’s no point leading, if no one’s following,” he quips.

Rees is all too keen to emphasise that people’s disengagement with politics is not just down to politicians; the compulsive finger-wagging of the media has a lot to answer for. And he’s right, whilst many people were struggling to scrape their jaws off the floor, the post-Brexit hysteria was being whipped up by a media that was falling over itself to play the blame game.

“It’s too easy for people to point to party politics and use it as a rod for all the social ills,” he says. “I don’t think we’ve been served well by the narrative of our politics, and that’s fed into people’s sense of alienation and marginalisation.”

Four years down the line, what would be the hallmark of a successful first term as Mayor? An increased participation in local politics is one, he says. However, seismic fractures within national party politics are undoubtedly reverberating locally. With all three local Labour MPs turning their backs on Jeremy Corbyn and large sections of the Corbyn supporting Labour membership, Marvin will have to jump off the fence and clearly spell out his political allegiances and vision soon, lest he let grassroots support for the party ebb away.

On a policy level, Rees is clear it is essential he makes good on his promise to get Bristol building. With land available, investors on board and a newly appointed lead on housing – Paul Smith – he is confident he can deliver a council initiated building programme. However one key question is when? The pressure is mounting, and fast, for affordable housing in Bristol, with 10,000 people on the council house waiting list alone.

But it’s not exactly like central government is making it easy. Smith himself has described the recently passed Housing and Planning Act as “the most coordinated and comprehensive assault on social housing in British history.” Shelter estimates it will be responsible for 10,000 fewer affordable homes being built nationally every year.

Rees remains stoic. He has an amicable way of speaking and exudes a confidence that makes it hard to argue with his vision for Bristol, and is almost unnervingly charismatic. But, against a backdrop of cuts to funding (councils are set to receive a 6.7% cut to funding over the next 4 years, which follows a 30% reduction from 2010-2015) he is also pragmatic about the challenges local government face.

“Do you know what a hospital pass is?” he asks me. “In rugby, if there’s someone just there, and I pass you the ball as they’re about to smack you, we call that a hospital pass. Sometimes it feels like [central government] devolve responsibility without adequate resources, and then they say ‘well, it didn’t deliver for you.’”

And this is why Rees, despite having reservations about the way the deal has been brokered, still thinks devolution will “hopefully free us of some of the binds put on us by local government.” What’s more, he says, this deal is a gateway to devolution deals two, three, four – with each phase arguably a chance to write in more explicit ties on economic inclusion and reducing inequality. However, elsewhere he has been more critical of the ‘metro mayor’ scheme. Speaking to the Council’s Scrutiny Committee in June, Marvin said, “It (devolution) would be something that I would stand against. An increasing accumulation of power and distancing decision making from the community level.”

Perhaps recent events have changed his mind, “I think Brexit heightens the importance of it,” Rees continues to tell me. “The people in the most vulnerable communities in Bristol need us to make sure we are securing the investment we need and not taking chances by going into a plan vacuum that may mean there’s no future investment.”

“There’s no point leading, if no one’s following”

His other big idea for the local area is a City Office, containing representatives from across the major sectors. After all, he says, it is the interaction of these organisations that really shape what people experience from life in Bristol. Delivery of key commitments too, such as the city’s pledge to be carbon neutral by 2050, will hinge on whether different groups in the city can work together.

Some commentators have judged the City Office as moving control towards the unelected and unaccountable. Rees sees it differently. “For me, that’s extending democratic reach over bodies that already make decision for Bristol, but perhaps from invisibility. What we’ll be doing is bringing them closer to the local authority and its elected members”.

He also stands by his decision to form a cross-party cabinet, despite a clear majority giving Labour a strong mandate to govern. To backtrack on his pre-election promises wouldn’t exactly have set the transparent tone he wants. And secondly, if politicians can’t prove it’s possible to work across political boundaries, then who can? But most importantly, what does ‘working’ look like in these uncertain times, and crucially, whose interests do they serve?

« The Cable stands with migrants 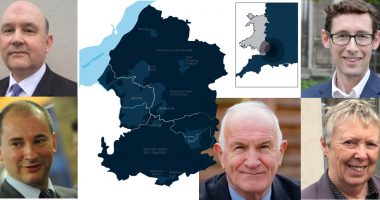 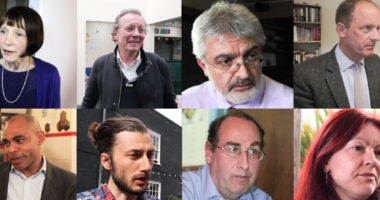 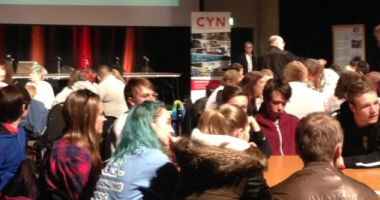 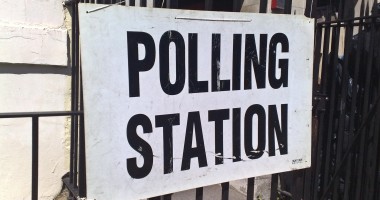 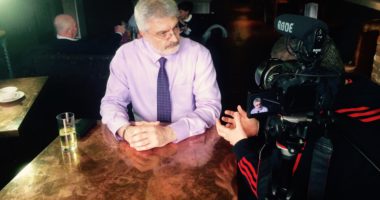