There’s been an invasion of our schools

Why military action in schools isn’t the answer

There’s been an invasion of our schools by men who wield guns. No, they aren’t Islamist extremists. It’s the Ministry of Defence and the armed forces.

Ninety-one visits were made to Bristol secondary schools in the last three years, according to exclusive Cable research, the vast majority of which were at careers events. Their activities include one-to-one mock interviews, careers fairs and other armed forces-specific workshops with a focus on careers.

Of 19 secondary schools in Bristol, 80% have been visited between four and 19 times by members of the armed forces in the past three years. (Of the four who didn’t receive visits, two are Steiner schools, whose alternative brand of education follows the teachings of Rudolf Steiner, who said things like “may my soul bloom in love for all existence”…)

So what’s behind this military intervention in our schools?

One clue is the headlines from the tabloid press that have been sounding the klaxons about the ongoing recruitment crisis in the forces for years. Senior sources in the armed forces have recently spoken about the challenges to recruit enough young people, failing to meet targets for nine out of the last 10 years.

The military frequently try to recruit graduates from universities for officer or specialist roles, but the enlistment of under-18s in particular puts the UK with some unsavoury company. Less than 20 countries globally allow under-18s to sign up, including North Korea and Iran. The UK – where recruits aren’t supposed to see action before turning 18 – is the only place in Europe. Despite not being in combat roles most international organisations class these minors as ‘child soldiers’.

The Ministry of Defence (MoD) denies that active recruitment happens on these school visits. Indeed, while actual enlistment might not take place in the school gym at careers fairs, visiting Bridge Learning Campus in Whitchurch 10 times in 2015 for “careers” workshops suggests that jobs are being advertised and discussed with students, even if they don’t sign the dotted line.

And they are trying hard. The data provided by the schools shows a 50% increase in visits from 2014 to a total of 36 in 2015. 2016 has already seen 19 recorded visits, with half the calendar year still to go and most schools not providing up-to-date info.

Discipline. Teamwork. Problem solving. Leadership. Resilience. These are some of the buzzwords used by the MoD and government to explain the other main reason for a military presence in schools in Bristol and beyond. The government aims to instill in the youth of today the values and attitudes that come with military training and service, and is willing to pay for it.

In May 2016 the government announced a new “funding boost for schools helping pupils develop character”, with £2 million earmarked for projects with “a military ethos” that aim to “instill resilience in children”. This follows millions spent on similar initiatives since 2010.

Whereas a long line of “military ethos” programmes get funding, what about the other professions that have similar skills and the public sector ethos, minus the training for war? The ambulance service, fire brigade and teachers themselves come to mind. (All of whom are in fact fighting against a formidable opponent of their own – the UK government’s cuts and poor policies.)

Along with the positive characteristics and values also comes the necessity of unquestioning obedience to authority and unwavering loyalty. This style of learning, whilst arguably ‘necessary’ to fight a war, is at odds with the type of education that should be promoted in schools and which is needed in society: an education that promotes independent thinking, rather than discouraging it. An education that allows challenging authority, rather than one inspired by the drill sergeant. One that enables young people to understand the world for all its complexities and grey areas.

In July 2015 chancellor George Osborne announced an extra £50 million to establish cadet units in “less affluent areas”, in an attempt to take on low attainment and discipline issues. This approach totally ignores the wider impact on school achievement and pupil welfare as a result of the massive cuts visited by Osborne on our communities. Add to that years of neglect, a generally uninspiring curriculum and stressed out teachers.

A cynical view would be that the approach is aimed at solving both the issue of troublesome pupils and a recruitment crisis in the army, by focusing resources in working class areas. It’s not the sons or daughters of generals and politicians who are targeted in this sort of activity. It’s those who will fill the ranks of the most dangerous frontline roles. School leavers of 16 and 17 are the most likely to enlist in the army under the age of 25 (within the context of a general downward trend of under-25 forces recruitment).

As it is, the recruitment drive is concentrated in communities long neglected by the same institutions that now want them to fight. This of course all comes in the context of a general lack of quality employment opportunities, where a career in the army can look very attractive.

Writing this as a formerly ‘disruptive pupil’ at an ‘underperforming school’, I see the need to address the issues identified by the government. But just because you have a hammer, not everything is a nail. Instead, we need to be looking at who really needs knocking some public ethos into – and it’s not just the young people.

« Interactive: Why did some of us vote leave?

Edition 8 out: A few words from the editorial team » 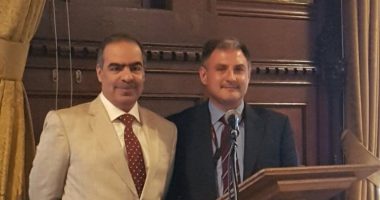 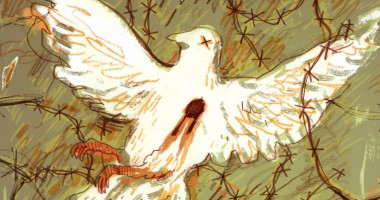 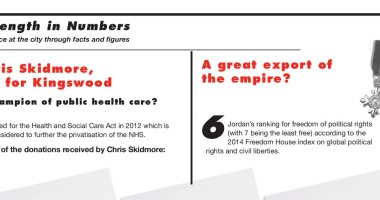 by Adam Cantwell-Corn and Alon Aviram on 3rd March, 2015