Despite levels of air pollution in the area breaching EU legal requirements, campaigners’ calls for more studies on the plant’s impact have been denied.

The council has rejected calls from community campaigners to postpone the planning decision being made on a controversial power station in Lawrence Hill. This would allow for a second independent air quality impact assessment to be conducted.

RADE (Residents Against Dirty Energy) Bristol only recently received a grant to enable them to commission an independent air quality assessment (AQA) on the application, the second that the company, Plutus Energy, has submitted for the inner-city site.

This new opportunity came late in the day: the planning officer’s recommendation for the council, to either approve or reject the plan, is due to be published on Wednesday (6th). The planning committee where the final decision is due to be made is taking place on 13th July.

RADE claim the AQA commissioned and submitted by Plutus as part of the application was based on inaccurate information, and used measures which failed to take the cumulative environmental impact into account.

Regarding the upcoming council decision, RADE campaigner Bruce Yates commented, “[Approving the application] goes against everything they should do, but they might not have a legal reason to refuse it. That’s why we want to give them a legal reason”.

In order to have time to do the assessment, they asked the council to postpone the planning committee. The council rejected the request, stating that the Plutus-commissioned AQA is adequate.

The company has applied to build a STOR (short term operating reserve) power plant running on biodiesel, part of a country-wide move to build more ‘stand-by’ facilities to supply extra power to the National Grid at times of high demand.

“The background level of NOx, which has health implications and can contribute to early death, in the local area is already contravening the EU permitted limits.”

The controversial plan is a second application from Plutus Energy, who submitted an application for a diesel ‘flexible generation’ facility back in September – a plan that was thrown out by the council due to air quality concerns.

The new application, despite its greener biodiesel credentials, has prompted hundreds of objections from locals. The proposed site is in close proximity to St Philips Marsh Nursery School.

The main criticisms levied at the Plutus air quality assessment by the plan’s opponents are that it rests on an assumed limit of 200 hours of operation per year, which campaigners say is a gross underestimate of the likely operational hours.

The assessment also uses the ‘peaking pollution levels’ rather than the background level when assessing the NOx (nitrogen oxide) pollution. The background level of NOx, which has health implications and can contribute to early death, in the local area is already contravening the EU permitted limits.

As stated by RADE campaigner Liz Beth in her letter to council, “the resulting pollution is potentially particularly devastating for a population of children that already record the highest number of hospital admissions for asthma in the city.”

Interactive: Why did some of us vote leave? » 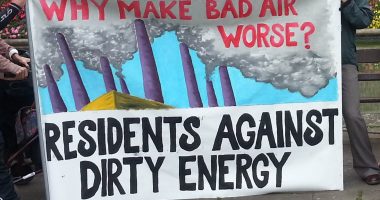 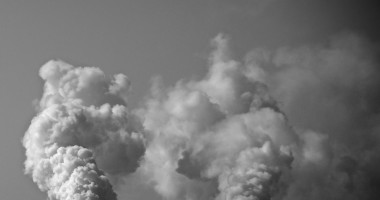 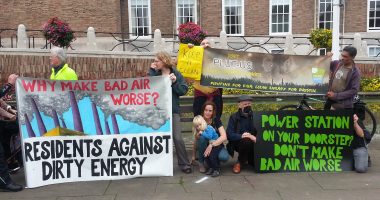