In the interests of transparency: a window into the Cable

What is the ‘public interest’? If we were to judge it by the metrics of YouTube views or Facebook page likes, Psy’s Gangnam Style and Shakira would tick the box. Should the Cable publish predictable music videos or vacuous clickbait columns? The Cable media coordinators don’t think so. And thankfully the co-operative’s membership doesn’t measure success solely in terms of likes and shares either, but in terms of in-depth and impactful reporting on the stuff that matters.

If we were to follow the script of most local media, you’d have before you the usual ingredients: crime reports, event promotions and monotonous paid-for restaurant reviews. But that’s not our style. Our 1350 Cable members have made it clear they want media that’s independent, insightful and relevant. Tellingly, 75% of respondents in a Cable member survey said they’d signed up to “own their media and support independent journalism in Bristol”.

You’ve come to the right place if you think Bristol needs media that challenges stale assumptions, unravels the complex, and rubs the right people up the wrong way.

These 36 pages are the result of searching streets and spreadsheets for stories – not glamorous work, but essential for quality journalism. You could say this edition examines the theme of transparency: from potential mass mobile phone surveillance by Avon & Somerset police, to problems with PFI schools and council errors over the threat of fracking. Elsewhere there’s the inspiring story of Bristol’s ‘braille Kindle’ developers – and much more. This isn’t typical local journalism. But the city is hungry for real media.

You’ve come to the right place if you think Bristol needs media that challenges stale assumptions, unravels the complex, and rubs the right people up the wrong way.

In October the Cable ran media training workshops for young people with cancer, giving them the skills and platform to tell their stories. From November to March, we’ll be welcoming 10 applicants to a free training programme of 11 sessions to get tooled up in the fundamentals of quality journalism, in partnership with the Centre for Investigative Journalism and Cardiff Centre for Community Journalism. Investigative and meaningful media isn’t a dark art, it’s a public right. Local people can – and are – becoming producers as well as consumers of their media.

At the Cable we believe giving an equal vote to each member is essential for transparent and meaningful journalism. Members get access to free workshops and events, discounts at local businesses and a say in how their media operates. So here’s the plug. If you’re not yet a member, and you want to change Bristol for the better – or at least give it a shot – sign up on our join page. 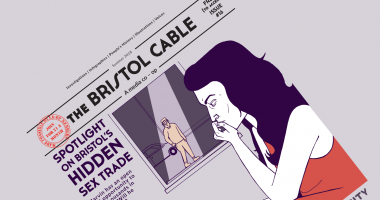 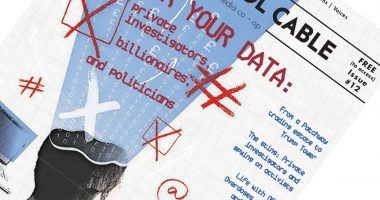