Whilst the debate around criminalisation of sex work rages,there has been a steep decline in sex work related offences recorded by police within Bristol.

Chief Inspector Marie Wright, force lead on prostitution, told the Cable: “The reductions are encouraging and reflect the effectiveness of the work we and specialist support services do to help women exit street sex work: last year alone, One25 helped 55 women to do just that. Less women are now working the streets.  Instead of routinely seeing 40 women out at night, it’s more likely to be under ten[…] We have a dedicated sex work liaison officer who works closely with the city’s support services to help break down barriers, let the women know we will listen, and build their trust to report the violence they get so used to experiencing.”

A spokesperson for One25, a Bristol charity working “to help women break free from the streets” indicated a longterm downward trend in street based sex working: “The overall numbers have dropped from 169 women two years ago to 147 women this year, and from an astonishing 360 street-working women when we started in 1995.” One25 also conduct preventative work of vulnerable women, “supporting 24 women at risk of entering street sex work in the last year and enabling all but one woman to avoid street work”.

The figures come at a time where reform of sex work legislation and policy is on the cards, contributing to a hotly contested debate about the most effective approach to an industry characterised by exploitation and violence.

The report adds to a long running debate with controversy ignited last year when Amnesty International announced support for “the decriminalization of consensual sex work”. Amnesty argued that criminalisation of both buying and selling sex drives the industry underground and “further endangers and marginalizes [sex workers] and impedes their ability to seek protection from violence and legal and social services”. This has attracted criticism from multiple groups such as the Women’s Equality Party who claim the status as the “only party in the UK calling for legislation that fully decriminalises those who sell sex but also targets demand by criminalising those who buy sex.”

The policy approach that criminalises only the buying of sex is known as the Nordic or Scandinavian model. However, the International Union of Sex Workers (IUSW) has hit back saying: “The Women’s Equality Party has chosen to ignore, exclude and endanger women who sell sex. No woman is made safer by legislation that treats her consent to sex as unworthy of respect”. The IUSW, which affiliated to the large UK GMB trade union in 2002, argues that “[a] fundamental principle of feminism is that a woman has the right to make decisions for herself” and that criminalising buyers forces the industry to remain dangerously in the realm of criminality. Citing the approach New Zealand has taken since 2003, the IUSW argue that consensual sex work should be fully decriminalised, both to buy and sell. This approach would bring sex work within regular employment and civil law, drawing a sharp distinction between sex work and criminal sexual coercion or sex trafficking.

Similarly, the UK Network of Sex Work Projects states a “a strong position in favour of decriminalisation” and the Sex Worker’s Open University advocate the “acceptance of sex work as work”. However, organisations such as Equality International and SPACE (Survivors of Prostitution-Abuse Calling for Enlightenment) maintain that sex work can never be safely separated from human trafficking or exploitation, and that demand for the sex trade must be limited by criminalising buyers, as the Nordic model does.
With Keith Vaz MP resigning as chair of the prostitution enquiry, having been caught in a sex-work buying sting, the future direction of sex work law in the UK and the impact on Bristol is yet to be seen.

« “Don’t go for the sob story”: Reporting on humanitarian crisis

The politics of mental health in Bristol »

by Bristol Sex Workers and Kate Jerrold on 14th May, 2018 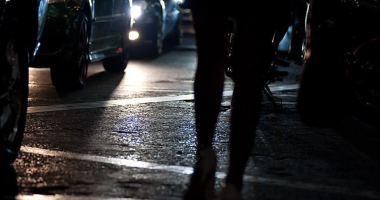