University of Bristol says: “Sustainability is in everything we do”

Current fossil fuel (oil, gas and coal) investments held by the University of Bristol amount to over £3.3 million. The University, a partner in Bristol Green Capital and recipient of several awards for sustainability has over £700,000 invested each in BP and Shell, along with 8 other companies directly involved in fossil fuel exploitation.

The new figures, an update on a previous investigation by the Cable,  show an increase in the value of fossil fuel investments and come ahead of a meeting of the University of Bristol Court on the 2nd of December. Members of the advisory body will be asked to vote on a motion to withdraw investments from fossil fuel companies.

The vote will follow up a similar motion in 2015, submitted by Court member Carla Denyer, Green Party councillor for Clifton Down. The 2015 motion was narrowly defeated by 71 votes to 65. Councillor Denyer said:

“I am submitting a new motion this year because changes in the University’s position, in investment policies of other institutions, and in the progress and impacts of climate change since last year, collectively change the circumstances and make it important that we consider this topic again. 21 fellow [Court member] signatories to the motion, including students, staff, alumni, councillors, MEPs, an MP and a University chaplain all agree.”

Following the initial revelations of the University’s fossil fuel investments in June 2015, a student-led campaign group Fossil Free University of Bristol, began campaigning for divestment. Responding to pressure, in January 2016, the University’s Board of Trustees announced the approval of a proposal to “investigate an alternative managed fund” that would not invest in fossil fuels. However no timescale was given for the implementation of such a fund. Any vote to divest by the University Court would have to approved by the executive Board of Trustees to be implemented.

Whilst the the University has made advances in sustainability on its campuses, connections with the fossil fuel sector expand further than just investments. Companies such as Chevron, BP, Shell and BHP Billiton have made donations directly to the University amounting to £74,000.

The fossil fuel divestment movement has notched up successes in the recent past. The movement has claimed full divestment from 12 UK Universities such as Warwick, Glasgow, Bedfordshire and SOAS,  along with dozens of international universities and across sectors globally.

When asked how these investments squared with a commitment to sustainability, the University responded:

“The University of Bristol contributes to issues related to climate change in many ways. We teach and research about sustainability and provide evidence based on our research that informs policy. In addition, as a civic institution, the University plays a major role in seeking to operate in an environmentally sustainable manner, and we are a longstanding partner in the city’s Bristol Green Capital Partnership.

The University has a variety of investments. The majority of our endowment investments are in a pooled fund, managed by a third party investment manager. Last January, we agreed we would investigate moving our investments to a new fund that is in the process of being developed by our fund manager, which specifically responds to the challenges of fossil fuel dependence. This is work in progress.”

Motion to withdraw investments will pile pressure on executive. 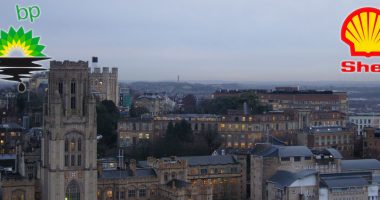 Local councillor and campaigners gear up for vote 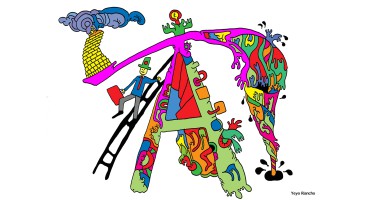 Is your pension funding climate collapse?

The pension fund for the Avon area has over £36 million invested in fossil fuels..