Children’s mental health spending amongst worst in the country

Politicians speak of the need for ‘parity of investment’ in mental health services but this is not the reality for children or young people in Bristol.

A study by the Royal College of Psychiatrists has found that in 2016/17 spending in the Bristol region on NHS community Child and Adolescent Mental Health Services (CAMHS) will be amongst the lowest in the country.

All three of the Bristol, North Somerset and South Gloucestershire Clinical Commissioning groups (CCGs) will spend less than £25 per head on CAMHS. They are amongst only 25 of the 209 CCGs across the country who plan to spend such a small amount in the coming financial year.

Children and young people living in North Somerset will get a worse deal than those in almost any other part of England, with spending of only £5.89 per head, the fourth lowest figure in the entire country. In comparison, 51% of CCGs will spend at least £50, and many significantly more. Birmingham will spend the most at £138.48. Even the highest levels of spending on treatment are dwarfed by the costs of problems poor mental health can lead to. The UK’s chief medical officer estimates that mental health issues in childhood and adolescence can cost £11,000 to £52,000 per child per year.

The government say they recognise that Child and Adolescent Mental Health Services are chronically underfunded and that spending inadequately on them is short sighted. 1 in 10 people under 18 suffer from a diagnosable mental health problem and 75% per cent of adult mental health difficulties begin in childhood. A 2015 study by Bristol city council indicated that of the 150,000 under 25’s in Bristol alone, 5,400 will need some form of help with their mental health and that this was likely to be an underestimate.

When it comes to mental health, many children and young people already face additional disadvantages, for example those from less affluent backgrounds are more likely to have mental health problems as are those who identify as lesbian, gay, bi-sexual or transgender. The needs of young people from Black and Minority Ethnic groups are already not being given adequate consideration either in national or local health policy.

The chronic underfunding of CAMHS services is therefore a double injustice for one of the most vulnerable groups in our society, however, despite promises from politicians about increased funding, it seems the money has not materialised.

Where’s the money for CAMHS gone?

In 2015 the government promised to spend an extra £250m each year until 2020 on CAMHS services. However, a report from the Education Policy Institute (EPI) just published shows that in the first year only £143m of the expected £250m promised was released, and of that only £75m was distributed to CCGs. It is unclear how much of this has reached frontline services but providers say they have not seen increased investment.

The Health and Social Care Act of 2012 made CCGs responsible for most NHS spending decisions. In times of ever decreasing NHS budgets this means they have to make difficult choices about what to prioritise.

As a result of the pressures, both North Somerset and South Gloucestershire CCGs are already in ‘special financial measures’ along with North Bristol NHS Trust. This means that they will be forced by NHS Improvement and NHS England to attempt to eradicate debts, potentially resulting in what think tank The Nuffield Trust have described as ‘brutal service reductions’.

Shaun Murphy from Protect our NHS, a group involved in the recent successful campaign to stop CAMHS and other local children’s services being privatised said:

“This report shows that children and young people in our area are getting a much worse deal than those in many other parts of the country. The problem is that with the government squeeze on NHS funding, CCGs are faced with increasingly difficult choices about which services to fund. The next round of cuts will be in the form of ‘Sustainability and Transformation Plans’, which, unless they are stopped, will require local NHS organisations to make further savings of £305 million.”

Bristol East MP Kerry McCarthy says she is only too aware of the problems: “Although the Government claims to be committed to improving mental health outcomes, figures for future CAMHS funding paint a completely different picture, and I don’t think this is fair to our young people.”

She said that she “didn’t envy” the CCG’s and others who were having to implement the government enforced cuts and make incredibly difficult decisions on what to fund, but drew attention to what she called “stark regional inequalities” saying that “Bristol is very low down the list in terms of planned spending. This is something that I’ve raised in Parliament, particularly in relation to the forthcoming Sustainability and Transformation Plans, which will significantly disadvantage our city in particular.”

What does this mean for children and young people?

When these CAMHS services were inspected by the Care Quality Commission (CQC) in 2015 they found that there were not enough staff and that they were often not “suitably qualified and experienced” which had the potential to “put children and young people at risk”. The CQC also found that “referral and acceptance criteria for community CAMHS were too strict” which meant that many children and young people “felt their mental health had deteriorated or their issues escalated considerably” before they got help.

“We already know that children and young people who need our help often have to wait too long before we can see them and even then we can’t offer a service to everyone who needs it – we have to prioritise and sometimes that means problems have to get worse before people get help” said a member of staff working in one of the services. “It’s so frustrating – you come into this line of work to help, but you can’t give people what they need. Staff work so hard but it’s never enough and it’s very stressful. That’s why so many people are leaving and there are problems recruiting, which just makes things even worse.”

The CCG also raised reservations about the Royal College of Psychiatrists spending analysis. Bristol CCG says that the data doesn’t compare different areas ‘like-for-like’ as some CCGs may have included other services under the ‘CAMHS’ umbrella. Bristol CCG doesn’t challenge it’s own spending figures, as they are official statistics which they themselves submitted to NHS England, but imply that other CCGs may have over-inflated their figures.

So will promises made by decision makers at a local or national level ever translate into actual increases in funding to allow proper investment in mental health services for children and young people? If they don’t there could be further difficulty ahead for the CCG’s given that one civil liberties legal practice has even asked whether they might be acting unlawfully in spending so little on children’s mental health and advised that those in the affected areas to consider launching a legal challenge.

« Councillors strike a blow for transparency regarding housing crisis 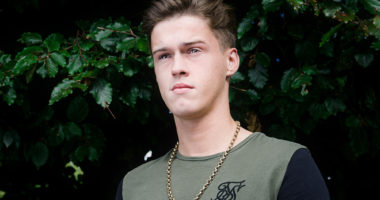 by Hannah Vickers and James Lawrence on 6th November, 2019

It took over a decade for James to tell his family he was gay. Some Irish Travellers never get the chance to. 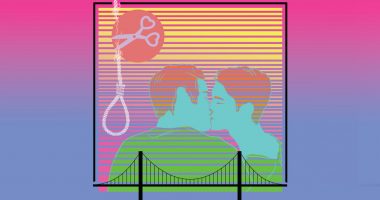 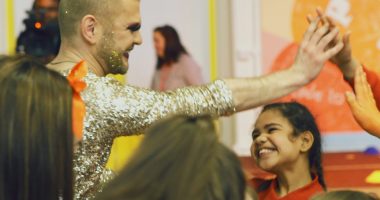