Disabled and elderly passengers could be worst affected by the proposed cuts to next year’s local transport budget, due to be voted on in council today.

Together with the increase of parking charges and changes to the council staff team working on transport-related matters, budget proposals aim to reduce transport expenses by a net £4.4m between 2017-18.

The highest savings (£2m) could stem from the council’s transfer of transport-related powers to the future Combined Mayoral Authority. However, plans for the longer term transformations of transport services in and around Bristol to be led by the future Metro Mayor remain to be clarified.

After falling from £3.8m in 2014-15 to £1.8m in 2015-16, subsidies for council supported bus routes are set to diminish by another 50% by 2018-19. This budget is necessary to ensure that non profitable routes serviced by commercial operators keep on running.

Previous research by the Cable highlighted how subsidies generated large revenues for the commercial companies. Most recent figures show First Bus made £52m profit in 2016, with £43.5m revenue generated from subsidies across the country. In the same year the parent company, FirstGroup, paid £10m in dividends to its shareholders.

According to the council’s equality impact assessment, the lines in the network receiving subsidies “would not be provided if the council did not support them”.

From the users’ perspective, a consultation of 1305 people carried out by the council already revealed that 35% of respondents would not be able to make alternative travel arrangements if their routes were cut.

Indeed, the council document supporting the proposed cuts makes clear that “many of the supported services are orbital in nature or create links between communities that are not connected by arterial routes”. As one respondent to a Bristol Cable survey commented, speaking specifically of routes to Southmead hospital from an area with low frequency of morning buses: “Great if you are young but what about the elderly or infirm?”

“A concerning number of people affected”

Whereas other proposed council cuts have been criticised for not receiving a full equality impact assessment until after the end of the consultation period, this one did. However, despite highlighting that “a concerning number of people will be affected by a reduction or cessation of some of these services and some of these will have protected characteristics”, the administration is pressing ahead.

The consultation found that 24% of bus users defined themselves as disabled, compared to 17% of the general Bristol population (according to the 2011 census). Elderly people (over 65s), who constitute 13.1% of Bristol’s population, represented 32% of users.

If the equalities assessment correctly states that elderly people probably have no other means of transport, it seems to contradict itself by claiming that subsidised bus services are “underused by disabled people”.

The document concludes by arguing that the impact of a reduction in services can be mitigated in the process of surveying bus use to identify specific areas of savings, but the scale of cuts being voted through today does little to reassure bus users who claim the current service is already often inadequate.

Previous outcry about the potential removal of concessionary bus passes successfully overturned the proposal. In 2016, a campaign to save the bus number 51 saw service delivery shift from First Bus to Wessex bus operators.

What vision for Bristol transport?

Whilst saving bus services is vital for the mobility of certain groups across the city, other users surveyed by the Cable have highlighted issues with transport integration. Anonymous survey respondents said “services to and from areas on the fringes of the city are quite restrictive”, and “routes rarely mean you can cross the city without changing buses… poor integration with rail services”.

If charging cars for parking was deemed an acceptable initiative to reduce congestion in the city, “then (the council) have to provide the services so people can get where they want to go and at the times they want to”, said another anonymous survey respondent.

With environmental concerns in mind, the Green party group of councillors are submitting two amendments to the budget. These propose to stop providing free parking permits for senior council officer and councillors, and a charge be levied on diesel vehicles in residents parking zones.

As the council braces itself for cuts, the option to bring ownership of bus services into public hands is back on the cards after the House of Lords amended clause 21 of the Bus Services Bill, which would have prevented local authorities setting up their own bus companies. Before being elected, Mayor Rees had previously suggested bus services should come into public ownership.

Meanwhile the Mayor is looking into developing a ‘congestion task force’ to address issues of transport systems’ integration in the city.

« Half a billion to shareholders, next to no affordable housing for Bristol

by Adam Postans, Local Democracy Reporter on 14th May, 2020

The council plans include banning cars from Bristol Bridge and a section of Baldwin Street, as well as pedestrianising the Old City and widening pavements across Bristol. 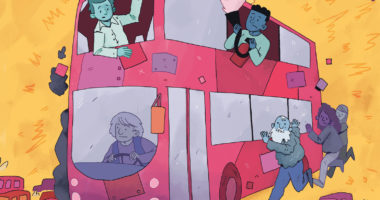 by Adam Cantwell-Corn and Hannah Vickers on 27th February, 2020 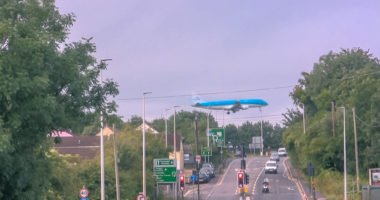 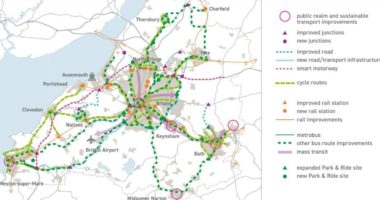 ‘If the water was killing hundreds of people every year, there would be an outcry’

by Lorna Stephenson on 4th October, 2019

Air pollution scientist Dr Gary Fuller on congestion charging, changing the conversation, and how we can protect ourselves.