Domestic violence campaigners occupying the now-closed Cheltenham Road Library, are determined to stay put after a visit from the police and unidentified individuals – one of whom made threats.

Activists from the group Sisters Uncut, who have been occupying the building since Sunday night, said six police officers in three police cars visited the site at around 10.30am, along with the owner of the building, and several people with clipboards, whom they assumed were developers and surveyors.

Campaigner Alex* says the people they suspect were surveyors or developers tried to force entry through a window, with one threatening them with violence.

“I stuck my head out [of the window] and then I told them to fuck off,” said Alex, “and then one of the developers was basically like, come on then, let’s have a fight. He said, come on I’ll nut you.”

Campaigners say the police, who did not make threats, climbed over the fence, and told them through a window that they were there because the owner of the building, which is due to be developed into luxury flats, was having a problem getting a court order to evict them. Police encouraged them to come out, which the activists refused to do, and asked how many people were in the building, and how long they would be there.

The police also asked them to change a banner they had hung outside saying “Fuck Gentrification”. They have since removed the word “fuck”.

The word “fuck” has since been removed following a police request. Credit: Bristol Sisters Uncut

The group is protesting the development of the site into private housing, and wants to open it as a workshop and event space for women and non-binary people.

“We’re drawing attention to the fact that there’s no support for survivors of domestic violence with housing,” said Joanne Stevens*. “We think we have a right to be here and it shouldn’t be sold.”

The mayor responded to the group’s concerns about domestic violence housing yesterday, saying he had met with Sisters Uncut to hear their views and was working with experts and not-for-profit groups to address the issues. Today occupying activists said, “If [the mayor] cares about the people of Bristol and all the things he said he was going to do, then he should be telling the owner and the cops and everyone else to leave us alone, and be looking into options as to how this building can be put into the hands of the community.”

Speaking about this morning’s events, campaigner Sam* urged the building’s owner and the police, “leave us alone, stop threatening us … We’re doing something important, and if they have permission to enter then they should do it through the legal process.”

The group suspects that with the holdup on a court order the next step will be an eviction by bailiffs, and are resolved to hold out for as long as they can.

“It look like the only two options the developer has is to let us have this building forever, or to illegally evict us, so I assume it will be the latter,” said Alex.

*The protester did not wish to supply their real name.

« “We invite you to join us”: Activists occupy Cheltenham Road library 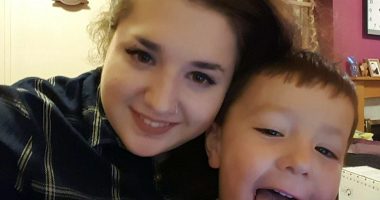 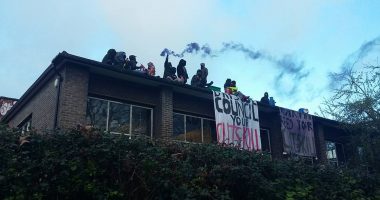 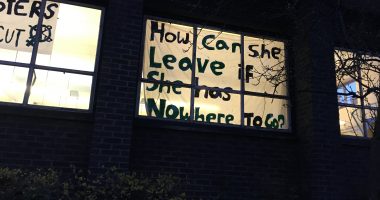 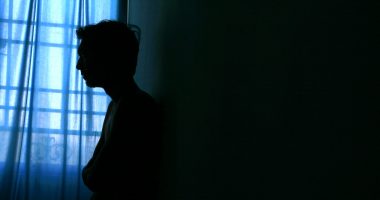 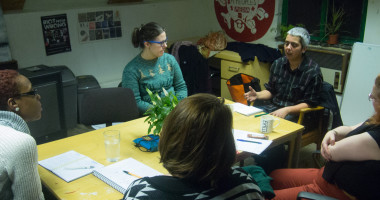 Listen: Round Table Discussion: Sexual harassment and violence against women in the city

Listen to the Round Table discussion above or download the sound file. Following a recent high profile case of sexual abuse of girls by men in...