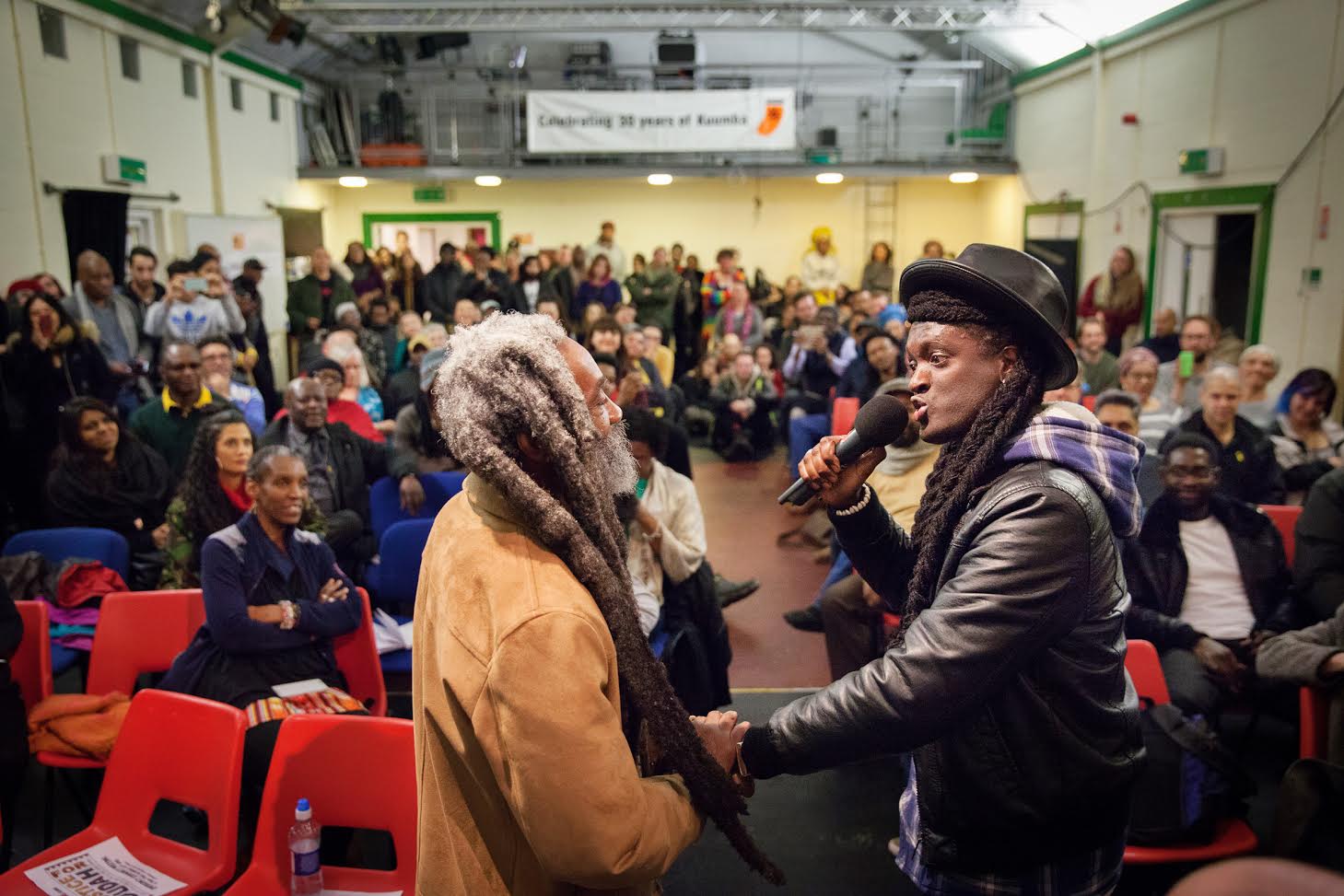 Desmond Brown encountered strong feelings when he asked local people to respond to the Tasering of Ras Judah, a 63-year-old black race relations adviser in Easton. Now he’s on a mission to get those voices heard and inform people of their rights.

Not long after the controversial police Tasering of Ras Judah in January, I was on my way to meet Desmond Brown, one of the Justice for Judah campaigners. He’d recorded local people’s views on community-police relations, and wanted the Cable to hear them. Then, coincidentally, as I was walking through St Pauls for the meeting, I encountered firsthand the kind of harmful local policing that has been thrust into view by the incident.

I saw a young black man chased by police, apprehended and handcuffed down a St Pauls side street. He looked no older than 25 and was shaking with anger. When he demanded to know why he’d been arrested, no answer came. It was a familiar scene, played out daily across towns and cities.

Who was he and why was he detained? The facts did not become clear. But while I watched, police chased, handcuffed, and then eventually released the young man with a casual apology and no charges. Incidents like these, regardless of legality, etch a deep impression on those affected, and do nothing to improve the police’s reputation.

For every anecdote like this there are plenty more left unheard, and that’s why Desmond was so keen to make and share his recordings.

A little later at the St Pauls Learning Centre, Desmond handed me a USB stick full of audio files documenting local people’s reactions to the Tasering of Ras Judah. He’s made it his mission to collect personal testimonies, including not only responses to that incident but also firsthand experiences of policing in Bristol.

You probably saw the disturbing footage from January that showed Ras Judah, a 63-year-old grandfather, being Tasered in the face after refusing to give his name to officers who mistook him for a wanted man in Easton. To make matters even worse, this was the second time Ras Judah, who had worked as a race relations adviser for Avon and Somerset police, was targeted by the police in a case of mistaken identity.

The footage made international headlines and went viral. Community meetings were organised. A campaign group, Justice for Judah, was formed. And in February, with pressure mounting, the IPCC (the Independent Police Complaints Commission) served the two Avon & Somerset police officers involved with gross misconduct notices as part of their ongoing investigation into what happened that cold January day in Easton.

Despite the fact that the officer who Tasered Ras Judah is still policing, campaigners have cautiously welcomed the IPCC’s investigation. It seems likely the outcome of the IPCC investigation will be limited to minor repercussions for the officers involved, as has happened in similar cases nationally. Financial settlements may be reached between Ras Judah and the police, but that isn’t certain.

The Justice for Judah campaign seems to have become a little quieter for now, in part because of the IPCC’s slow bureaucratic process. But as Desmond and others in the campaign know, this is not about one incident, one man or just his experience with the police.

Behind these figures, there are broader historical tensions between parts of the local community and the police. Since the Judah incident, people are keen to speak, share their experiences and most importantly, to be heard. Desmond Brown encountered discontent, despair and anger in his interviews. A multimedia piece including the testimonies will be featured on the Cable website soon. Here are a few snippets.

“Why have we not seen the full body-cam footage for incidents that are serious? The police keep on talking about trust, integrity, accountability, responsibility, honesty, openness. To me, it’s just words that they keep on regurgitating, because they think that’s what the public wants to hear.

“Let’s be honest, they are trained to be suspicious, to suspect, to categorise, to tag, to label and to be wary of people, and untrusting. And that’s a problem, because people take offence to being treated like that in our communities, and don’t want to be treated like that.”

“We want to start educating our community. So that they understand their rights and have a civic understanding of the law so that they can request that the police officers kind of raise their levels and realise that people in uniform won’t be able to take the mickey.

“They have to treat everyone they meet with dignity, integrity, transparency and accountability. We are asking everybody to film any engagement with the police.”

“I know he’s a lovely man. I’ve grown up in Bristol most of my life, Judah was in the sports centre as a mentor for us as young people as we were growing up. I know Judah, I know he’s a nice person.

“Judah was a race relations officer for the city for many years. And if the police are going to Taser a pensioner in the face, that works with them, sits on boards, making decisions about how they should treat black people, it’s fucking disgusting.”

“I would have thought that somebody who is wanted, you would have some form of photograph or recognition of how the person looks.

“You’ve seen somebody from behind and presumed. The gentleman is a respectable man in the community, I’ve known him through football when we were kids over in Cabot. He’s been doing many things in the community, and I used to go dog walking with him, with my dog. So when I saw that he got Tasered in the face, I just got to realise that there is no justice, for anybody with any ethnicity in this country or in lots of countries.

“We get harassment all the time, even when you’re doing nothing, you’ll get harassed.”

“ I know Judah quite well. The police are coming out for the general public, you know that is what they’re there for.

“That’s people’s health we’re dealing about, their lives. That man could have died. Now what would the implications have been if he had died?”