Stefan Mohamed: “The arts and writing are criminally neglected in this country.”

“It [writing] is the only thing I’ve ever wanted to do, so in that sense I’ve been lucky to have that level of certainty,” he says. But in spite of this, his road to publication has been lengthy. “Long enough to be measured geologically,” he says. “I finished the first draft of Bitter Sixteen when I was 16, signed with my agent at the beginning of 2011, and then Bitter Sixteen was finally published in 2015, shortly before I turned 27.”

Mohamed has learned plenty along the way – about the industry, as well as the need to keep focused. “How to deal with rejection, to interpret criticism constructively – to be disciplined about writing, getting the words down even when it’s not really flowing, fighting discouragement even when you feel like packing it all in… It’s a constant learning process.” One he’s sure he’ll “still be refining, unlearning and re-learning for decades.”

The Bitter Sixteen trilogy follows 16-year-old Stanly Bird, who up sticks from his Welsh village along with his talking pet beagle, Daryl, to become the superhero London needs – complete with the powers of flight and telekinesis.

So what drew him to the subject matter? “I’ve always gravitated towards the fantastical,” he says. “I like the juxtaposition of very real, relatable emotions and relationships with impossible goings-on, I think it’s fascinating territory.”

As well as winning the Dylan Thomas Prize for New Writers, Bitter Sixteen has been a Times Children’s Book of the Week and a Guardian Top Teen Read of 2015. In spite of this, and just like the vast majority of writers, a day job has been essential for Mohamed. “The whole thing would be financially unviable otherwise,” he explains. “I’ve squeezed in the writing in the evenings, at weekends, lunchtimes…” It can be challenging. “But,” he says, “I’m generally pretty disciplined. You have to be! Otherwise it ain’t gonna get done.”

“I like the juxtaposition of very real, relatable emotions and relationships with impossible goings-on, I think it’s fascinating territory.”

Mohamed also believes that’s not the only challenge facing writers, now and in the future. “The arts and writing are criminally neglected in this country,” he says. “The UK has such a rich cultural heritage, and yet it’s often treated as some kind of indulgence by those in power, with courses either starved of funding or simply cut entirely. I think it’s disgusting, and our country will be the poorer for it.” As he sees it, there is hope, however: “Thank goodness for organisations like Arts Emergency – it’s been really heartening to see them grow, but it’s a disgrace that funding and support are less and less available through official channels.”

For the next generation, he considers this nothing less than a tragedy. “Not just from the perspective of young people being denied the support, opportunities and outlets,” he says, “but also in that the world will be denied the contribution of all these amazing voices.” And what does it mean for the arts? “As with so many other fields, it gets narrower and narrower, as only certain people from certain backgrounds will be able to afford to pursue creative paths. Now more than ever we need a wide spectrum of voices telling their stories, and the thoughtless hand-waving of clueless politicians is cutting so many off. That,” he says, “is devastating.”

You can find out more about Stefan Mohamed and his books at www.stefmo.co.uk and follow him on twitter: @stefmowords

Rosemary Dun: “I don’t think there are enough books set in Bristol… It has its own unique flavour.”

If you see Rosemary Dun scribbling furiously in a notebook by the waterfront – watch out. You might just end up in her next novel.

This is the way she brings Bristol – and her characters – to life. “I will have a house in mind,” she says of the planning process. “And then a street, and then I’ll carefully consider where they’d meet their friends.” Once she has every detail of her character’s lives vivid in her mind, even down to where they might go to grab a coffee, the actual writing can begin. “When I have a scene, say on the harbourside, I’ll go there with a notebook and pen and write on location. You can’t beat that.”

Perhaps it’s this very process that makes Bristol come alive in Dun’s latest novel, The Trouble With Love – from Polly, Dun’s protagonist, placing bids in the Bristol Auction House, to her enjoying a pint at the Nova Scotia. In fact, to read it as a local is as much about literary ‘sightseeing’ as it is the rollercoaster plot or the characters. She even manages to sneak in a mention of the mythic River Avon crocodile.

Dun lives and works both as an author and as a creative writing tutor here in the city. So did she always intend to base it here? Yes, she says – and what’s more she believes that “place” is vital. “I don’t think there are enough books set in Bristol,” she says. “It has its own wonders and traditions, a fantastic mixture of urban and rural. It has its own unique flavour.” One that’s apparently perfect for her ‘romantic comedy’.

As it turns out, however, Dun had no idea that a ‘rom com’ is what she was writing. Not until her publishers told her. “I guess it was inevitable because my number one novel is Pride and Prejudice,” she says, “and when I was a child I adored those Sunday afternoon black and white movies by directors like Billy Wilder who did Some Like It Hot.” However, Dun is cautious about such industry boxes. “I find that genre is often a marketing term,” she says. “Male writers like David Nicholls or Nick Hornby aren’t labelled ‘rom com’ authors, are they?”

“When I have a scene, say on the harbourside, I’ll go there with a notebook and pen and write on location. You can’t beat that.”

When it comes to support for the arts, both local and national, Dun has a warning: “The arts in general are not seen as important – but they are vital. Even more so in troubled times. As always it’s the arts which see the first government cuts.”

She also has some advice for aspiring authors. “Persevere. Learn your craft. Go to classes and get lots of feedback. Learn to love feedback. Recognise that there are no short cuts to writing if you want to make it your career.”

Her own path to publication has not been smooth. She’s had bumps in the road – even “gaping fault lines,” as she puts it. “But,” she says, “I wasn’t going to give up.” And to others, she insists on doing the same. “Write because you love it, and because you have to. Keep at it.” Perhaps we’ll all see each other at the waterfront, then – notepads in hand.

The Trouble With Love by Rosemary Dun is published by an imprint of Little, Brown and available to buy on Kindle. Her website is www.rosemarydun.co.uk.

Sean Julian: “There is a great, supportive community of illustrators and writers in Bristol.”

Sean Julian lives and works in Bristol as both an illustrator and writer of children’s books. He explained to the Cable why overcoming the fear of showing people your portfolio, being where you love, and not giving up, are so important.

“I was published shortly after graduating,” says Julian. If not for a random encounter in a beer garden with an ex tutor, however, things may have been different. “He asked me if I’d been to see any publishers yet. When I told him that I hadn’t he asked why. I had no real answer apart from fear.” After this chance meeting, Julian plucked up the courage to contact a children’s book publisher. Although they didn’t get to work together then, the publisher helped him take the “rough edges” off his portfolio. “So much so,” says Julian, “that the next publisher I went to see gave me my first picture book project.”

Where’s your Smile, Crocodile? by Claire Freedman would be his first project of many. “Looking back,” says Julian, “it was pretty obvious I was going to be a children’s book illustrator. Everything I drew seemed to involve a creature of some sort doing something silly. It wasn’t until the second year of my university course that I was able to put ‘Children’s Book Illustrator’ to what I was already doing.” So has he always been an illustrator first? The short answer is yes. However, Julian says: “It always seemed natural to me to make up my own text to illustrate. I always wanted to be a writer too, and enjoy creating stories.”

One big decision – whether or not to work a second job for financial security – was made for him. It came in the form of redundancy following the 2008 credit crunch. “I walked home with my pot plant in a box,” he says, “went into my studio and started painting rabbits for a book called Sunny Bunny, published by Random House.” Julian hasn’t looked back. “Ever since, I’ve been a full-time, self-employed Illustrator, with all the financial peaks and troughs that entails.”

And does living in Bristol impact his opportunities in what is a very London-centric publishing industry? Julian doesn’t think so. “I’ve always believed the best place to work is the place you’re most comfortable. [Bristol] does have an impressive and varied culture, so if you ever need a quick top up of inspiration you simply have to go for a walk around the city.”

More than that, he values the support of contemporaries. “Writing and illustrating can be a solitary life,” he says. “There is a great, supportive community of illustrators and writers in Bristol.”

And it’s support like this that can be vital to keeping a career afloat. Or even beginning a career at all. “Too many of us create a beautiful portfolio of work but then fail to show it to anyone,” he says. His advice? “Don’t give up. There will be times when you want to, when it’s the perfectly logical thing to do. Publishing can be a cut-throat world. The good news is it’s also full of lovely people, all waiting for writers and illustrators to contact them with their latest hair brained scheme.”

For a list of everything written and illustrated by Sean Julian, take a look at his agency website: www.francesmckay.com 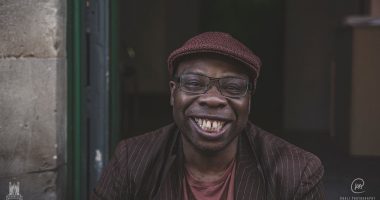 Edson Burton: My hopes for Bristol’s scene in 2019

The writer, historian and curator on challenges and opportunities for the city’s arts. 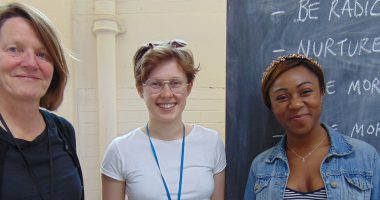 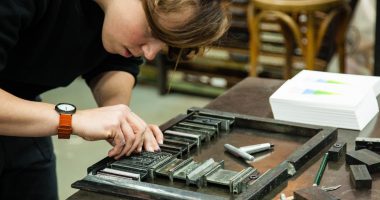 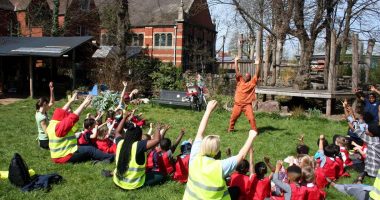 “There are so many words that haven’t been said yet”

Bristol poet Shaun Clarke chats to fellow local writers about the creative process, and the challenge of making your name as an artist. 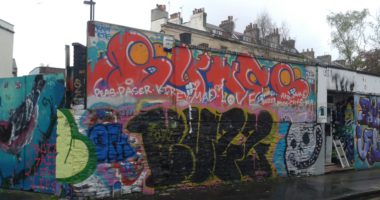