Weston General Hospital has been struggling to keep pace for years, which is why it was such a surprise to see it winning a ‘Top Hospital award’. We look closer into the statistics to see if the Trust really can be considered a ‘Top Hospital’.

Last week Weston Area Health Trust (WAHT) issued a press release saying that it had won a ‘Top Hospitals award’ which is, as the statement boasts, an “accolade awarded to the best performing trusts from across the country.” For anyone following the local health sector this will be a shock – Weston General Hospital, in Weston-super-Mare, is in a very troubled situation.

The last few years have seen serious concerns raised about whether the smallest acute trust in the country is funded enough to be clinically viable . In 2013 WAHT was considering how to solve its significant budget deficits, with both merging with another NHS trust and partnering with a private provider on the table. Recent months have seen the ‘Weston sustainability question’ raised again, as the Sustainability and Transformation Plan rips through the health service.

The announcement of an as-yet unsigned agreement with University Hospitals Bristol Trust (UHB) has somewhat allayed the consistent murmurings about whether the hospital will close, but the chronic staff shortages remain, leaving UHB holding the risk of “unplanned closure of Weston Emergency Department due to staffing shortages”.

So how could this struggling Trust be considered a ‘Top Hospital?

Most of the quality and performance standards show WAHT dawdling at the bottom of the pack. Quite the opposite of what you’d expect – a ‘Top Hospital’ can also be one of the worst.

Who awards the award?

The first clue is that the ‘Top Hospitals’ award isn’t run by the NHS or an independent body, it is run by a company called CHKS, a subsidiary of the government-contracting leviathan Capita. CHKS provides data analysis and performance benchmarking software to NHS trusts so they can learn how to be more efficient.

These kinds of data analysis packages effectively take all of the public quality standards that NHS Trusts submit to NHS England and their other regulators, mix it with some extra information on patient caseload and demographic data for the area, run it through a spreadsheet and spit out a comparison with similarly sized NHS Trusts. This kind of sectoral analysis work used to be carried out by the Department of Health, but lately is performed more by third party consultants.

For CHKS, the awards ceremony forms part of their marketing pitch, so it is fitting that the awards are held over dinner and drinks in the £13,900 per night London Guildhall with explorer Sir Ranulph Fiennes as the guest speaker. Not only does CHKS provide the data analysis, but it lays on an awards ceremony to help publicise the results and a ‘significant coup for winning hospitals which have benefited from wide-ranging positive coverage in local, regional and trade media.’

So the first indicator that Weston might not be a ‘Top Hospital’ is when you realise that it is not competing with the rest of the NHS it is competing with the other clients of CHKS. The hospital isn’t the best of the UK’s approximately 170 NHS Trusts – it is ‘in the top 40’ of the 72 NHS Trusts subscribed to CHKS data-analysis service.

CHKS declined to provide the data… citing the fact that, once analysed, NHS performance statistics were a commercial product and couldn’t be shared.

How did Weston win?

The other element to winning a ‘Top Hospital’ award is performance against a set of criteria CHKS choose. Some are very niche figures related to specific conditions like whether COPD sufferers or patients a hip replacement are re-admitted to hospital in an emergency. There are indicators for quality of care like the Standardised Hospital Mortality Indicator (SHMI) and risk adjusted mortality index. Other measures are more financial, such as the Reference Cost Index which tests the prices Trusts pay for basic medical essentials.

A representative from CHKS said that WAHT was ranked in the top 10 for 20 of the 24 criteria for the ‘Top Hospital’ award. However, CHKS declined to provide the data to corroborate this, citing the fact that, once analysed, NHS performance statistics were a commercial product and couldn’t be shared. This makes it hard to tell whether the Trust is winning on its own merit, or simply because its tiny size and unique circumstances align to produce a favourable result.

But look at how Weston compares to its peers in the most recent national quality standards reported to NHS England:

Most of the quality and performance standards show WAHT dawdling at the bottom of the pack. Quite the opposite of what you’d expect – a ‘Top Hospital’ can also be one of the worst.

Weston General Hospital has been CHKS’s longest-standing clients, buying in their data analysis since at least 2004. Weston has also been a long-time winner of the Top Hospitals award, in 2011 the Trust was on a seven year winning streak, but this long-standing performance on CHKS’s criteria hasn’t led to improvement on any of the national quality standards.

The company was unwilling to state the cost of the software package Weston is purchasing, citing commercial confidentiality concerns, and the Trust was unable to provide an answer in the time we gave them to respond to this article. However, we can see from company filings that CHKS is an incredibly profitable business. Since 2009 the company has generated £58.3m of business in the UK, predominantly from the NHS.

In response to this story, the Weston Area Health Trust encouraged readers to take note of the report from the Care Quality Commission due to be released in the near future and offered the following statement from the Trust’s chairman, Grahame Paine, who said:

“While it’s a shame that the Bristol Cable has decided to take a critical view, we remain really proud of winning a Top Hospital award.

“The CHKS Top Hospitals award is an accolade given to the best performing Trusts from across the country and is based on 20 key performance indicators covering safety, clinical effectiveness, patient experience and quality of care.

“We accept our hospital has faced challenges this past winter – the harshest in recent national NHS history, although we are now experiencing performance improvements, including to patient flow throughout the hospital. This award recognises that we provide safe, caring services to our patients.”

« The results are in: Labour wins big in Bristol 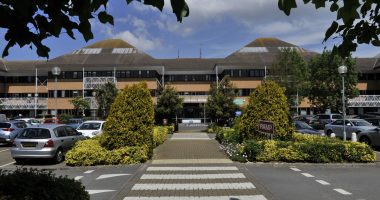 The shock announcement of the temporary overnight closure of Weston General Hospital’s emergency department comes in the wake of a graphic Care Quality Commission report,...