“We have been made to live in appalling and dangerous housing conditions, suffered bullying, harassment, and several kinds of abuse,”
Roynon alleges.

The eviction of a tenant of a Brislington property managed by property guardianship company Camelot was stopped in its tracks yesterday after a show of force by supporters from local housing rights networks.

Despite the torrential rain Camelot staff and its bailiffs were greeted by around 20 people made up of activists from community union ACORN and BHAM (Bristol Housing Action Movement) yesterday morning.

The building is currently leased by the council to Camelot, an international ‘vacant property management service’ company that offers cheaper rents to ‘guardians’ who occupy vacant properties without the rights that come with tenancies.

However the occupier of the former elderly people’s home, Greg Roynon, successfully challenged Camelot in court earlier this year. Ruling in his favour, the judge agreed he was a tenant rather than licencee, and therefore is afforded the extra rights a tenancy brings – in particular the amount of notice that needs to be given prior to any eviction.

Despite Camelot maintaining that the court ruling on Roynon’s tenancy status did not set a precedent and making promises to maintain high standards at their properties, the Cable revealed in June that the council planned to cancel its contract with the firm.

As of June, Camelot still acts as the landlord for around 150 people in Bristol, although the relationship will be slowly phased out as outlined in a council report published earlier in the summer.

Following the court ruling that Roynon is indeed a tenant, on 24th July Camelot issued a legal eviction notice, giving him until yesterday to move out.

But Roynon made the decision not to go quietly. “We have been made to live in appalling and dangerous housing conditions, suffered bullying, harassment, and several kinds of abuse,” he alleges.

Roynon, who is a member of ACORN, said it was “incredible” how many people had come down to offer their support. Nick Ballard, an ACORN organiser, said the group was supporting the eviction resistance to draw attention to the issue, and “expose the way that Camelot run their business and the way they treat their tenants now they’ve won the right to be treated as such in court”.

Ballard continued, “Questions have come up about the actions Bristol council have or haven’t taken in terms of enforcing improvement orders and prosecutions against Camelot. We’re here to support Greg and the other guardians and put the council on notice that these questions do need to be answered.”

After a short debate in the car park, the bailiff was driven off the premises by Camelot staff. Contractors employed by the council to board up empty buildings left shortly after, followed by the security guard employed by Camelot.

This isn’t the only Camelot-managed property in Bristol that has experienced problems. Property guardians at the former Speedwell Fire Station withheld their rent payments earlier in the year alleging that Camelot refused to take the required action to tackle a rat infestation that led the council to deem the property unfit for human habitation.

The Cable contacted Camelot, who said a statement would be released yesterday but is still forthcoming. Follow up phone calls were not returned.

Geraldine Winkler a solicitor with Avon and Bristol Law Centre, who has been representing Roynon in court, said today; “I will need to speak to Greg about the next steps but [as it’s a legal eviction] it is just a matter of time.” 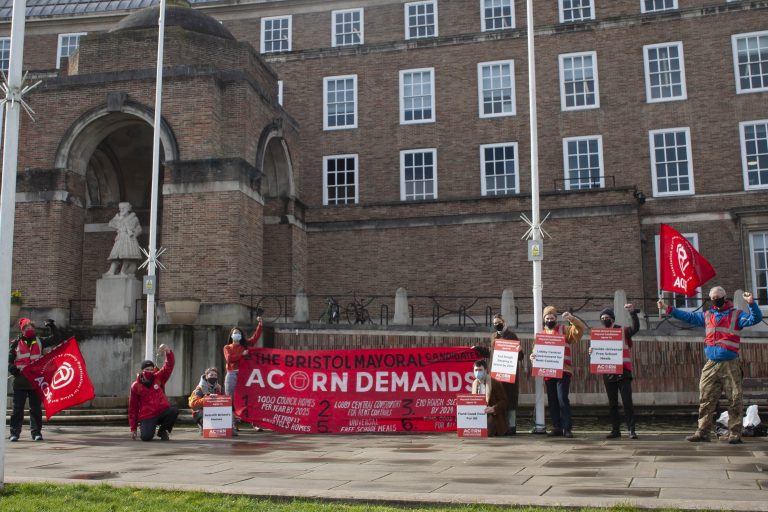 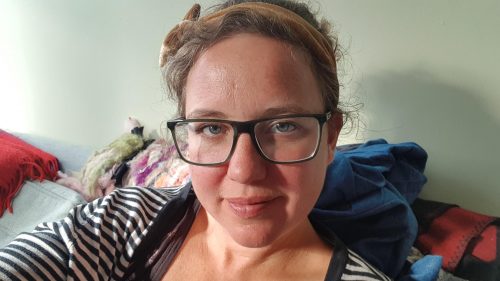 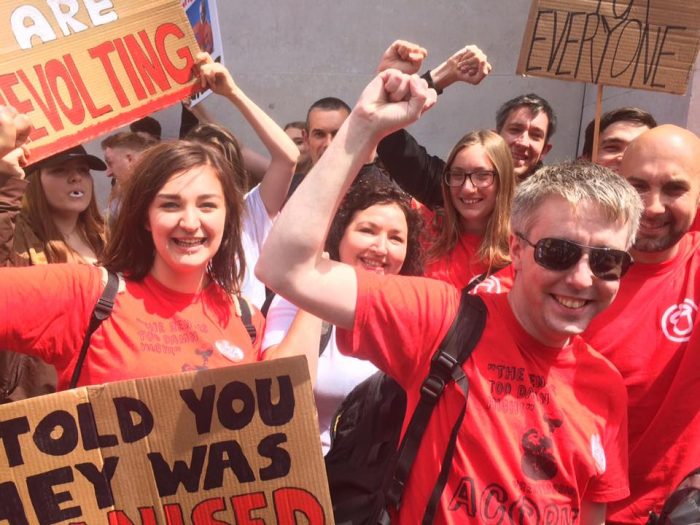