By Lorna Stephenson on 13th October, 2017
BRISTOL AND BEYOND | REPORTS: brexit

Molly Scott Cato went public with the threat of legal action against the government yesterday night, working with the Good Law Project.

The south-west member of the European Parliament is trying to force the government to hand over documents which could dramatically impact the terms of the Brexit debates. Firstly, there’s over 50 publicly-funded studies into the impact of Brexit on different economic sectors. Secondly, a report prepared by the Treasury which compares the economic pros and cons of Brexit.

Within 24 hours of the Good Law Project, led by Jo Maugham QC, starting a crowdfunder for the costs of the legal action, over £42,000 had been raised from hundreds of donors (at the time of writing).

“To be honest with you, I thought we’d just be allowed to know!” says Scott Cato. Instead, the request has turned into a struggle for transparency.

The government has refused calls for the information’s release and multiple Freedom of Information requests. The lack of transparency comes as MPs are scrutinising the Repeal Bill (officially now known as the EU [Withdrawal] Bill) which is aimed at removing EU law from the UK’s statute books. However, there is significant controversy about the detail of the bill, with many accusing the government of a power grab for ministers.

“Our representatives are not being allowed to use the information to make decisions that are in our best interests. That’s really shocking, we’re talking about the threat to democracy and the rule of law.”

“They’re saying it’ll be harder for us to negotiate, but they’re also saying that releasing the information itself will damage the economy, by which I can only think they mean a fall in the pound or investors taking fright,” explains Scott Cato. “Don’t investors have a right to know that? Don’t people holding assets in this country have a right to know the government is taking decisions that will actually undermine the value of what they’re holding?”

At the moment, says Scott Cato, Brexit uncertainty is everywhere. She says she’s been having frequent talks with large businesses based in the south-west, such as Honda, whose main European production centre is in Swindon, and JP Morgan, who have a base in Bournemouth. Then there’s the universities, the agricultural sector who could be doubly hit by workforce reductions and export tariffs, the health service… the list goes on.

“It seems to me irresponsible and anti-democratic to just prevent people from knowing the consequences of your policy, particularly when you know the consequences because of the result of research funded by public money!” she says.

Scott Cato’s issues with the government’s non-disclosure are as much about the principles of democracy and accountability as they are the hard facts and figures. She speculates that the government is withholding the information because it might make it harder for them to get the Repeal Bill through parliament – MPs, armed with the knowledge contained in the studies, might be more inclined to frustrate the Bill’s progress.

“That’s flying in the face of democratic requirements isn’t it?” she says. “Our representatives are not being allowed to use the information to make decisions that are in our best interests. That’s really shocking I think, we’re talking about the threat to democracy and the rule of law.”

According to the Times, only some front benchers and aides have been privy to the studies.

The tussle over the studies is part of what Scott Cato describes as a divisive, ideologically driven and poorly informed Brexit process – from the referendum to the present quagmire.

“There is a power struggle between the people who represent us as MPs and the executive – the Cabinet, the government and the minister. And they are obviously internally massively divided.”

Scott Cato is clear on where she stands on Brexit: it’s a ‘catastrophe’ and she – along with the Green Party nationally – are calling for a second referendum when the terms of Brexit are known.

The first referendum, she says, was ‘anti-democratic’ in that it wasn’t choice between two possible futures, but instead between a known and an unknown. And the Repeal Bill worries her even more: “The biggest problem of the logic of the bill,” she says, “is requiring MPs to vote for something when they don’t even know what it is.” And for the Repeal Bill to give David Davis carte blanche in his dealings with the EU makes her shudder.

As an MEP, she argues that the expertise of those who have spent years in the corridors of Brussels should have been a crucial inclusion in Brexit’s progress – but instead her and other MEPs found their advice rejected.

“They [negotiators] have offended so many people. It’s just embarrassing, quite honestly, how badly prepared David Davis is. He falls into so many traps because he hasn’t bothered to find out how Europe works.”

Scott Cato doesn’t expect a swift response from the government, but is prepared to fight, both the judicial review into the secret papers, and for another Brexit referendum. “I’m a big believer in the slogan ‘Whatever happens next is up to us’,” she says.

How this Barcelona group is building community power »

European elections: why it matters even though it doesn’t feel like it 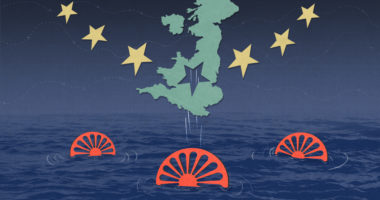 Brexit could bring ‘a new Windrush’ for Roma 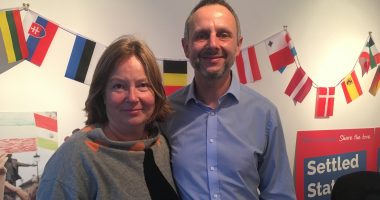 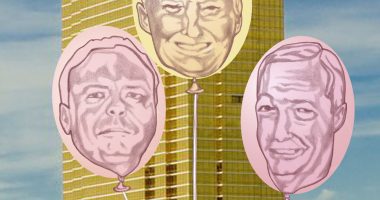 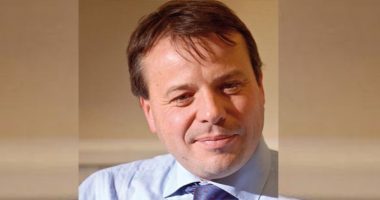 by Peter Geoghegan and Jenna Corderoy on 5th November, 2018