Voice: Drug deaths – “It doesn’t need to be this way”

I woke up in tears this morning imagining the feeling of my arm lying across my partner Jake’s chest. It’s been over three years since I felt that for real. Right at that moment our son, now five and the image of his father, walked into the room and asked for breakfast.

It was a heroin overdose that finally killed Jake, but his on-off history of multi-drug use was complicated. With the right support and education his early death need not have happened.

Drugs and alcohol: a hypocritical distinction

Society has institutionalised the separation of drugs and alcohol. Hospitals, health practitioners and government ministers all talk about ‘drugs and alcohol’. Yet we don’t have a ‘breast and nipple’ clinic, or a ‘cancer and leukaemia’ ward. It’s a clever semantic trick that veils an artificial and hypocritical distinction. It means the authorities can get away with treating a person with an alcohol problem as a person with a health issue, whereas a person with a ‘drug’ problem is a criminal.

The general population has largely followed suit, accepting people can be treated like responsible adults when it comes to alcohol consumption. Imagine if alcohol were banned tomorrow. Most of us would likely be up in arms because we are able to drink responsibly. It wouldn’t be fair that we are all punished because a few people can’t handle their drink and spoil things for the rest of us. In fact, a little booze is harmless and even fun.

The morality we apply to alcohol is different to those of ‘illegal drugs’. People are permitted to make their own mistakes with alcohol, because it is legal to do so. And this despite scientists proving alcohol is one of the most harmful when misused.

The labelling he was given by society compounded his mental health issues around shame and stigmatisation.

Decades of prohibition of a wide range of drugs has had a huge effect on our understanding and awareness of the real issues around drugs. The mass media has capitalised on the artificial distinction between alcohol and other drugs – and has sensationalised stories about drug use, compounding the ‘them’ (filthy drug users) and ‘us’ (good law abiding citizens) distinction. This is utterly artificial but it’s a simple, persistent and extremely harmful myth.

Taking away mystery and danger

I work with a group of families as part of the Anyone’s Child campaign. We all have relatives who have been in some way punished by our drug laws: whether through criminalisation, prison or death. We have looked at the evidence provided by the world’s leading drug researchers at Bristol-based charity Transform Drug Policy Foundation and read their ‘Blueprint for Regulation’ booklet. Regulation makes more sense to us than anything anyone ever told us about how to deal with the drug related problems our families have been through.

Were drugs other than alcohol to be legally regulated, they would be sold through licensed practitioners who would issue prescriptions. The glamour would be taken away – very much like it has been for cigarettes. People would be encouraged to be conscious of their drug use rather than getting caught up in the risks of accessing drugs while avoiding the police. We could all talk more openly and honestly about it.

Drug users would know exactly what quantity, strength and purity of a substance they were getting. They would know what the effects and side-effects would be. The mystery and most of the danger would be taken away.

Drug overdoses are usually about not knowing what is in your drugs, not being educated about your drugs and how to use them safely – or putting yourself in dangerous situations and cutting yourself off from sources of support because it’s illegal to possess your drug of choice. These are all a direct result of the prohibition of drugs. Drug deaths, which number over 50 a week in the UK alone, are mostly avoidable.

If all drugs were legally regulated tomorrow – how would your own behaviour change? Would you start using heroin? I wouldn’t. The truth is those who are drawn to heroin are in a lot of emotional pain and they find it is one of the few things that enables them to cope. Many addicts have been abused as children. At what point do we stop caring for the abused child and turn our rage on the irresponsible adult?

At what point do we stop caring for the abused child and turn our rage on the irresponsible adult?

If heroin were legally regulated, those people in pain could go to doctors to talk about their pain and be given safe doses of medication. The money currently used to police drugs could be put into treatment for addicts instead.

Help, not shame and stigmatisation

‘Why should we pay for bone idle scum junkies to get high?’ I hear people ask. Why not reframe the question: ‘Why should we help people in a lot of emotional pain get the medication they need in order to be able to deal with their issues?’

My partner Jake was someone who struggled with a great deal of emotional pain; having started off with youthful experiments at the age of around 12, he found himself networked into a criminal set that supplied a variety of drugs. It was easier to broaden his repertoire than stick to the same substances. Heroin found him at the age of 19.

Once word got out that he was one of the ‘bad kids’ that used drugs, he saw less and less reason to stop. The labelling he was given by society compounded his mental health issues around shame and stigmatisation. Had his drug use been treated as a medical issue, he might not have got the kudos of hanging out with the bad boys, instead being seen by the authorities as one of the boys who needed help.

Prohibition unnecessarily punishes the youth who want to experiment, learn and take risks. Aside from leaving them in the hands of people who cut their drugs with toxic substances, they risk a criminal record that will stick to them for life. I hope beyond hope that the insane mindset that banning some drugs will actually stop people from being interested in getting hold of them changes before my own son reaches his teens.

I miss my partner and my son misses his father every single day. Fifty families a week in the UK join our ranks. It doesn’t need to be this way.

We need to take our heads out of the sand, stand up and be counted and call loudly for a drug policy that makes sense. The evidence is there for anyone who cares to look.

« School for teenage mums under threat 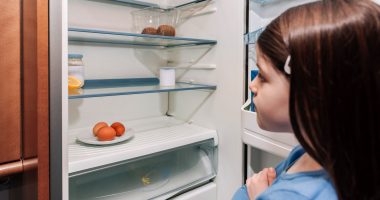