Infertility is a medical condition. One in 13 couples will try for a baby for two years without success, therefore meeting the first eligibility criteria for receiving IVF treatment from the NHS. While the number of couples struggling to conceive is staying the same, because of NHS underfunding the number of couples in the Bristol region who get their treatment paid for is set to be halved.

The Bristol, North Somerset and South Gloucestershire clinical commissioning groups (CCGs), responsible for commissioning and planning local health services, are implementing changes to IVF provision. The planned changes will restrict provision to one cycle for women between the ages of 30 and 35, rather than the current upper age limit of 40. The new limit will mean the number of women and couples receiving the treatment on the NHS will drop from 400 per year to 200 according to the CCGs’ estimates.

Bristol East MP Kerry McCarthy blasted the changes as “completely unfair and discriminatory”, while over 1,000 people signed a petition against the new criteria. National Institute for Health and Care Excellence (NICE) guidelines suggest three cycles should be available for women under 40, but local CCGs are not obliged to provide that level of treatment.

Couples who no longer qualify for NHS treatment will instead have to source their treatment through the private sector, if they can afford it. The Fertility Network estimate costs at £6,000-£12,000 per cycle of IVF treatment, which is for many a prohibitive sum. Cycles do not guarantee success, with each cycle giving a 10-40% chance of pregnancy, depending on age and other factors.

“The proposals will make eligibility criteria some of the most ridiculous in the whole country. With the NHS providing so little the private companies can laugh all the way to the bank,” says campaigner Kitty Webster, who has also been a patient Bristol Centre for Reproductive Medicine (BCRM) patient.

The NHS in Bristol isn’t just pulling back from paying for infertility treatment; soon it will no longer provide it. North Bristol Trust, which delivers IVF treatment, is set to privatise BCRM, Bristol’s only fully equipped IVF clinic. The decision has been extremely contentious, with criticisms of the cost-effectiveness of the move coming from patient campaigners as well as disgruntled staff.

Three people working in the sector contacted the Cable under the condition of anonymity to complain about how the changes have been decided and communicated to staff, and what the future might hold for the service. They described the sell-off as “unfair” and “unnecessary”, saying that the trust appeared to have chosen to cease operating the service rather than cough up the investment needed for expensive new technology that would have allowed the centre to keep running profitably.

In justifying their decisions to outsource IVF provision and restrict the eligibility criteria, the trust and CCGs point to financial considerations. According to the trust, there has been a “significant decrease” in the numbers of NHS patients referred to it, as more couples and individuals fund their own treatment.

In a statement, the trust said: “The Trust board agreed that providing fertility services did not meet our strategic objective of providing acute services, nor could we continue to prioritise the investment in continuing to run a fertility service that could compete with other providers.” It added: “This was a difficult decision as we know that BCRM has helped to make many families and we are proud of what our staff have achieved.”

Similarly, the CCGs pointed to the growing financial deficit they find themselves in. A spokesperson for the Bristol, North Somerset and South Gloucestershire CCGs said the groups had to “live within [their] means” and “make the most of taxpayers’ money.” The spokesperson also said that the organisations will continue to offer treatment to hundreds of couples struggling to conceive every year.

The assurances do not placate critics like Webster, who says the NHS will lose money when it has to start paying the higher prices of private providers to treat patients who still qualify for NHS funding. “You know as soon as it’s taken over the costs will go up even more,” she says. “It’s bad for the NHS because it’s an internal market, so NHS-funded patients will cost more to treat. And when you have to go down the self-funding route it’s crazy costs. People bankrupt themselves doing it.”

The staff who spoke to the Cable were unconvinced that the centre was in fact a financial liability, saying that until recently infertility treatments and IVF were instead seen as a potential revenue-raiser for the hospital.

Indeed the centre holds a dominant position in the local market for treating infertility. It is equipped with a £3.5m laboratory, embryo storage facility and an IVF clinic, which were all newly built for the unit’s formation in 2008. While there are other licensed providers in Bristol, none of them have the laboratory or operating equipment to do every type of procedure. That meant BCRM could make money from both NHS and self-funded patients, and any competitors would have to either build their own clinic at great cost, or rent space from BCRM.

The sentiment of local staff was echoed by Dr Sue Avery, director of Birmingham Women’s Fertility Centre, who spoke to the Cable, saying her unit demonstrates that it’s possible to run an NHS service and still turn a good profit for the local trust. The unit she runs is seen as a financial asset, rather than a drain, so it was a surprise for her to hear that North Bristol Trust was ceasing to operate BCRM on financial grounds.

The procurement process is still ongoing, at the time of writing. The CCGs will announce who has won the award in October, and the new provider will take over on 1 December 2017. BCRM emphasises that the transfer will not interrupt patients’ care.

While the sale of BCRM was supposed to take only a few months, all in all the process has dragged out for nearly two years. Arranging the exit of the largest IVF provider in the Bristol region and selecting a competent successor would be the challenge in the best of circumstances, but the position of the NHS is a long way from that.

According to sources who wish to remain anonymous, the sale was beset by complications. It wasn’t as easy as it had seemed to cut the IVF service away from all the other tests and procedures attached to it, and unpicking this bundle took far longer than anyone planned for. Another problem was that the trust realised that the BCRM building wasn’t really going to be suitable for easing capacity in the core hospital, as had been hoped. So the trust won’t get more space to treat patients, but at least it will be able to collect some rent by leasing the BCRM facilities to the next provider.

That’s the strange logic of the sale of BCRM: that it’s better for an NHS trust to build an IVF clinic and be a landlord to a private provider, rather than to use it to provide healthcare. At a time of enormous financial difficulties in the NHS, it can only be hoped that the complicated and messy privatisation of Bristol Centre for Reproductive Medicine isn’t an indicator of things to come.

« How this Barcelona group is building community power

School for teenage mums under threat » 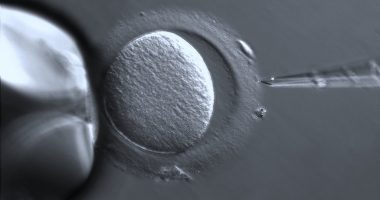 Infertility treatments to be halved under new plans

As central government steps in to drastically cut healthcare in the Bristol region, infertility treatments are set to be halved to save a paltry £1m...