From politics to potatoes: real views and stories from Bristol refugees and asylum seekers.

People listened to the recordings while looking at the objects the speakers had chosen.
Credit: Mohamed Mujahid

Bristol Free Voice facilitators talk about how they’re challenging negative perceptions of refugees by creating a platform for people to speak in their own words.

Bristol Free Voice is an attempt to tackle the ugly stereotypes about refugees and asylum seekers in the mainstream media, which fuel hate crimes, discrimination and prejudice.

We – a group of volunteers and members with the charities Bristol Refugee Rights and Borderlands – have begun talking about what we can do to change this. We are creating a platform that refugees and asylum seekers in the Bristol community can use to express themselves, on any subject.

“Bristol is a very diverse city, and to show off that diversity is the only solution we have for the future.”

We’ll publish stories on politics, whether it’s opinions on the immigration process from people who are living through it, or looking at issues like housing that affect asylum seekers and everyone else too. We’ll also publish on culture and lifestyle, with people sharing everything from music mixes to potato recipes from their home countries, for everyone to read.

It’s about challenging stereotypes by getting to know people through their own words and perspectives, as well as showcasing the talent and skills in Bristol’s refugee community.

For our first project, the Voice Box, we recorded a group of refugees and asylum seekers sharing ideas and memories of home. Though participants told their stories anonymously, each person picked a meaningful object go with their words – a flower that reminded them of their garden at home, for example, or an item important to their work.

These stories were showcased at the Arnolfini as part of this year’s Refugee Festival; people listened to the recordings while looking at the objects the speakers had chosen. Their reactions included that the experience was “fantastic”, and that the Voice Box was a reminder that “it is not ‘me’, it is not ‘you’, it is us all together”. One person noted that the event offered a glimpse “behind the masks” that diversity can sometimes present, helping promote a better understanding of others, while another commented, “Bristol is a very diverse city, and to show off that diversity is the only solution we have for the future.”

Each person spoke anonymously, but picked a meaningful object go with their words.
Credit: Mohamed Mujahid

To build on the success of the Voice Box, we want to give a platform to more people and to experiment with different ways in which people can express themselves, such as podcasts and articles.

We’re facilitators, so people can tell us what they want to talk about and have a stage from which to do it. A few people have told us that they want to speak on women’s issues, so that’s what we’ll be working on next. We want to hear from you too.

Quotes from the Voice Box:

“The smuggler went inside the truck, which was full of newspapers”

“The smuggler went inside the truck, which was full of newspapers… He said, ‘Just go in there and hide for a few hours and then you’ll be in a different country’.

“The space was really, really tiny. I couldn’t even lie down properly, I had to just sit on my knees. It was really, really dark and very scary, and I was just a teenager… I just hid in there for like 48 hours, and all I had was a bottle of water. I didn’t have [any] food, and I had to just be in there, like being in a grave. All I had was a little hole from the other side that I could breathe [through] – that was everything.

“That was my only option, to be in that truck… I had to do it to be in a safe place.”

Rose handmade by the speaker’s daughter

“Home to me is somewhere with a garden, which had lots of roses, red, yellow and pink. When I was in my homeland, back to the mountains of Kurdistan… I had lots of friends, lots of family, I had a mum in a kitchen who was cooking all the time… I had a regular job that I loved and I was passionate about… I couldn’t find all of this here in the UK, but I found the roses.”

“I worked as a teacher, as a stage actress, but I never washed dishes for money”

“When I first arrived in the UK, and Bristol, straightaway the first job available was washing dishes. It was a bit shocking to me and not acceptable at all, because I worked as a teacher, as a stage actress, but I never washed dishes for money – I washed [dishes] at home when I wanted to… After 10 years, I’m used to the idea now.”

“Some of the places you go in Bristol, you feel the breeze and you remember home… When you see the trees and the environment and the smell of that place, you feel comfortable and you feel you are at home.”

“My job is painting… If I can do good art, scenery, portraits, I’m happy. If I get permission to work, to stay in this country, I can make nice paintings, portraits, paintings about friends, about Bristol, I can do anything.” 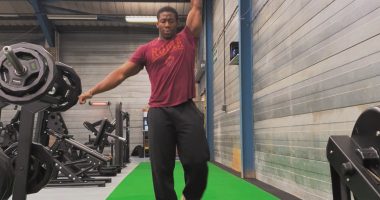