The council today will formalise a commitment to publish ‘viability reports’, the controversial secret documents used by property developers to systematically avoid building affordable housing in the city.

The council’s actions come a year after the Bristol Cable launched a campaign for transparency following exclusive investigations that revealed the scope of the scandalous and secretive way developers ruthlessly profit by exploiting a loophole in the planning system.

Developers create and use ‘viability reports’ to argue that the authority’s target of 30-40% reduced rate ‘affordable’ housing in new developments would make their schemes ‘financially unviable’ – and therefore can duck out of adhering to the targets. The reports themselves are routinely kept from the public on the basis of ‘commercial confidentiality’.

As a result, financiers based in tax havens, billion-pound corporations and even companies owned by global super powers were shielded by secrecy.

The Cable investigations came alongside a combative campaign led by ACORN community union and others to demand council action to shine a light on the murky practices of developers. The campaigns put the relatively obscure and technical issue firmly on the local political agenda, with mainstream media in the city picking up the scent (although sometimes fumbling it).

Responding to the calls, a Green Party motion to make viability reports public was approved by councillors in December 2016. It then fell to Paul Smith, the Labour councillor and cabinet member for homes, to make it happen through the various council bureaucracies. While the council did release some documents to the Cable following pressure and legal arguments, the process has taken some time.

Now however, it will happen: Bristol City Council joins the small handful of councils who publish these sensitive documents and stand up to powerful developers. The public will now be able to see exactly how the developers come up with their figures and how much profit they will be making. This is essential to challenging their attempts to plead poverty.

And so, a hat tip to Councillor Smith and the mayoral administration for taking heed of the calls and the strenuous efforts of the dozens of others of who made it happen, including the 1,800 Bristol Cable members who make this journalism possible.

As with anything, transparency is never the be all and end of promoting the public interest. But it’s a great start.

We need you to join the Cable co-op to support quality community media in the city.

Off the back of several Cable investigations and a campaign led by community union ACORN, in December 2016 councillors approved a Green Party motion to publish viability reports when developers attempt to avoid affordability obligations. Bristol councillors followed the lead of Islington, Greenwich and Lambeth councils, and now it falls to Marvin Rees and his team to give force to the motion. With several major developments on the horizon, it’s of crucial importance for the city that this happens pronto!
Copy Link

Opinion: Fitting that Bristol strikes at developers in week of Paradise Papers » 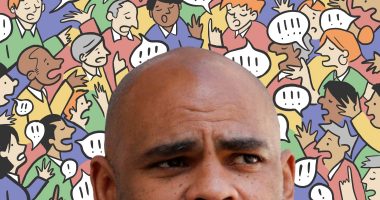