After a recent breakthrough in securing landmark planning reforms, Bristol’s music scene faces yet another setback

Two of Bristol’s iconic music venues, The Star and Garter and Bierkeller, have announced their closures in the space of a week.

Since 1993, Montpellier pub The Star and Garter was run by its legendary landlord Dutty Ken, who died last year at the age of 76.

The management of the much-loved underground venue, which was known for its intimate late night reggae parties, was taken over by his family.

“We’ve built something really special in here over the years, something that’s almost unique. There’s a certain vibe here that you can’t get nowhere else”

A statement on Facebook said: “Thank you so much to everyone who has supported and been part of so many amazing memories over the years, especially those who have helped and supported during the past year.

“Rest In Eternal Peace to the legendary Dutty Ken, he will live on through so many of us everyday and we will always remember this era of our lives.”

In 2015, when the pub was already under threat, Dutty Ken told the Cable in an interview, “Despite all the crime and hardship I kept it going, because this pub is my life, y’know? It’s all I have.

“We’ve built something really special in here over the years, something that’s almost unique that not many other pubs in Bristol have. There’s a certain vibe here that you can’t get nowhere else,” he said.

The shocking news for Bristol’s music lovers comes after numerous other nightlife venues have either come under threat or been forced to close because of developments or noise complaints including The Fleece, Thekla, Fiddlers, Brunswick Club and the Surrey Vaults.

Just days before the news about The Star and Garter, another historic venue, Bierkeller, had announced it would be closing down.

After showcasing live music in the city for around 40 years, including cult acts Nirvana, The Stone Roses and Arctic Monkeys, the venue said in a statement on Facebook said: “It is with a heavy heart that we have to announce the closure of the Bristol Bierkeller as of today.”

“The owners of the building we are housed in have decided to redevelop the whole site, and sorry to say we are not part of their plans,” it continued.

However, it later emerged that the venue had not been shut down due to redevelopment plans, but instead had not renewed its lease.

James Baker from developers Resolution Property said: “We had no plans to redevelop the Bierkeller’s space and we actually tried to incorporate the venue within our concept for the building.

“Unfortunately the Bierkeller’s owners were not in a position to renew their lease when it expired, so we now have to look at alternative uses for the space,” he said.

It is thought that this is because of unpaid rent, but the venue’s owners did not confirm this.
feat

Resolution Property bought the eight-story building in Broadmead in 2015 with plans to convert it into a “creative, commercial hub”.

Refurbishment has already begun on the upper floors, which had previously laid vacant for years, to accommodate multi-use offices, a gym and cafe.

“Bristol Bierkeller has closed. Another venue gone. Music and creativity in our cities is being dismantled by moneymen”

In an outpouring of sadness and anger at the news, almost 4,000 people shared their memories of the historic, 750-capacity venue, which first opened about 40 years ago.

Dave Haslam, who has written about the history of UK nightlife, said on Twitter: “Bristol Bierkeller has closed. Another venue gone. Music and creativity in our cities is being dismantled by moneymen.”

It initially operated as one of a chain of venues across the UK that were early importers of German beer and in the 1970s hosted German oompah bands most nights of the week.

The venue has also put on hundreds of theatre performances. Austin Mockridge, theatrical director at the venue, told the Cable: “There’s been a lot of coming and going all around us and we’ve held out, but it was a shock that it suddenly had to happen.”

He said that hosting live performances had been “an absolute privilege”. “Every night you put a show on, you feel a million dollars when people are loving it and the people on the stage are at one with them. Nothing beats it,” he said.

Bristol’s night time economy received a boost in January when the government gave its backing to a reform to planning law that would protect music venues from noise complaints from newly built flats. However, with venues continuing to go under, the future appears to be far from secure.

« From drugs to Jiu Jitsu

Prisons: From ‘warehousing’ to workshops » 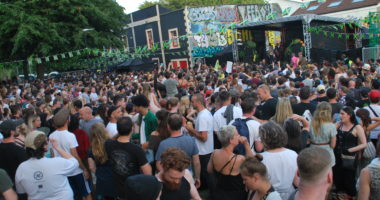 As shown by the Star and Garter and new venues, Bristol's nightlife is threatened but being forced into revival and rebirth.

by Joe Skirkowski and Matty Edwards on 22nd February, 2019 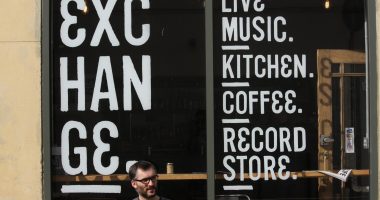 by Joe Skirkowski on 4th September, 2018