Photos: Windmill Hill City Farm and Off The Record

There are so many outside factors that impact on our mental health, from job insecurity and deprivation to discrimination, social exclusion, diet and relationships. Despite the influence of these social and environmental factors alongside genetics, most mental health treatment is focused on medical interventions.

In the light of last week’s revelation that antidepressants do work – something we already knew but that has now been confirmed – it’s important that non-medical interventions are not undervalued.  Talking therapies are equally effective treatments for moderate to severe depression, the study by reseachers at Oxford University found.

As the NHS buckles under pressure, community-based initiatives in Bristol are using group activities and social interventions to provide a vital non-medical alternative to mental health treatment.

Genevieve Smyth, a professional adviser for mental health at the Royal College of Occupational Therapists, argues that it’s too easy to medicate, when sometimes what people need is a different kind of help.

“Social determinants of health have more of an effect on our mental health,” says Smyth. “However, strangely and sadly, the majority of statutory NHS mental health services focus on medical interventions.”

“Medication has a whole raft of side effects. What are the side effects of football?” she asks.

Positive social encounters, a strong support network and structure are all key to building resilience and helping with mental health problems. Smyth says that something as simple as a playing team sports can be hugely beneficial to people’s mental health by giving people physical exercise, community and routine.

However, it’s harder to measure the impact of social determinants, or how beneficial social interventions are, so there’s a larger evidence-base for the effectiveness of medical interventions.

Young people’s mental health charity, Off the Record (OTR), has a lot to say about people’s participation in their own mental health. Its CEO, Simon Newitt writes in a 2016 blog that relationships make all the difference.

“[The assumption that] participatory services are more effective than transactional ones (services in which patients ‘consume’ support from an ‘expert’) – is grounded in the belief that all young people, whatever their circumstances, have capacities and capabilities as well as needs and vulnerabilities,” he writes.

Newitt says that “social networks are more powerful than individual solutions” and argues that one of the charity’s main responsibilities is helping young people recognise when their distress “has its origins outside them, in unjust social arrangements that are not inevitable but man-made”.

Community and creativity as treatment

“Sometimes, mental health is a journey that people are on and they just become more robust and better at dealing with it – and these things take time”

“Emotions are abstract, they don’t always have a language to describe them – you might say ‘I feel dark’ or ‘I’m under a cloud’. We use a lot of metaphors so I think art can lend itself really well to that kind of abstract expression, to something that might not actually have words, that might be non-verbal,” she explains.

Deane says that the medical model’s ‘fix it’ approach to mental health isn’t always the most effective, and that working together to help each other and ourselves can work better than being fixed from the outside.

“Maybe that’s just where money goes, sadly, in the hopes that everyone can be fixed, whereas I’m not sure that’s how people ‘get fixed’. Sometimes mental health is a journey that people are on and they just become more robust and better at dealing with it – and these things take time,” Deane says.

“Lately, what we’re beginning to learn is that these more humanistic approaches – where people are treated like people and things are more personalised – are perhaps more healing.”

Windmill Hill City Farm, open since 1976, is another service which has huge benefits for people with mental health problems. At the moment, it has around 120 supported and independent volunteers, who work with animals and horticulture as well as doing general maintenance.

Some attend Tuesday night drop-in mental health groups and back-to-work placements. People can self-refer, but the farm also has a good relationship with mental health community teams in Bristol.

“We use nature-based activities, using the outdoors as a resource to help people improve their wellbeing,” explains Sam Lloyd-Smith, the farm’s health and social care manager. He says that people need access to green spaces as an antidote to city-living. “We’re in quite a deprived area so being able to walk into a free, green community space and get involved is massively valuable to people.”

“If pressure continues on services and they do end up closing, there are going to be huge repercussions. I don’t know if that’s fully understood by the big cats”

Windmill Hill City Farm has been lucky. Whenever funding has disappeared from one source, managers have always been able to find alternatives. They’ve not managed to keep all their services running, though, after losing an older people’s group they’d been running for almost two decades.

“Some of those ladies had been attending for 15, 16, 17 years… as long as it had been running, but recently that funding came to an end,” says Lloyd-Smith. “It’s just a sign that there’s constant cuts and they (the funders) didn’t see it as a valuable enough service.”

There’s a danger that the importance of these services isn’t completely understood. Lloyd-Smith says that services like the farm serve a preventative as well as a rehabilitative function, giving structure, routine and a sense of community.

“It’s a lifeline for people, it adds purpose and it adds value to people’s lives.”

Lloyd-Smith says that services like the one offered by Windmill Hill City Farm reduce demand on the NHS and “do a huge amount to prevent people falling into crisis”.

“If pressure continues on services and they do end up closing, there are going to be huge repercussions. I don’t know if that’s fully understood by the big cats.” 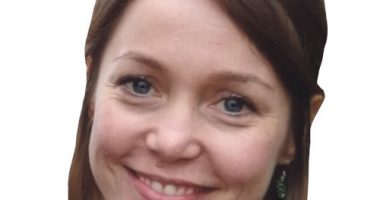 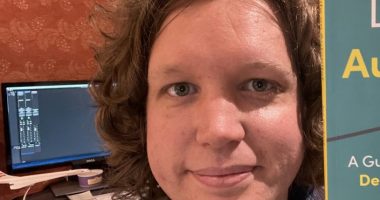