Seven pubs in Bristol are registered in offshore locations commonly known for their tax haven status such as Jersey, the Cayman Islands and the British Virgin Islands, Cable analysis of Land Registry data can reveal.

The Slug and Lettuce on St Nicholas Street, the Greenhouse on Park Street, Walkabout on Corn Street, The Old Post Office on Fishponds Road and the Cider Press on Gloucester Road are owned by pub chain Stonegate, registered in the Cayman Islands.

The Shield and Dagger on East Dundry Road and the Miles Arms on Avonmouth Road are owned by pub chain Milton and registered in the Isle of Man.

These pubs are just a fraction of the hundreds of Bristol properties owned by companies based in tax havens. See a map of locations here.

There is no suggestion that any company who has property or business in Bristol registered offshore is doing anything illegal. However, the reason that companies or individuals may choose to register buildings and businesses on exotic islands instead of on the cold and grey British Isles is (probably) not because they want to take business trips to the Caribbean. Rather, it’s more likely because it’s possible to avoid paying corporation tax on operations.

Stonegate is owned by TDR Capital, a private equity firm based on Grand Cayman. A Stonegate spokesperson told the Bristol Cable that the company do pay UK corporation tax annually. They declined to comment further when asked whether they had chosen to register their businesses in the Cayman Islands to avoid paying stamp duty or other fees in Britain.

Ranked third in the world for secrecy by the Financial Secrecy Index, the Cayman Islands helps shield £20bn a year from the British Treasury and it’s estimated that around £7.6tn of wealth globally is squirrelled away in offshore accounts.

Tax haven expert and Professor at the City University London, Ronen Palan, said: “I’ve seen exactly the same answer from other companies involved in the Caymans. In fact, so similar I wonder if they get the response from Cayman government. These pubs still pay tax on operational profits, but they may have been purchased originally in Cayman from another offshore company, thus avoiding stamp duty, or might be sold eventually in the Caymans to another company and thus avoiding capital gains tax.”

When asked, four out of five of Bristol’s Stonegate pubs had members of staff who were not aware of the companies offshore status. Richard*, a manager from the Old Post Office stated: “I did hear that the company was owned offshore but none of the staff know the ins and outs of the company’s proceedings.”

Stonegate has seven brands meaning that their chains can blend into urban spaces without people realising it’s all the same company. CEO Simon Longbottom told thisismoney.com: “’We can dominate in town centres through our different brands,” confirming the company’s plans to homogenize British urban spaces, “we’re not precious about which format it is, so long as we can maximise the profitability from each business.”

Milton pubs did not return a request for comment.

« Mental health: weighing up the options 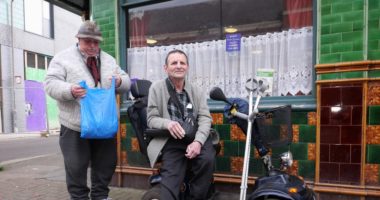 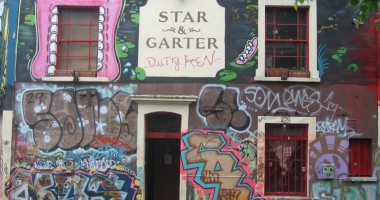 The Star and Garter, longstanding Montpelier pub and late night music venue, is threatened with closure by the 29th of May.