After 200 tenants were recently evicted, the future of Stokes Croft’s cultural hub hangs in the balance as plans to redevelop are blocked yet again by the council.

Bristol City Council has refused a second planning application to redevelop Hamilton House into flats, in the latest development of a bitter dispute over the building at the heart of Stokes Croft.

Hundreds of artists, community groups and social enterprises were evicted from block C of the building in March, which now lies empty, but tenants are now welcoming the council’s decision to block the development plans.

The building’s owners Connolly and Callaghan (C&C) accused the council of “endangering” the future of Hamilton House by rejecting two planning applications within six months, which they say is not in accordance with the law.

Coexist, the social enterprise which has managed the building for almost 10 years, has been able to relocate some of the tenants to block B. Those who stayed are having to pay 50% more in rent, as a result of Coexist being subjected to a 400% rent increase. A new 10-year lease is currently being negotiated between Coexist and C&C, but after months without an agreement the future of the building and its current tenants remains unclear.

C&C say they plan to build affordable housing but have already had a planning application refused by the council in December, which they said they would appeal.

They are trying to get planning consent under permitted development rights – a controversial law introduced in 2013. It allows developers to convert offices into residential spaces without the scrutiny of a full planning application.

The council rejected C&C’s second application because it does not deem the activities at Hamilton House to fall under the B1 category of office use.

A supporter of Hamilton House has applied to establish the building as a community centre, which if granted, would mean full planning permission would then be needed to change the building’s use in order to convert the space into flats.

C&C said they were “disappointed” at the council’s decision, and that the funds from the residential development were central to the “much-needed” improvements to the rest of the building.

A Hamilton House tenant, who spoke to the Cable on condition of anonymity, described the council’s decision to block the development plans as “very positive news”.

“It’s clear that not only is there no support in the community for C&C’s proposals to redevelop the building into housing with the loss of a hugely important cultural and community hub, it’s now clear that their attempt to exploit a planning loophole to avoid their obligations to the people of Bristol in terms of social housing provision and other planning levies will not be allowed by Bristol Council,” they said.

“C&C seem intent on destroying both their reputation and any good will they have in the city with redevelopment proposals that a huge amount of the city is against and would have a devastating impact on both the Bristol’s creative community as well as the wider regeneration of Stokes Croft.

They said the building owner’s “repeated failure to deliver on their promises” over the last year had left people “antagonised” and “frustrated”.

C&C rejected a £6.5 million bid from Coexist to buy the building last year. The tenant said this refusal gave them “the opportunity to stop fighting against the community and instead re-consider selling the whole building to the community”. There was a visual protest outside Hamilton House on Monday, as orange figurines were scattered around Stokes Croft.

Alice, an artist and tenant of block B, who was part of the community action, told the Cable: “220 artists were evicted from the building last month so we just wanted to find a visual protest for the loss of artists from the neighbourhood.

“I think the key thing is a lot people don’t know it’s happened so it was about reaching those people, who walk down the street all the time,” she said.

“I think it’s very positive from the community’s point of view that we have some support from the planning department and really important for the whole community to have that vote of confidence,” she added.

“We don’t really know what will happen next at this stage, but what has happened in that refusal is that a space for possibilities has opened up again. It just buys us time and space to keep on sustaining the resistance to this devastating trend of gentrification.”

She said that although everybody was making do following the evictions, the diversity of people had been massively affected. “It’s sad, because the market is now determining who can be in the building.”

A spokesperson for Coexist said: “We still believe that the only way forward is to ﬁnd a way to secure Hamilton House as a building for community use long into the future.”

“This is the way to truly honour the investment of literally millions of volunteer hours of labour, expertise and love, and the 10 years of ﬁnancing of Bristol’s most loved creative hub,” they said.

“In light of the recent permitted development decision, we would like to reiterate that Coexist ﬁrmly believes that the future of Hamilton House, the community’s vision and provision for the community should be protected.”

Andrew Baker, head of social enterprise at C&C said: “The permitted development application was the first step in a process towards a full planning application that would have resulted in 34 much–needed homes for affordable rental to local people, while securing over 20,000 sq.ft. of office and retail space for small business start-ups and artists, plus a community hub in the Stokes Croft block. We see this as key to supporting this deprived area of Bristol.

“We will now be consulting our legal team, planning advisors and Coexist in order to decide how best to remain in compliance with existing planning and to proceed from here with our appeal.” 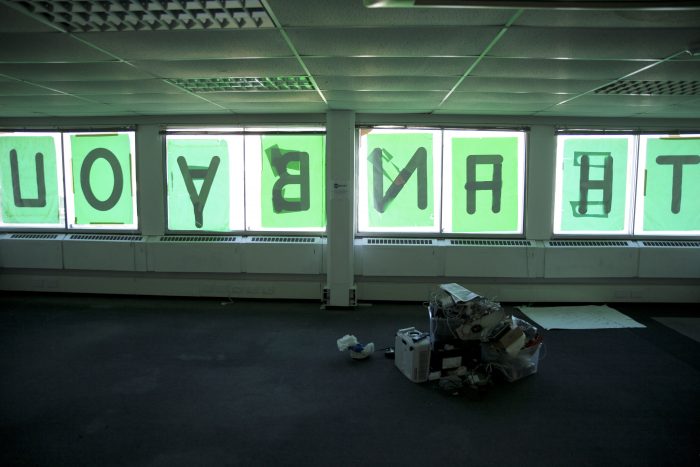 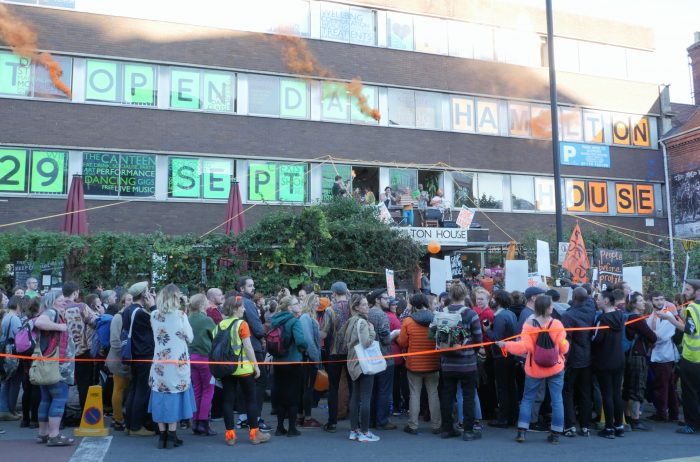 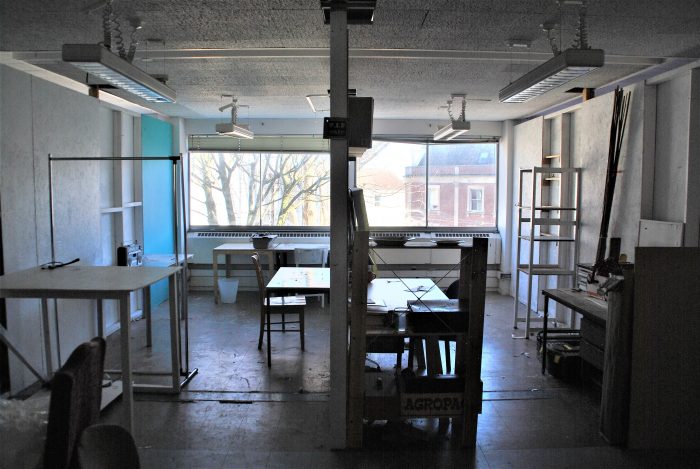