“If you have a crisis situation, there is somebody at the nursery I can talk to, but if they’re all centralised somewhere else you have to hope someone will be free to come see you.”

John Windridge, 43, is a single parent whose four-year-old goes to Hartcliffe Nursery School and Children’s Centre. John is disabled and accesses various services at the children’s centre, from a father’s support group, to help with appointments with social services, and when claiming benefits.

“I’m very worried that that might not happen in the future. Not just for me, but for other parents in my situation. They’re cutting it down too much and it’s going to cause problems in the future.”

Bristol City Council has been praised for managing to keep all 22 centres in Bristol open, while many centres are closing across the country, but after staff cuts across the city, centre managers say services are on the brink and may not be able withstand further cuts.

“I think at the moment it is sustainable, but any more cuts will make it very difficult”

In February, the Cable reported that massive staff cutbacks were imminent after a budget reduction of £1.5m, as children’s centre staff were to work from four centralised hubs instead of individual centres.

As a result, in Hartcliffe, one of the most deprived areas of Bristol, the local children’s centre has had its staff cut in half. Out of a team of six at Hartcliffe Children’s Centre, three took voluntary redundancy and three have been re-deployed to the new South Bristol Hub in Knowle West.

The three staff will be based in Hartcliffe, but will also be expected to provide services across the south of the city – from Redcliffe to Whitchurch.

Thousands of parents rely on these services, and John is one of them. He has degenerative disc disease – a form of arthritis in his spine that causes mobility problems. “I’m in constant pain. I even struggle to walk to the shop across the road. I have to get help to look after my little boy,” he says.

The support for fathers has been crucial, he says, from being able to discuss issues around partners and social services to simply socialising with other parents. He has also had help during behavioural problems with this son, when the nursery offered to take him for a second afternoon free of charge.

“I love the nursery, they’ve been brilliant. If they move outreach workers around, they’re going to lose years of trust in the community. They know most people in the local community and we know we can go to them. It’s very worrying. The staff are very hardworking but are up against it because of the cuts.”

“Any more cuts will make it very difficult”

Sure Start children’s centres were a flagship policy introduced by the first New Labour government in 1998 in an attempt to combine services for young children and families.

By its peak in 2009, there were 3,632 centres, over half of which were in the most disadvantaged areas. However, since 2009 £1 billion has been cut from Sure Start budgets. This has forced 1,000 centres to close – a reduction of more than 30% – according to research by social mobility charity the Sutton Trust.

The report says the children’s centre system is now at “tipping point”, as centres are either closing or reducing their services, and calls on the government to complete a long-promised review of children’s centres.

The children’s commissioner for England recently warned that cuts to early years and youth services were pushing more children into care and putting them at risk of exclusion from school.

In Hartcliffe, they have lost three family support staff with decades of experience, who provided targeted support for complex problems such as domestic abuse and postnatal depression, as well as more general groups used welcome families and identify possible problems.

Natacha Yuen, the nursery and children’s centre headteacher, tells the Cable: “I don’t know yet if we’re going to have fewer services. All I can say is that we have fewer staff across the south. I think at the moment it is sustainable, but any more cuts will make it very difficult.”

She adds the close cooperation between children’s centres and social care are at risk. “It could be very difficult for us to provide the level of support we have in the past, because we just don’t have the specialised staff.

Deputy headteacher Matt Green tells the Cable that services have only been maintained because of the “dedicated” and “passionate” staff, who have been willing to go “beyond what’s expected of them”.

“I think Bristol City Council have done very well maintaining all of the children’s centres, because a lot have closed elsewhere in the country. However, people aren’t necessarily understanding how close we are to losing something that’s so incredibly valuable,” he says.

“Perhaps the biggest challenge is going to be keeping that joint connection between the nursery schools and the children’s centre because they are being managed elsewhere.

“Money isn’t ring-fenced nationally, so I think we really just need to raise awareness in Bristol about the struggles we are having to try to maintain this service. This is a national problem and the only way of solving it is to take this to a national debate on how much we value this service.”

Green says the value is that these services are universal. “The difficulties that parents have early on are not exclusive to class or gender so they have to be accessible to all, because if there’s a parent out there, there’s a vulnerable child.”

Yuen adds: “As a parent, it’s fairly easy to become isolated, so children’s centres are somewhere you can go – a safe place. You may need specialist support or just a bit of time with other parents who are in the same position as you, where you can form friendships, build community bonds and ask questions.”

“Research has shown that if more support is put in during the first two years of life, the impact is enormous on all aspects of those children’s lives going forward, not just on educational results but successful relationships and prison figures.

“Our very deep frustration is it has been shown time and time again that a relatively small amount of money at this age saves a huge amount of money further down the line. It’s becoming increasingly difficult because that position is just not shared by central government.”

In the midst of cuts to children’s services at local level, funding for nursery schools is both complicated and challenging. On June 22, the nursery hosted celebrations to mark 100 years since state-maintained nursery schools were first opened in Bristol in an attempt to raise awareness in the face of slashed budgets and rising costs.

Nurseries are forced to find the tricky balance between receiving more funding by taking on more children while managing workloads for staff.

They also have to pay business rates for the building, unlike primary schools who get an exemption. The money Hartcliffe receives for SEN children doesn’t cover the costs and has to come out of general budgets.

Again, the picture in Bristol is nonetheless better than in some places, as all nursery schools in Bristol are rated good or outstanding by Ofsted.

A spokesperson for Bristol City Council says: “The new area model of children’s centre services will continue to ensure that integrated early education, childcare, family support and health services are available in every community in Bristol.

“Any change is difficult for the individuals involved, but throughout this process, we have worked closely with children’s centre staff and the families that use those centres to ensure that local priorities are well understood and that there is as little disruption as possible to services provided.

“Children’s centres have been working in partnership for some time, particularly in South Bristol, and the new model will enable this to grow. The importance of the trusted relationships between children’s centre staff and the community has come through as a strong theme throughout the process of change and transitional arrangements are in place to support a smooth transition to the new model.”

While Green and Yuen praise the council for keeping centres open, concerns remain about whether services are sustainable with further cuts possibly on the horizon and whether the new model will be less personalised. 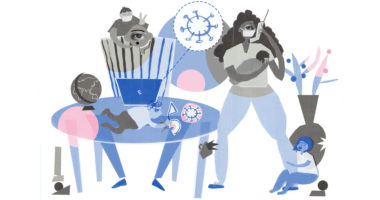 We talk to a nursery manager about the financial impact of coronavirus and the future of early years provision in Bristol. 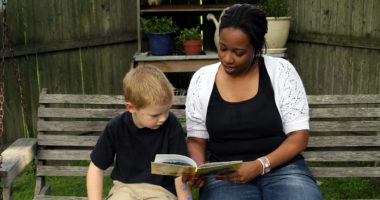 ‘I have never experienced such intense stress’: Social workers on the strain of cuts 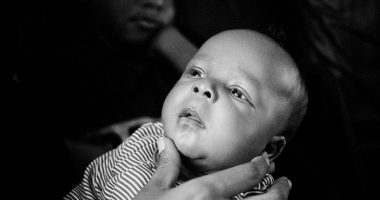 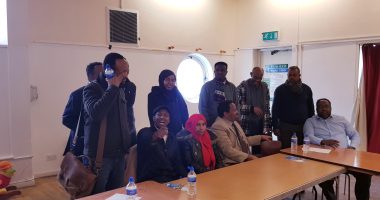