There was a time in this country when being a practicing gay man could lead to you being dragged in front of a judge, and executed.

On the 2nd October 1781, John Dunning Esq. was presiding over the City and County Assizes, the highest court in Bristol at the time. During the hearings, Benjamin Loveday and John Burke were capitally convicted of sodomy with each other.

Joseph Giles and James Lane were also convicted of sodomy with Loveday. But this was filed as a misdemeanour, and they received a lesser punishment of being forced to stand in the pillory – the stocks – according to the Bath Chronicle and Weekly Gazette at the time.

There was little public sympathy for gay people in the 18th century, and very little, if any, public outcry

Whilst the act was repealed and re-enacted in the 16th century, it remained in force until it was replaced by the Offences against the Person Act 1828, and buggery would remain a capital offence, with a possible death sentence, until 1861.

The last two Englishmen executed under this draconian law were James Pratt and John Smith, who were hanged outside Newgate Prison in 1835.

Not all found guilty under the act directly suffered the ultimate sanction of execution. Some were sentenced to a prison term, but also with a period in the pillory. However, this could also constitute a death sentence, as the crowd pelted the defenceless unfortunates with all types of missiles.

This was almost the case for two unfortunates in April 1810, T. Carter and J. Wellington, who were convicted of ‘committing an unnatural crime’, and sentenced to two years imprisonment and two hours in the pillory. They were attended by a large crowd on market day, who pelted the men with everything they could lay their hands on, including dead dogs and cats. Carter received especially harsh treatment from the crowd. This could have been because he was a Sheriff’s officer, a thief taker, or because he was 30 years the senior of Mr Wellington. Whatever the case, it was reported in the Bristol Journal that Carter was fortunate to escape with his life.

After the 1781 trial, the Oxford Journal reported that Loveday and Burke were due to be executed on Friday 12th October, for the ‘detestable crime of sodomy’. There was little public sympathy for gay people in the 18th century, and very little, if any, public outcry. Both men professed their innocence to the very end, despite vigorous efforts by attendant clergymen to get them to confess. In prison it was noted that their behaviour had been ‘decent’ – whatever that means.

Loveday had been a waiter, but up until his arrest kept a public house in Tower Lane, central Bristol. Burke, meanwhile, was a midshipman in the impress service. His role, seizing unfortunates and making them serve in the Royal Navy, would not have made him popular. As shown in the book Bristol From Below, the Bristol crowd regularly fought press gang incursion, and attempts to take sailors to serve in the Navy in Britain’s wars.

Until their last breath, they maintained their innocence

On the day of Loveday and Burkes’ execution, they were conveyed by cart to the gallows at St Michael’s. In attendance on the cart was the Rev. Easterbrook, who had been unable to get the condemned men to confess. Until their last breath, they maintained their innocence. However, they did ‘acknowledge themselves to be guilty of many heinous crimes’. These felonies remained unspecified. Perhaps the men admitted to not being the best Christians in the city, although they did not recognise the crime of love.

The usual signal to the hangman to conduct his grisly job was a dropping of a handkerchief. On this occasion Loveday dropped a small posy of flowers, before being dispatched.

It was later suggested that Loveday, rather than running a run of the mill boozer, had in fact been the proprietor of a ‘molly house’. A molly house was the slang term for an establishment in the underground market for same sex desire. These were safe houses, where people so inclined could relax. There were many operating in Bristol. How these two men were caught is unclear, but their conviction was quick, and it stood. On their death, Loveday was 41 years old. Burke was younger.

It’s important to remember that our government is still complicit in people being targeted, and sometimes killed, for nothing more than the crime of love

Other Bristolians were hanged under the 1533 Buggery Act. In September 1752, Richard Arnold, a farmer, but also (like Loveday) a pub landlord, was caught making love to William Critchall. The men were found in coitus, in a back room of the Swan alehouse in Broad Street. Critchall was a footman, aged about 20 during the act, whilst Arnold was about 60. Being the older of the two, the court found Arnold the more culpable of the two. He was executed in August 1753.

Burke and Loveday were the last ones hanged in Bristol, whilst the persecution of gay people continued, right up to modern times. Thankfully, the state has stopped killing people for loving the same sex and practising adult choice that reflects this.

Presently however, as part of the government’s “hostile environment” for immigrants, some gay people are being asked to prove they are gay whilst incarcerated in Yarl’s Wood detention centre. Failure to prove they are gay would lead to them being forcibly deported back to the intolerant regimes they first fled. Some of these practice torture, or capital punishment, for being gay.

So, whilst we may have moved on with regard to gay rights for British citizens, it’s important to remember that our government is still complicit in people being targeted, and sometimes killed, for nothing more than the crime of love and their personal choice of partner.

“Pride is the very opposite of the history of shame and social stigma that has been thrust upon non-heterosexual people.”

Pride itself is defined as being a positive stance against discrimination and violence toward lesbian, gay, bisexual, and transgender (LGBT+) people to promote self-affirmation, dignity, equality rights, to build community and importantly to give the LGBT+ community visibility.

Pride is the very opposite of the history of shame and social stigma that has been thrust upon non-heterosexual people. Globally, Pride events can often be the only visible outlet for LGBT+ rights movements.

We have seen great legislative progress here in the UK, last year we celebrated 50 years since the partial decriminalisation of homosexuality, which is sadly still a reality for those living in 72 countries. Poignantly for me, last year a 70 year old joined the parade, surrounded by so many young people flying an array of flags, he told me how this was the first time he had been able to be himself and be open about his sexuality after so many years. It was incredibly moving and that’s the importance and power of Pride.

Pride still has such a vital role, last year a report showed that attacks against the LGBT+ community have risen by 80% in the last 4 years. 1 in 5 LGBT+ people have faced verbal or physical abuse and globally we’ve seen hard fought rights taken away. Stark reminders of why Pride continues to be important and why as a community we need to come together, more than ever, to raise our collective voice to challenge hate and prejudice. 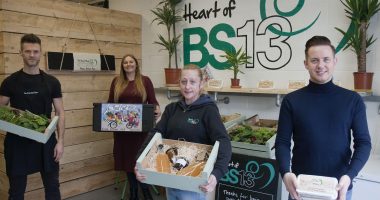 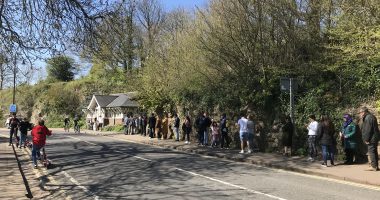