The government’s controversial benefit scheme, universal credit, is coming into force across our city. As advice agencies and food banks are warning about the impact in Bristol, we’d like to hear your experiences.

This summer universal credit, the government’s attempt to merge common benefits into a single payment, has been rolling out across Bristol – accompanied by warnings about its likely impact.

Universal credit came fully into effect in south and central Bristol in June, moving into parts of north Bristol from July, with the rest of the city as well as Kingswood set to follow later in the year.

The system has faced strpng criticism during its implementation elsewhere in the UK, as people waiting for their first payment are forced to struggle, fall behind on rent or bills, or even face eviction. Lots of working households are thought to be worse-off even when they receive the benefit.

North Bristol Foodbank has said people from Lockleaze have already needed help as a result of “problems in the system”. The food bank’s parent network, the Trussell Trust, which works nationally, has reported a 52% rise in demand in areas where universal credit is already in place.

Meanwhile, Michelle Ioannou, a financial inclusion officer at the Talking Money advice centre in Old Market, told the Cable she is expecting universal credit’s online-only design to cause “big difficulties”.

“If you don’t have IT skills or [access to] a computer it will be hard to manage,” said Ioannou, who for the last couple of years has been working with single people who have been moved onto universal credit ahead of its wider implementation because they have simpler claims.

“You don’t get any paper notifications,” she added, “so if you can’t manage your claim [online] you can miss important deadlines, especially if you’re challenging a decision or are expected to submit some information.”

Since being introduced in 2013, universal credit has been plagued by controversy around its over-ambition, complexity and tendency to make people’s bad situations worse –starting with those five weeks claimants have to wait to get paid.

The programme, which was originally meant to be fully operational across the UK by 2017, is running six years behind schedule.

In areas where universal credit is already in place, local news reports have linked the new system to big rises in social housing rent arrears.

A group of women interviewed by BuzzFeed earlier this year said staff and computer errors meant they had to face eviction – something that community union ACORN has been campaigning against in Bristol.

In June, as universal credit was coming into force in south and central Bristol, the National Audit Office published a scathing report that concluded it had failed to save the country money, was causing hardship and was unlikely to boost employment.

Last month, the Guardian quoted whistleblowers describing the IT system on which universal credit is built as “fundamentally broken”, resulting in delays and incorrect payments.

MPs have also warned that the way the new benefit is paid – to one person per household – could hand control of family finances to domestic abusers.

Over the next few months, the Cable will be trying to build a picture of how universal credit is affecting people in Bristol.

We’d love to hear from people whose benefits have been moved onto it, as well as from anyone involved with helping claimants, or with running the system here. Some of the things we’d like to find out are:

This is not an exhaustive list – if you’ve been affected by universal credit and have something you think we should know about, please get in touch using the form below or call us on 07533718547. All contacts will be treated in strict confidence.

« Charities call on councils nationwide to follow Bristol on bailiffs 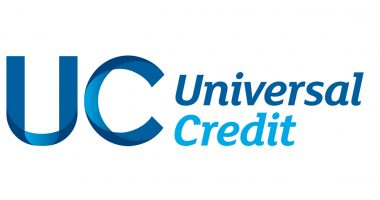