Bristol City Council has rejected a Conservative motion to harden its enforcement policy towards unauthorised encampments.

He also wanted Marvin Rees to join a Conservative campaign to change the law to make unauthorised encampments a criminal, rather than civil offence. The motion was seconded by Conservative Councillor Claire Hiscott for Horfield, who said that Bristol should “learn from others and legislate.”

After a furious response from representatives from all the other parties, the motion was lost.

Currently, unless an encampment poses an immediate danger, local authorities can’t evict immediately, as they have to balance duties to the public with welfare needs of the Travellers staying there. But recently some councils in the UK have applied for interim injunctions to ban people from setting up an unauthorised encampment anywhere on their authority.

“People are getting fed up of all these illegal Traveller incursions on public open space, in particular Horfield Common, Blaise Castle estate and the Downs,” Goulandris told the Cable.

Two Westbury-on-Trym residents, John and Caroline Craton, lent their support for the motion in a statement saying that they have “experienced first hand the impact of traveller incursions on this beautiful area of Bristol”.

“There has been a noticeable increase in the frequency of such incursions during the last few years, culminating in the latest group who occupied the area just next to our house for an extended period over the summer. I strongly suspect that this increase is largely attributable to the apparently ‘laissez-faire’ attitude of the authorities to their presence,” they added.

Councillors were quick to condemn the language used in the motion, with Labour Councillor for Easton, Ruth Pickersgill calling it “deliberately inflammatory, bordering on discriminatory” and Green Councillor for Clifton, Paula O’Rourke saying that the motion had the “dog-whistle of racism about it”. She said that criminalising trespass was dangerous and that legislating against encampments in this way would be a “sledgehammer”.

“I take great exception to the phrase ‘hard working, law-abiding, tax paying Bristolians’, as though it applies to everyone other than Travellers”

Goulandris denied that the motion was an attack on Travellers or Travelling, which gave rise to some laughter in the public gallery, referencing his own experience as a ‘traveller’.

“In my youth, I spent time travelling. Initially in tents and later camper vans. But at no time did I trespass, drop litter or flytip. I used approved sites, which had the added benefit of providing washing and toilet facilities. Travelling does not necessitate breaking the law. That’s a conscious choice and it’s time we responded robustly to illegal behaviour,” he said.

“The motion refers to Travellers as though they were a homogenous group,” said Pickersgill, adding that as well as Irish Travellers and Romany and English Gypsies, there were now New Travellers and vandwellers, who are not entitled to use the 24 pitches the council has available for GRT groups.

“And I take great exception to the phrase ‘hard working, law-abiding, tax paying Bristolians’, as though it applies to everyone other than Travellers,” she added. “They’re also part of that group. Many of our Traveller families have lived in Bristol and surrounding areas for generations, they work extremely hard, they do pay taxes and they do abide by the law. We can’t categorise a whole group.”

“13 years ago, Trevor Phillips, then chairman of the Commission for Racial Equality, said: “Discrimination against Gypsies and Travellers appears to be the last ‘respectable’ form of racism.” I think I hear a little of this in this motion”

She pointed out that GRT are among the most disadvantaged groups in the UK, with lower life expectancy and higher prevalence of anxiety and depression than in the settled population.

“They deliberately seek out places where they feel safe because they’re regularly targets of crime and attacks.”

After the meeting, O’Rourke released a statement saying: “13 years ago, Trevor Phillips, then chairman of the Commission for Racial Equality, said: “Discrimination against Gypsies and Travellers appears to be the last ‘respectable’ form of racism.” I think I hear a little of this in this motion. I know that there is a problem but I don’t think that criminalisation and banishment are the solution.”

Goulandris said he was “disappointed but not surprised by Labour’s unwillingness to debate this seriously.”

“Illegal traveller trespass costs the city thousands of pounds and it’s disappointing that Labour don’t wish to explore ways of reducing these costs. Labour tried to shut down the debate by suggesting that looking at new ways of taking action against illegal trespass was somehow racist.”

Criminalisation is not the answer

Pickersgill said the real question was whether provision for Travellers in Bristol was enough. There is a chronic shortage of socially rented pitches UK-wide. Bristol has two designated travellers sites – one in Ashton Vale which has 12 pitches and another in Lawrence Weston which has 20 pitches. And, with only 4% of planning applications from Travellers are successful, the number of Traveller families with nowhere to live is on the rise.

Since the Caravan Sites Act 1968 was repealed by the Conservatives in 1994, local authorities no longer have a statutory obligation to provide somewhere for Travellers to live and traditional Stopping Places have been being eroded for decades – taken away to be built on, taking away space for Nomadic people to make more space for settled people.

Goulandris said that the fact that one of the Traveller sites was at half capacity showed that Bristol had enough provision.

“There are clear and simple solutions to allow the Gypsy way of life as dictated by UN law and to promote harmony between different ethnic groups; criminalising stopping, particularly without any extra provision, is not one of them”

Jim Davies, manager of the equality and social justice unit at the Traveller Movement, said that arresting people for parking up on public spaces is not the answer.

“There are clear and simple solutions to allow the Gypsy way of life as dictated by UN law and to promote harmony between different ethnic groups; criminalising stopping, particularly without any extra provision, is not one of them.

“The government should focus on supporting local authorities to build more authorised sites and stopping places, and to allow Gypsies and Travellers who want sites on their own land equitable access to the planning system.”

The Conservative Group has sent a letter to the Prime Minister, asking for government to discuss the issue in Parliament.

Do you have something to add to this story? Please get in touch:

How we’re creating the next Cable campaign together » 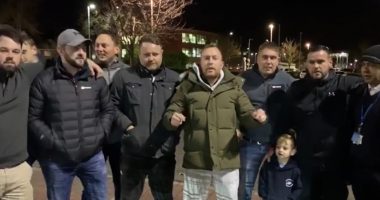 Moving On: Bristol's Gypsy, Roma And Traveller Communities Bristol And Beyond Discrimination And Inequalities Ideas And Action 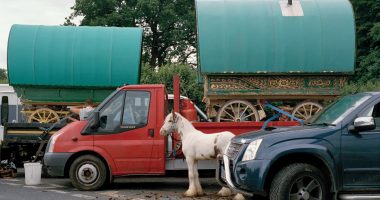 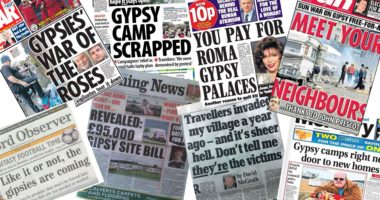 Travellers say it’s time to stop using them as clickbait 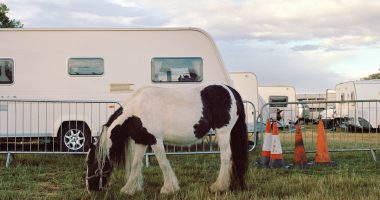 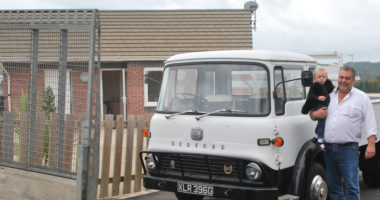 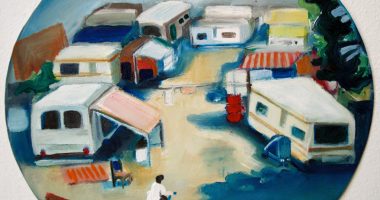