The barriers government put in the way of people working when they come to the UK.

Georgia Edwards was a trainee on the Bristol Cable Media Lab 2018.

If you study for a degree or achieve a qualification, you assume you will use these skills to get a desired job.

It is like a huge prison, you live alongside people who can get an education, get a job and grow a business, but you are just stuck.

Jalal however, a skilled electrical engineer who came to the UK as an asylum seeker eight years ago, did not just struggle to get a job – his Iranian degree was not recognised by the British system. And this came after eight years of waiting for his refugee status to be granted by the Home Office. Like all asylum seekers, for this period of time he was prevented from working or earning money.

The first time Jalal was accepted into university in the UK, his status was still in limbo. He was rejected and made to wait another year to start. This was despite having completed the compulsory IELT English exam for around £200 (a fee asylum seekers can hardly afford). “I’ll be about 60 or 70 when I graduate,” he jokes.

It has now been two years since Jalal got ‘leave to remain’, having left Iran for being persecuted due to his religion. He is currently repeating his degree in engineering at UWE. His first impressions of going to university here will ring true for a lot of people. “It’s definitely a culture of people doing less studying, and more enjoying!” he laughs.

After being caught up in the ‘hostile environment’, the policy engineered by Theresa May to make life difficult for migrants, for so long, Jalal is finally able to study again. He hopes to eventually regain the title of engineer, but is exasperated at the inhumane and inefficient processes that the Home Office insist on.

“About four years I studied in Iran… I am a ready meal, you know what I mean?” says Jalal. “The government should be happy that this person is ready to work here. Why not?”

He makes a comparison with Germany’s more considered approach to migrants – using their skills as an asset to the economy. Although the country is now racked by a resurgent far-right, Germany has planned to incorporate migrants into the workforce through integration programmes, such as funding 100,000 language training courses for employment.

Despite publically committing to supporting the integration of new migrants the UK government did not allocate any more resources to its under-funded English as a Second Language (ESOL) programme. At the same time migrants are under fire for not integrating and upholding ‘British values’.

The process takes its toll

Jalal knows other refugees with valuable skills and professions: a geography masters, a nurse, a psychologist and a marine biologist. He describes how, after years in the asylum system, these people lose their skills to the harrowing process: “They say ‘oh, leave me alone.’ Who can deal with these problems, you know? You get depressed, because for a long time you feel like a person who is only allowed to eat and breathe, and nothing else. It is like a huge prison, you live alongside people who can get an education, get a job and grow a business, but you are just stuck.”

Jalal once asked an Afghan friend, a medic, whether he planned to continue studying to be a doctor in the UK. “It has been about fifteen years that he has been waiting for his ‘leave to remain’. What kind of person do you expect he’ll be when he gets his status? Are you expecting him to work and study as a doctor? Or maybe just get job seekers allowance?” asks Jalal. “He is ill, he can’t work, he is worn out. He is not human anymore, he can’t help anyone else because he needs help now.”

Jalal’s own waiting ordeal had a dramatic impact on his mental health. “I was really happy for five minutes after I got my status, and then suddenly sad, and then I thought, so what?! Why didn’t it happen eight years ago? Why was I waiting for this? You don’t believe it, you can’t digest it,” he explains.

“And then it started to kill me, I couldn’t accept it. Then I got depressed more. I was extremely angry, and I was just trying to find something to break. This anger stays with you, and it shows up in society, when someone is angry, like a mad person, it is really bad.”

The ‘hostile environment’ enforced by the Home Office baffles and frustrates many. The approach has attracted so much criticism that the new home secretary Sajid Javid has taken to calling it the ‘compliant environment’ in the wake of the Windrush scandal.

On the 27th June 2018, Ireland took the crucial step of allowing asylum seekers who wait more than nine months on their first application for refugee status, to be allowed to work (excluding in the police force, defence forces and civil service). Justice minister Charlie Flanagan told Irish National broadcaster RTE that “once they’re part of the system, once they’ve paid their salary, their wages, like every other worker, they will have the opportunity to benefit from our social welfare system, but will correspondingly pay tax.”

The government is turning NHS staff into border guards, with potentially tragic consequences

The latest part of Theresa May's hostile environment policy - but NHS staff are fighting back. 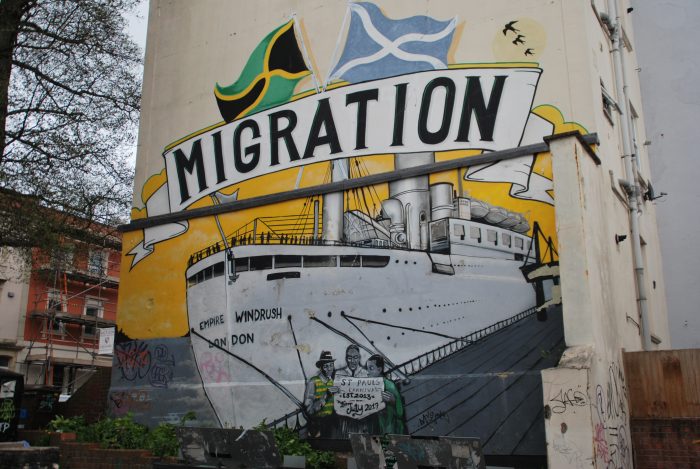