The council will investigate if it can afford to buy Hamilton House, after a last ditch attempt from campaigners to keep the building for community use.

A petition calling on the council to buy Hamilton House, possibly via compulsory purchase order (CPO), was debated at full council on Tuesday after being signed by more than 6,000 people.

The proposals are to then bring the building into community ownership with a community share issue (CSI), allowing the council to make some money back and profits to be reinvested back into the project.

This potential lifeline comes after social enterprise Coexist were evicted from the building in December after managing it for 10 years. Hundreds of artists and other tenants were evicted in last March and many others left before Christmas as new managers of the building Forward Space took over.

The building’s owners Connolly and Callaghan (C&C) originally bought Hamilton House for £2.1million in 2004, and in 2017 rejected a bid from Coexist to buy the building for £6.5million.

C&C have been trying to push through plans to redevelop parts of Hamilton House into flats. The council has twice blocked attempts by C&C to get permission via the fast track route of permitted development rights, and an appeal to the national Planning Inspectorate was also rejected in November.

This means C&C will have submit a full planning application, which would include commitments to affordable housing, but C&C have said two of the three blocks would then have to become flats.

Claire Holmes of Coexist, on their last day in the building in December

After councillors from all parties expressed support for Hamilton House and Coexist on Tuesday, cabinet member for finance Craig Cheney said he would meet with campaigners to discuss the viability of the business plan.

Cheney said: “I had a whole speech planned that essentially said: ‘We love Hamilton House but we can’t afford to pay back the borrowing on it and can’t CPO it because the legal advice tells us such.’”

“However, I would like to meet up with you. If there’s a business plan that pays back the borrowing, that sustains the building itself in terms of maintenance, and delivers all the things we’ve talked about today, I’m up for it.”

Gem Burgoyne, who was one of the people who lost her studio space in March, presented the petition with a passionate speech. Afterwards, she told the Cable she felt “listened to”.

“I’m really positive that there was an ask there to come together and people responded to that. We’ve done a lot of research over the years into how we can do this. I think the local authority will argue they don’t have the capacity but the Bristol people do have capacity and energy to do it. It will happen if they give us the right kind of facilitation.”

Ari Cantwell, co-director of Coexist told the Cable she was “gladly surprised” and “excited” about the outcome.

“Let’s work together with the council to allow Bristol to set a precedent for supporting community projects,” she said. “We need to hold them to account that they’re going to do this and work on it together – we’re not expecting the council to do it all, we’re up for this.”

“Coexist have been evicted but now we’re a group of people who really care about having buildings in the middle of cities that do not line the pockets of individuals, but that generate income and creates spaces for the community.”

“This will all come down to whether C&C would want to sell, unless it was done by CPO. They’ve had three planning applications rejected, at national and local level. Putting together a really great offer from the council and the community, it’s not impossible that they will want to sell it.”

Cantwell added that work had already been done on how community share offer and business plan would generate income and pay rent back to the council.

Supporters of Hamilton House marching on City Hall in September

It remains unclear if the council would be able to buy the building through a CPO, because of how the mechanism is regulated. However, the council already has a relationship with C&C, who have been given £20 million by the council since 2013 for building emergency and temporary accommodation.

At the council meeting, Mike Davies, councillor for Ashley, paid tribute to what Coexist had done at Hamilton House, describing it as “the embodiment of community”. He slammed the “short-sighted” selling off of spaces, particularly in Stokes Croft, to be developed into flats or commercial offices, and said these projects should not be “stream rollered in favour of short-term profit”.

After leader of the Greens Eleanor Combley described Hamilton House as “an extraordinary success story”, Liberal Democrat councillor Gary Hopkins called for a cross-party group within the council to investigate if this was doable. Even Tory Councillor Peter Abraham was impressed by the petition and said the council needed to decide if it was prepared to fund it.

A spokesperson for C&C said: “If the local authority wants to hold talks with all the parties concerned, we assume we would be one of those parties and will wait to hear further from the council.

“In the meantime, the new managers, Forward Space, are signing up community organisations and local businesses to ensure a great future for the building.” 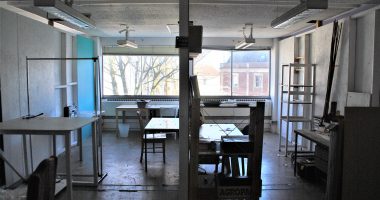 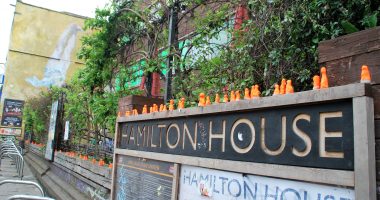