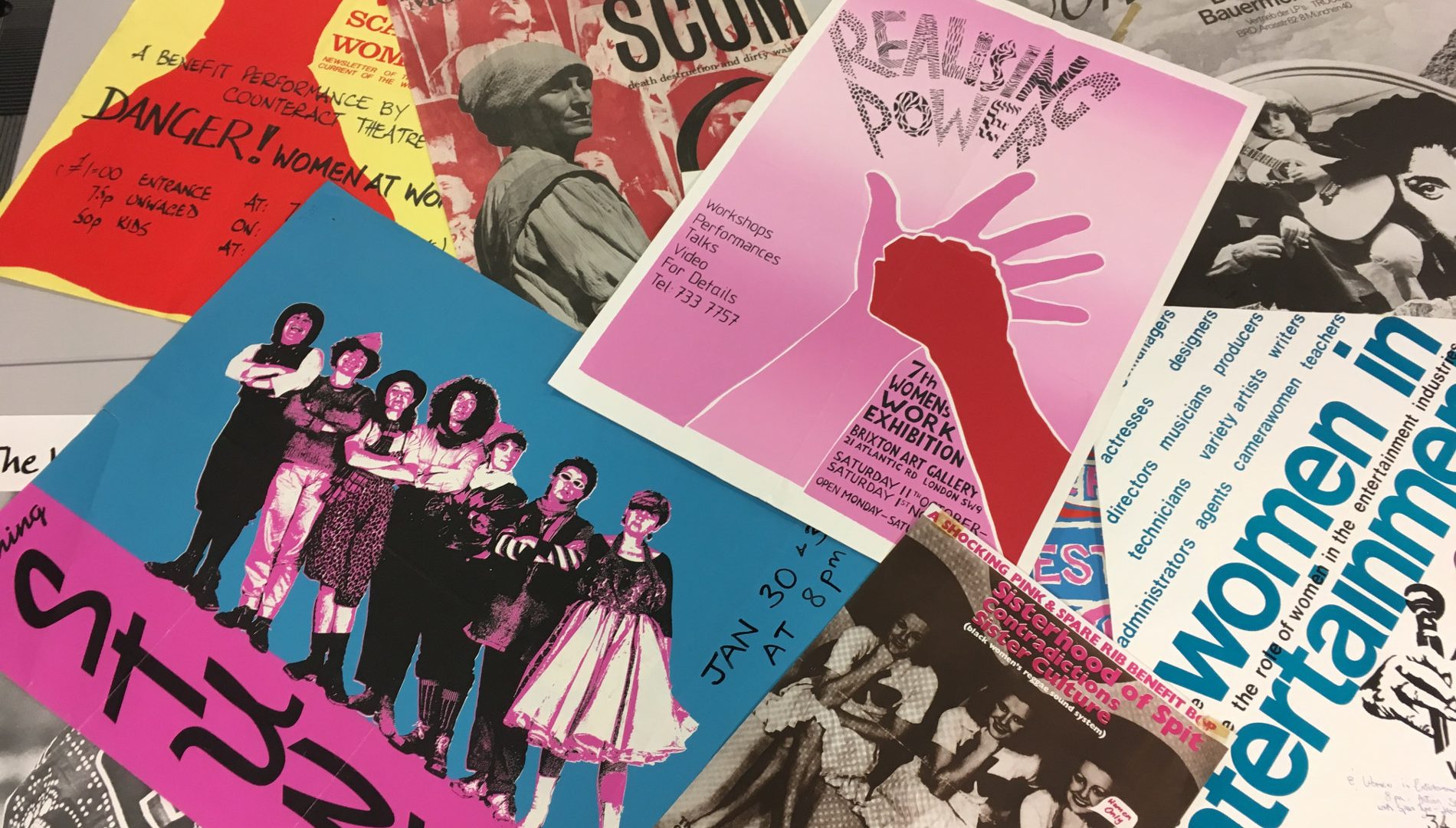 In a Bristol warehouse, there’s an archive of feminist activism dating from 1960 to 2000 which takes up nearly 200 metres of shelf space. Established 40 years ago when no other institution was collecting feminist materials, Feminist Archive South is one of the most extensive and significant archives of feminist resources in the country.

Based for the last ten years at Bristol University, the archive is pored over by activists from around the world, along with researchers, journalists and students. The range and depth of the material collated is vast, containing everything from posters and banners to magazines, personal papers and meeting minutes to oral histories.

It provides key insights into the explosion of what’s known as the second wave of feminist organising during the 1970s and 1980s, when local groups sprung up to support the Women’s Liberation Movement, and direct action was widespread. Women radically organised on issues such as violence against women, reproductive rights and unpaid labour, rights for sexual minorities and for peace. For many, women’s liberation was a whole lifestyle.

For example, women in the early seventies in Bristol set up the first women’s centre from the basement of the house of activist Ellen Malos. From the centre they held meetings and provided pregnancy testing and it functioned as an ad-hoc domestic violence refuge. After two years of campaigning, the group had established three houses and Bristol Women’s Aid was born.

Speaking to trustees, the Cable found that the archive is still very much a living breathing resource. It has immense value to feminist political organising today, as we continue to grapple with many of the same issues: male violence in the wake of #MeToo, the gender pay gap, the preservation of the essential services now threatened by austerity set up by the women’s movement, such as refuges… the list goes on.

Learning from past informs the future of feminism

Dr Finn Mackay, a lecturer at UWE who has extensively researched feminist activism from the 1970s on, has made much use of the archive. Now a trustee, her connection began many years ago when volunteering with the sister archive, the Feminist Archive North.

She’s eager to point out that the archive deals with very recent events. “It’s very important we don’t forget that the second wave [of feminism] is not history – a lot of women who were activists and organisers in the second wave are in their 50s and 60s and very much active in politics and activism today,” she says.

Mackay is herself a life-long feminist activist, founding the London Women’s Network and re-starting the Reclaim the Night marches in the 2000s. She says one of the most interesting aspects of earlier organising, illuminated in the archive, was the commitment to non-violent direct action and the revolutionary nature of the movement.

“I’m much more of a feminist than I was before”

The lessons from the archive are therefore crucial for today’s movement: “We can return to the original sources and we can also reach those women who are still active and learn from them and ask them directly about what worked for them and what they learned while they were doing it through that so very volatile period.”

Returning to sources directly also counteracts some of the stereotypes of that period of activism – that is was largely done by white, middle class and heterosexual women who lacked awareness of the impact of other oppressions such as class and race. That just “wasn’t the case”, says Mackay.

“That’s where the archive comes in, they too were having very visceral and lively conversations about inclusion and difference and power relationships between women.”

“We certainly need some of that information today and it would be foolish to throw away our history of political organising, we can’t afford to do that,” says Mackay.

This theme of cross generational learning was central to last year’s project Hatpins to Hashtags, which coincided with the archive’s 40th anniversary as well as the centenary of some women getting the vote.

For the project, FAS took the archive on the road, to south west towns Glastonbury, Weston-super-Mare, Taunton, Bridport and Plymouth. Alongside an exhibition of posters, FAS ran workshops for young women, digital democracy training, talks, events, and launched collaborations.

“It’s been amazing, we’ve involved something like 2,600 people,” says Dr Sue Tate, a researcher at UWE and a trustee of the archive who was involved in Hatpins to Hashtags. “The feedback has been great, people saying ‘I didn’t know about this, I’m going to be more active’… ‘I’m much more feminist than I was before’.”

She also points out that there was “a very healthy sense of cross-generational connection” with older participants working with young women for workshops on digital democracy, for example.

It seems the dynamic posters that form the hallmark of the archive are as provocative today as they were when women first took them to the streets.

Much more than boxes in a warehouse, the Feminist Archive South provides a portal back in time from which feminists can learn, reflect and inform future organising.