Anyone who’s ever stood waiting for a bus that doesn’t come will know that sour mix of anxiety, frustration and helplessness as you go from being on time to late.

Cable member Alex Cirant-Taljaard knows that feeling well. He says he nearly lost his job because of the unreliability of Bristol buses. “Every single morning I had a sense of dread… I was late quite often through no fault of my own ‘cause often the buses just don’t turn up.”

He’s one of the signatories of a petition to franchise Bristol’s bus service, along with over 3,200 others (at the time of writing). The Bus Services Act 2017 enables Mayoral Combined Authorities – in our case, Tim Bowles the mayor for the West of England – to franchise their bus service. “For me that sort of direct action is the only recourse because I don’t know that the council are that bothered,” he told me.

It couldn’t have come at a more apt time, as FirstGroup, which owns both FirstBus and GWR train company, announced yesterday that it plans to sell off FirstBus.

In a statement, the company said that its recent investments in the company has put it “on a much stronger footing”, but it was time to “pursue structural alternatives so the business can continue to provide excellent service, ensure the best possible future for our staff and continue to meet stakeholders’ requirements”.

The news has prompted renewed calls for West of England Mayor Tim Bowles to franchise the bus service, giving the local authority more control over the way the service is run. It also comes as MPs say that the UK needs a national strategy for buses and for franchising powers to be extended to all local authorities – currently, only mayoral combined authorities can bring it in.

London is the only local authority with a franchised bus service. Services are operated by private companies, and chosen through a competitive tendering process, but Transport for London decides routes, timetables and fares. Outside London, any company can operate a bus service and set their own routes and fares, and the market is dominated by five large companies: First, National Express, Stagecoach, Arriva and Go-Ahead. With operators only interested in the profitable routes, local transport authorities have to pay them to run buses on routes that are needed but not enough to be profitable.

Max Langer, who set the petition up, says that franchising would give the council ultimate control over how services operate, enabling popular routes to subsidise less popular ones and competitive tendering of contracts, which he says would result in reduced emissions from fewer car journeys and a more integrated transport system.

“The council can choose the routes, timetable, fares and buses that they would like to be operated,” he said, so the service would work for Bristolians rather than for private companies.

He said the support for the campaign has been amazing: “Over 3,000 Bristolians have signed the petition. And signatures have not been from specific areas, but from communities all around our city.”

The campaign also has the support of the Lib Dems in Bristol CIty Council and will be debated in July. But not everyone is in favour. Martin Garrett, chair of Transport for Greater Bristol, pointed out at a council meeting that it works in London because Transport for London has enough resources and that “franchising on the cheap leads to fragmentation of services.” Instead, he says, we need more bus priority on our roads, reduced space for cars, bus interchange hubs and buses run on sustainable energy.

“Too much power, not enough accountability”

The problem with the current set-up is that there’s no accountability, argues Gary Hopkins, the Lib Dem councillor for Knowle, who is presenting the motion to introduce franchising. He says FirstBus have a near-monopoly and don’t have to answer to anyone – unhappy customers have to stay unhappy because they have no alternative.

And First can afford to run competition off the road, which they did when their monopoly on the popular 90 route was challenged. First had dropped its frequency from 10 to 15 minutes, but when competitor Wessex started operating a service on the same route they put buses on every three minutes until Wessex backed off.

“First directs a huge amount of resources into driving other operators off the route,” said Hopkins. “That’s what tends to happen when there isn’t a franchised service.”

He was one of the councillors who led the petition to get South Bristol’s 51 bus back when First pulled the service completely in 2016. “Because First have the monopoly on that route they assumed people would have to move to the (busier and more profitable) 50 route,” he explained. Four local councillors took the unusual step of getting another company, Wessex to step in and run a service on that route, which made First eventually switch back.

“That’s the problem when the council has no influence,” he said.

Is the real issue infrastructure?

FirstBus boss James Freeman says that the real issue is infrastructure. Metro mayor Bowles, the person who has the legal power to make franchising happen, is also not keen. He was criticised in November last year for saying that buses being late, overcrowded or cancelled was ‘good news’ because it meant more people were using buses. He argues that ‘anecdotally, franchising had not been successful outside of London’.

Perhaps a more reliable place to go to for a fair opinion on the problems facing Bristol’s buses is from a bus driver.

Mike Smith (not his real name) has been driving buses for 15 years. “I can see both sides of it,” he says, of passengers’ frustration when his bus turns up late. “Especially during winter when it’s cold and wet and you’re waiting for your bus and it’s late or doesn’t turn up. I’ve got every sympathy. I use buses as well. It’s not nice.”

“If the council could control it and bring prices down and make it affordable, then all well and good: Power to the people, I say.”

But the company isn’t the only problem, he says. “It’s not about who’s running it. It doesn’t matter who runs it, you’re going to have the same problems.” Mike says that Bristol simply isn’t geared up for the traffic it gets.

“The roads aren’t big enough, most of the bus lanes only go so far and then stop, most people driving, if they get stuck behind a bus it’s the end of the world and they will do anything to get in front of that bus – including cutting them up.”

Transport not a priority because “the elite don’t get the 48, do they?”

Having reliable public transport is “such a vital thing for so many people,” says Alex. It’s been cited as one of the biggest factors in escaping poverty and could be instrumental in reducing air pollution. Car fumes are one of the biggest pollutants, but it’s hard to stop people driving everywhere when they can’t rely on the buses.

And then there’s the cost. The change to flat fares last year increased ticket prices for most of Bristol, and a day ticket is a pound more if you don’t buy it on the smart phone app. “If you can’t get the ticket app you’re essentially paying a surcharge for not having a smartphone, which seems crazy,” says Alex.

Despite this, it doesn’t get a lot of attention in politics. “Maybe because the people that rely on it don’t have as much political capital.” Transport isn’t a particularly sexy topic and, because it’s something that only affects people who can’t afford a car, he thinks it’s not likely to get much political attention any time soon. “The elite don’t get the 48, do they?” he muses.

Because of Cable members, we’re able to remain independent, publishing the stories that the 2,000+ Bristolians that own it think are important. It’s because of Cable members that we don’t have to be constrained by what's in the interests of an international media corporation, or cater to the interests of companies advertising with us. But to continue doing this, we need more members. For £1 a month you help keep us going 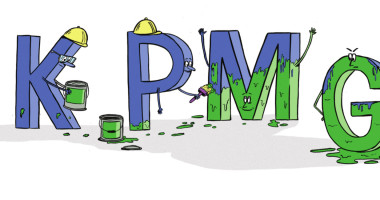 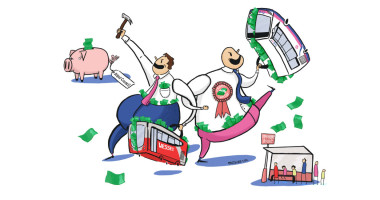 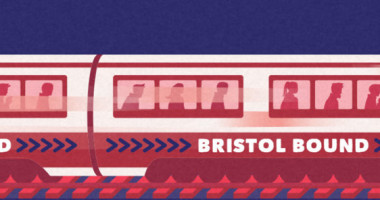