“Together we have shared financial fears and navigated creative careers,” says Bristol-based photographer Seb Peters, who has been documenting life in the city since he moved here in 2017.

Like him, the young people featured in his portraits are all juggling work, and sometimes study, while spending their free time pushing their creative projects.

“These are people to watch, to be excited and inspired by,” he says.

For the whole series: sebjjp.com

Gracie, an artist who uses the city around her as her inspiration

Between studying, working and trying to build a fulfilling creative career in her spare time, Nemo is tired, busy and full of enthusiasm@nemobxng

O’shayDriver by day, model by night

Photos: Shutting down Broadmead to protest the environmental impact of fast fashion » 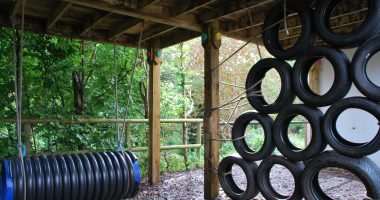