First they ignored our city’s little plastic attack rebellion – handing back unnecessary plastic wrapping to supermarkets in protest. But then our protests went viral. Soon, the naysayers were laughing at us. But now the masses are joining in.

Once again our city is proving that grassroots activism – people power – can be unstoppable. With a massive ‘Whoop!’ we can say Sir David Attenborough has just joined in with our #handbackplastic actions. But when will supermarkets and other big corporations listen?

“Now our campaigners say it’s time for the corporate machine to be made to listen, to finally be made to accept that plastic is their pollution problem, not ours”

Attenborough, probably the best known voice on plastic pollution since his Blue Planet II series, appeared on BBC 1’s War On Plastic series on Monday 24 June, writing his message on to a piece of single use plastic, intending to hand it back to the supermarket: “There is too much plastic on our planet. For the sake of the planet, less plastic please.”

Presenter Hugh Fearnley-Whittingstall, filming here in Bristol, then pleaded with viewers to do the same for a whole week, putting more pressure on supermarkets. This action is what we call a ‘plastic attack’. The movement was kick started 18 months ago here by a local team of us, quickly mustering a large and eager crowd of Bristol and Keynsham activists. Our #handbackplastic campaign rapidly spread around the UK, then Europe and the world, with regular peaceful events, involving thousands of shoppers in at least 30 countries.

Our message is that this should be the producers’ and sellers’ responsibility, not ours. The world does not have an effective system that can cope with the overwhelming and growing amount of plastic being generated. As soon as plastic leaves the shop door the majority of it becomes pollution, the public are lumbered with around 90% of the bill and wildlife also pays a devastating toll for hundreds of years to come. It would be better if it didn’t leave the shop door, or was replaced with more sustainable alternatives.

But like most environmental problems, this is a story of us against the profit-hungry corporate machine. We are still witnessing a growth in this largely avoidable, unsustainable, climate-changing, fossil fuel-based industry, when there should be reduction or avoidance.

There is absolutely no doubt in my mind that we are still largely being fobbed off by the supermarkets, and their slick and expensive PR machines.

Our hundreds of plastic attacks have typically engaged 200 frustrated customers per hour, per shop. Each hour, protestors typically collect up one or two trolley loads of single use plastic. About half of what we collect on plastic attacks is not even recyclable. And less than one third of Britain’s plastic waste leaving shops is recycled.

The shops’ proliferation of pointless plastic speaks far louder than their corporate words. I still despair at what I find across our city’s untouchable supermarkets. The obligation to buy five lemons in a plastic net so that four rot, when we only wanted one. The organic choice always being in plastic. Loose veg being more costly than packaged. The two-for-one offers that drive low earners to buy wrapped food. Black plastic for cosmetic reasons, even though the design teams know it’s the only colour that cannot be widely recycled.

It used to be the norm to carry our own containers to corner shops, buy loose fruit and veg, with reusable containers and paper bags that supported sustainable forestry – paper made from trees that absorbed carbon instead of generating it. Small greengrocers and farmers’ markets still manage to sell without single use plastic containers leaving the shop, and they manage to sell more sustainable goods much more cheaply too.

The world is sick of swallowing this rubbish, figuratively, financially and physically. Pathetically slowly, some shops are starting to unpeel a few wrappers and recognise there are alternative methods, but imagination and innovation seem to be hindered by a lack of regulation.

But it shouldn’t be voluntary like this. Change should be led from the top. We need a 100% polluter pays principle, comprehensive deposit return schemes and tighter regulation being forced upon the plastic chain by government. Instead, we have a weak, voluntary agreement from Wrap UK’s industry-biased Plastic Pact.

I hope everyone hands back their plastic and uses Attenborough’s new hashtag #OurPlasticFeedback – but our campaigners are saying please don’t stop after this week – keep on returning this beast of burden until it is slain.

Let’s call it what it really is: a war between corporate power and people power. Planet versus profit. This summer, perhaps we edged closer to victory thanks to the power of one particular famous person. So far we’ve been ignored, mocked and finally joined en masse… Surely, if the old saying is correct, then the next logical stage on this war on plastic is that we must win.

Alex Morss is a Bristol writer, author and ecologist who has been co-leading the global plastic attack movement. @morss_alex

Too hot to handle? Help us investigate fire at ‘The Office’ in Speedwell » 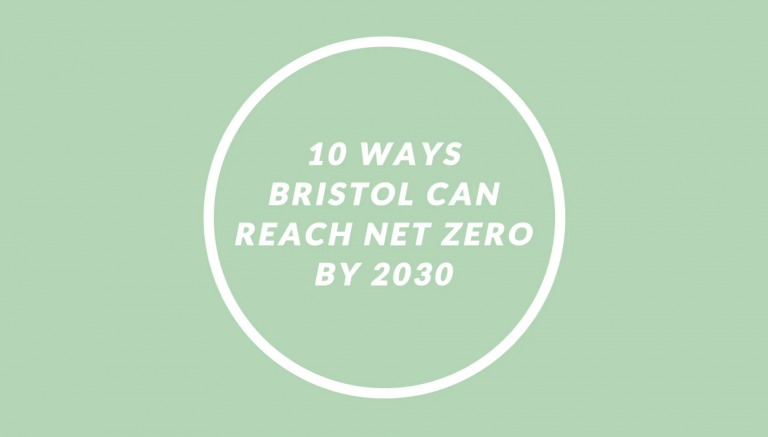