When I meet Josh Connolly, he’s energetic, positive and confident. He works as an independent coach, helping people fighting addictions, but he has come a long way… He shows me a photo of him at 20, and I hardly recognise him.

“I had been drawn to the crowds with drugs and alcohol quite young, as a teenager, because it looked like it worked at covering for all my feelings and fears,” he tells me. “And it does work… For a while.”

“I started smoking weed at 18, then drinking, but I quickly got into a lot of problems because of these addictions: debts firstly but also fights, hospitals… I had a job, a mortgage, a house; I was in a relationship and had children; but in truth, my life was completely unhealthy.”

At 25, when living in Swindon, Josh was spending most of his free time in a local pub. The owner was addicted to gambling himself, and one day started sharing his stories and problems with Josh. It gave Josh insight into his own life and made him realise that he had spent years hating himself, and hurting himself.

This had started a while back, he tells me. He had a violent father, who died when when Josh was nine. It was only at 25 when he was £17,000 in debt and on the brink of divorce, that he thought about the impact his childhood trauma had had on his life.

“I don’t remember any good time with my dad, only his anger. Everyone tells me he was a good man, but for me he’s always been a scary man. And because my mum seemed so unhappy, I had found my place in trying to make her and everyone happy. Since then, every time someone around me seemed unhappy, I’ve felt responsible. So I didn’t learn to listen to my own needs or feelings.”

The impact of having an alcoholic parent

Once aware of his own pain, Josh admitted to himself how much his father’s drinking and chaotic behaviour – being violent and spending time in prison – had shaped his own life from a very early age. He decided to break the chain.

“I stopped smoking and drinking. When I managed to get to nine months of being sober, people started to congratulate me, but for that I felt like a fraud, like I was still a failure inside. I always had suicidal thoughts as a kid, since the age of 12, but at 26 I felt on the verge of acting on it. Yet I looked at my kids and embraced the fact that I had the ability to change”.

He got in touch with the National Association for Children of Alcoholics, a charity based in south Bristol which receives anonymous calls from people they call “CoAs”, or children of alcoholics.

“The people we can help with our telephone line are just the tip of the iceberg. We all hope we could have a national conversation on this problem instead,” Hilary Henriques tells me when I visit NACOA’s office. “Family’s habits do change you when you’re a child and some of the young ones we talk to see an addicted parent drink from 8am. Drinking is indeed a multigenerational, multifaceted problem.”

Many mental health issues result from a traumatic relationship with an alcoholic parent, a trauma that is little-known and still overlooked by health providers. You don’t stop being a child of an alcoholic parent when you reach adulthood; in fact a lot of the problems resulting from it only become apparent when a child reaches adulthood.

Among other things, NACOA helps students struggling with the pressure to socialise through drinking while a parent made their life impossible because of their alcoholism. “There is a stigma around not drinking,” says Josh, who stopped drinking altogether. “If you’re a man, if you enjoy yourself, you have to come out and drink.”

Like Josh, many in the city and the whole country have had their youth and later family life destroyed by alcoholism. NHS figures showed in 2018 that 20% of children are being brought up by mothers drinking up to 18 glasses of wine a week and fathers up to 25 pints. Half a million children in England are at high risk of harm from alcoholic parents, the NHS added.

Instead, Josh recommends finding your focus, your purpose, to replace addiction by a fulfilled life. For him, being a successful coach, owning his own business, having remarried and raising a big family has massively helped, as well as helping others. He now volunteers for NACOA, works with people all over the UK as a coach and gives speeches to bring awareness on the kind of trauma thousands of people are going through. He’s also now a coach in Bristol, helping others overcome childhood traumas. From his former dark times, he found the strength to help others. 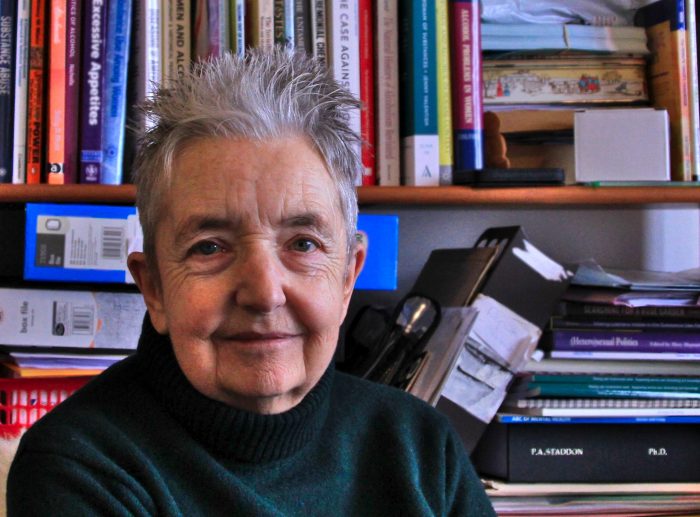 Interview: From addiction to action

One woman’s journey from Bristol’s streets to helping other women ditch the drink.