Another year in building a new media. Here’s to many more. We need it!

By The Bristol Cable on 20th December, 2019
CO-OP COMMUNITY
Copy Link
This year was a big one for us. Because every year we exist is a big one.

As Bristol’s only member-owned media organisation, everything we do is made possible by those who backed us from 2014 to those who joined this year.

Here’s a selection of things we’re most proud of in 2019.

Quality journalism is a public service

This is the year we hit half a million copies of the print edition of the Cable, distributed across the city, and we’re reaching hundreds of thousands of people online with quality local journalism. All free to access for everyone.

In one of the most important General Elections in decades, the Cable knuckled down to deliver in-depth coverage on regional marginal seats, local constituencies, a hustings debate and major issues beyond Brexit – from climate to education and policing. It was a trying time for the team, as we tried to cut through the noise to deliver insightful coverage at short notice, with original videos and stories which tens of thousands of people read. We also collaborated with Open Democracy and members to monitor the use and abuse of information, as part of the fight back against the further corruption of our political process. See our take on the result.

Election aside, we try to steer clear of chasing the daily news and aim to get under the skin of major issues beneath the headlines.

For example, we’ve been punching well above our weight in investigative reporting thanks to members. Pioneering visuals and interactivity helped tell the fascinating Cornerman organised crime series, nominated for a British Journalism Award. We didn’t win that one, but our Ice Cream Slavery investigation did win the Local Journalism of the Year category. This five year investigation led to two men being freed from serious exploitation and to legal sanctions against boss and landlord Salvatore Lopresti in the first Slavery and Trafficking Risk Order ever issued in Avon and Somerset. This is truly made possible by Cable members who give us the space to stay on the case.

2019 was also year for experimenting with short films at the Cable and working with excellent local filmmakers to get to the heart of grassroots issues in Bristol, like Hartcliffe Aspirations.

We also revealed that thousands of Bristol’s kids are being put in isolation, informing a vital debate on how our city’s children are schooled. We followed this up with workshops with excluded young people in partnership with Creative Youth Network.

In partnership with the Bureau of Investigative Journalism, we broke stories that reverberated nationally, including evidence of racial profiling of thousands of British citizens. Multiple MPs raised the issue in Parliament and called on Theresa May and then Home Secretary Sajid Javid to account.

Alongside community action, our reporting on how two survivors of abuse were failed by a private company running domestic violence safe houses led to a review of the council’s policies.

By cultivating leads and developing sources, we dug into the issue of the massive fire in Speedwell and the murky circumstances behind it. We also took deep dives into how drugs are affecting our city, and an intimate and compelling series on Travelling communities who are all too often easy targets for lazy journalism.

A key plank of the Cable’s journalism is amplifying voices and innovative ideas from across the city. This year we worked to include perspectives that helped us not only understand the world around us, but also what we can do to make it better.

Members are creating an alternative to the corporate media

We began the year with members voting on our next editorial campaign for positive change in the city. A massive 600 members responded, with two thirds prioritising a campaign for cleaner air. This led to the launch of our Fight for Fair Air series which has contributed to Bristol City Council finally beginning to take action.

At our 2019 Annual General Meeting, and online, almost 200 members grappled with key challenges and helped steer the Cable forward into 2020.

Members and the public have been getting stuck in to improving our journalism too, for example by feeding into our investigation into isolation in schools and our election coverage.

As we began five years ago, we’re getting off the page and into communities. One of our event highlights was the film-screening we co-hosted with local community organisers in Hartcliffe that saw dozens of residents discussing how to tackle issues in a community that has been held back for too long.

Building a strong team from the ground up

The Cable began as a handful of volunteers in an Easton living room, with ideas sketched out on a sheet of A4. We’re not easily going to forget how hard it is to break into an industry dominated by London-based insiders. Which is why we’re now proud to have hired two Early Career Journalists who will learn on the job in the Cable newsroom, helping to launch a great career in public interest journalism. Meet Priyanka and Fatima here.

Within the team we’re developing ways to work without traditional bosses, and meet high standards of looking after each other, such as our Period Policy which allows staff to work with the flexibility they need.

Our first priority is to create top quality journalism rooted in the communities of Bristol, owned and led by members. But as the crisis in trust, quality and viability of journalism deepens we’re working across the UK and beyond in the growing movement that is building journalism serving a public need, not private profit or unaccountable owners. This year we’ve worked with organisations in the Netherlands, Sweden, Belgium, Germany, USA and helped launch the Manchester Meteor, a media co-op for Manchester.

We’re also at the centre of efforts to reform the sector as a whole. This includes ongoing work following our contribution to the Cairncross Review, the government initiated report into the future of quality journalism, to lobby for changes that will support community based journalism to survive and thrive.

The year to come

As we look forward to 2020, we know we have a huge amount to do. Not least to convince more and more people to chip in and support the Cable. At the core of this will be better getting to know the communities we work with, including innovative community journalism projects, digging into key stories and reaching as many Bristolians as possible.

As the election showed, the plague of harmful and lazy journalism has a massive effect on all of us. The good news is: there is an alternative, and 2,000 Bristolians are behind it already. Will you join us?

Do you have any highlights this year? Or constructive feedback and hopes for the Cable in 2020? We’d love to hear them! Let us know: membership@thebristolcable.org 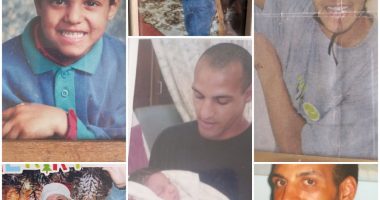 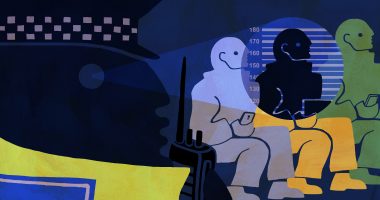 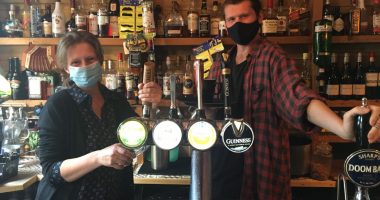