By Colin Thomas on 8th January, 2020
EDITION 21: people's history, race and racism
With far-right ideas on the rise again, Colin Thomas draws on first-hand accounts and archive material to tell a story from a generation ago.

“They punched me, kicked me and banged my head on the floor.” When Paul Chamberlin went to a National Front (NF) meeting in Speedwell School in April 1977, he was appalled to see racist posters on the wall, and started tearing them down. Philip Gannaway, then the chairman of the NF in Bristol, acknowledged “some of our people may have been over-enthusiastic in the way they ejected this individual.”

The NF, formed in 1967, was an amalgamation of the British National Party (BNP), the League of Empire Loyalists and the Racial Preservation Society. Some members had also been part of Oswald Mosely’s British Union of Fascists in the 1930s.

In Bristol’s 1973 local elections, the NF stood in four wards, winning up to 17.7%. Two years later, some 100 supporters marched through Bristol, against the UK’s entry into the Common Market, Europe’s free trade area. Anti-fascist counter-demonstrators linked arms in an attempt to block the march but police, some of them on motorbikes, helped the marchers force their way through.

Despite significant resistance, the NF put forward 21 candidates in the 1977 Avon County Council elections – 18 of them in Bristol. Although all but one came last, it was clear they had significant pockets of support and were targeting areas close to St Pauls and its Afro-Caribbean community. That November, they put up a civil servant named Andy Andrews for an Avon by-election, in what later became Ashley ward.

The same year, an unnamed member of the BNP wrote in a flyer: “An alien wedge in our City… which consists of St Pauls, Montpelier and Baptist Mills, trying to expand outwards further and further.” The local Labour Party responded with its own flyer revealing the fascist backgrounds of the NF leaders, and organised a meeting at Sefton Park school for groups opposed to the NF.

When 50 NF supporters turned up for their own meeting at the same school, they had to walk through a picket of around 700 opponents, described by the Evening Post as “chanting, banner-waving demonstrators”. The peaceful singing of ‘we shall overcome’ turned to rage when an NF supporter apparently made a Nazi salute, and the police arrested a young black woman who responded by trying to slap him. Bottles and stones were thrown, and David Shattock, Bristol’s Assistant Chief Constable, was hit on the head. There were six arrests – all people opposed to the NF.

Three months later, the local Labour Party organised a screening of an anti-NF political broadcast in the Metropole cinema on Ashley Road in St Pauls. Joe Ashton MP presented the programme to 400 plus people, and this was the start of the Anti-Nazi League (ANL) in Bristol.

The ANL quickly grew to 800 members, with affiliations to local trade unions and even a ‘schoolkids against the Nazis’ branch. The Socialist Workers’ Party (SWP) played a key role, and won wider support; they linked up Rock Against Racism, whose gigs featured Bristol punk band X-Certs, Reality and reggae legends Misty In Roots.

When the National Front put up a candidate – “Fanatical” Fred Turner – for a by-election in Clifton in 1978, he was prevented from speaking at a local school by a huge picket. The NF responded violently with attacks on ANL members and Full Marks, the left-wing bookshop and postal address of Bristol ANL.

When Tom Archer, a freelance journalist and SWP member, heard pro-NF chanting at Bristol City’s stadium Ashton Gate, he responded by launching a Bristol City fanzine. He made a few hundred copies of The East Ender with the headline “Are we really a bunch of racists?” Alongside the City content, it read: “The NF are just using racist lies to get themselves power,” and, “IF YOU’VE HALF A MIND TO JOIN THE FRONT, DON’T WORRY – THAT’S ALL YOU NEED.”

When he and friends handed the zines out to fans, they half expected a thumping, but they only got a few hostile comments – and a lot of support too.

Then, while chairman of Bristol’s NF Philip Gannaway was on holiday in Rome, he heard Pope John Paul I talk of “the importance of unity and peace among people”. The Pope died after just 33 days in office, but Gannaway said “there was something about the man, of tremendous warmth and sincerity, which touched me.” He and his brother Gerald resigned from the NF when they returned to Bristol.

But then Raymond Pearce, notorious for advocating for white vigilante patrols in inner-city Bristol, took over the chair. And two of Pearce’s allies were prosecuted for criminal damage to the office of community newspaper Bristol Voice.

Nationally, NF put up 303 candidates in the general election of 1979. They held a meeting in Southall Town Hall which attracted a counter-demonstration by the ANL. The police responded with brutality and a young New Zealander named Blair Peach was struck on the head with a truncheon, and died.

The 1979 election was a disaster for the NF and cost the party £50,000 in lost deposits. In Bristol, Labour did well in the local council elections. But then, in the largest electoral swing from Labour to the Conservatives since the war, Margaret Thatcher was elected Prime Minister. John Dennis, a key figure in Rock Against Racism, recognised: “We’d won the battle but lost the war.”

In April 1980, Bristol responded angrily to the institutional racism of the new Tory government. There were street battles with the police in St Pauls, and a lesser-known riot by predominantly working class white youth in Southmead immediately after.

On 23 April, ANL members in Easton gathered around a mock-up coffin painted black to commemorate the first anniversary of Blair Peach’s violent death. At first, there were embarrassingly few at the meeting and organisers were concerned that the demonstration would be a flop.

But as the march proceeded through St Pauls, led by the coffin and band X-Certs on the back of a lorry, numbers of supporters – black and white – steadily grew. By the time it reached Bridewell Police Station there were some 500 people in the procession. The police, remembering the St Pauls rising of 20 days earlier, closed the doors but were besieged within. Before the march moved off to Castle Park for speeches, the coffin was used as a battering ram against the Bridewell’s doors. A defiant chant of “No arrests” went up, and there were none.

A year later, the ANL office in London was closed down as the NF was no longer a significant force in British politics. Bristol ANL had wound up too, not with a whimper but with a bang.

This was not, of course, the end of fascism in Britain. Recently, Bristol’s antifascists, concerned by the re-emergence of far-right ideas and activity, have put out a call for resistance. Their words are reminiscent of the ANL of 40 years ago: “We share common dreams as well as common enemies, and we are strong together.” The fight goes on.

For more on this history grab a copy of Facing Up To The Fascists, a booklet published by the Bristol Radical History Group.

Help us find solutions for Bristol »

Arriving at the end of the First World War, the 1918 ‘Spanish’ Flu was one of the deadliest pandemics in human history, killing between 40...

how much do we know about what life was like for the ordinary men and women living under Henry VIII's rule?

This week I met with Joe McSorley of the Avon Wildlife Trust to discuss the natural history of the West Country – from the earliest...

This week I met with Dr. John Reeks to discuss Bristol University and its historians. The university was founded in 1909 and dominates much of... 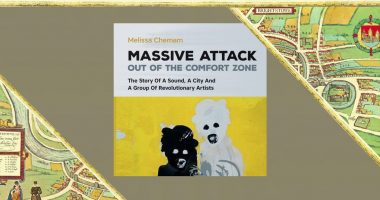 Bristol History Podcast // ‘Out of the Comfort Zone: From Bristol to Massive Attack.’

This week I met with author and journalist Melissa Chemam to discuss her book 'Out of the Comfort Zone: From Bristol to Massive Attack.'