You probably already know this, but just in case you didn’t: Condoms are only 85-98% effective at preventing pregnancy. They’re good, but not failproof. Last weekend, a Bristol Cable member, Kate*, 35, had a condom break. She did what women do when this happens and went to her local pharmacy, in Asda Bedminster, to buy the morning after pill. What she was expecting to be a straightforward interaction turned into a stressful and ultimately quite shaming experience.

The morning after pill, officially known as Emergency Hormonal Contraception (EHC), isn’t sold over the counter. You have to consult with the pharmacist on duty before you’re allowed to buy it, and then hand over up to £35. Kate was expecting this, but what she wasn’t expecting was that the pharmacist could refuse to prescribe her the medication, even though it was in stock.

The pharmacy technician told her that the pharmacist wouldn’t sell the medication because of religious reasons, refused to get the pharmacist and wouldn’t tell her where she could go to buy it instead.

Kate says that an experience like this can easily leave women women feeling “grubby and unworthy”.

“I do suffer from other mental health conditions, which I hide very well from people, and this caused me a huge amount of anxiety. What was going to happen in the next pharmacy that I went to? It’s been years since I’ve found myself in this position, but nonetheless it’s really quite frightening.”

Kate ended up buying it from a pharmacist in Colford, who “was really shocked [that she’d been refused the EHC]. I spoke to other pharmacists too, they didn’t even know that you could choose not to do this medication.”

Under employment law, pharmacy professionals have the right to refuse to prescribe EHC for religious or personal reasons, but if they do, they have to signpost the patient to a pharmacist who will supply it. The General Pharmaceutical Council (GPhC) guidance states that the pharmacist should “recognise their own values and beliefs but not impose them on other people”.

Time is of the essence

Being refused at a pharmacy costs time. And time is of the essence. The morning after pill works for up to three days after unprotected sex, but the chances of it working decline the longer you leave it. It’s 95% within the first 12 hours, going down to 85% between 24-48 hours, and there’s only 58% chance of it working 48-72 hours after. Basically, the countdown starts as soon as the condom breaks. And if it happens at night, especially on a weekend, limited pharmacy opening times make your window of time even narrower.

I had a similar experience to Kate a few years ago. A condom broke on a weekend and I was starting a new job the next day. By the time the pharmacy was open, I was at work, trying to concentrate on learning the ropes and not on the time ticking down, getting closer and closer to being too late. When I managed to get to a pharmacy, in a short break in the middle of my shift, I was already more than 24 hours over and feeling quite stressed. The pharmacist wouldn’t provide it, didn’t suggest where nearby I could get it, and I had to wait until after my shift to try somewhere else.

Both our stories have happy endings: We managed to find somewhere in time. I’m sure most women do. But not before going through unnecessary stress and, let’s face it, shame. A quick google search finds a lot of stories of women either being refused the morning after pill, having to go from pharmacy to pharmacy to find one who’ll sell it them, to ones who manage to buy it, but not without feeling judged by the person selling it. It does make you wonder if this would be so difficult if it were something men had to acquire, if there’d be this level of shame attached to it.

I gave Kate’s MP, Karin Smyth a call. She’s done a lot of work towards getting abortion decriminalised in Northern Ireland, and said: “Just days before International Women’s Day, it’s deeply disappointing to hear about my constituent’s difficulty in accessing vital healthcare services.

“Given it’s 2020, we should be working towards improving women’s access to reproductive healthcare, not limiting it.

“This matter needs to be investigated to determine whether it was a one off or has affected more women locally. I’ll be continuing to pursue this issue to ensure the medical rights of local women women across Bristol South are respected and enforced.”

“Refusing to supply the morning after pill undermines our profession”

Ade Williams, superintendent pharmacist at Bedminster Pharmacy and contributor to the  Cable on healthcare inequalities, says that, while a pharmacist can choose not to provide certain services: “You must find alternative arrangements. You can’t just say to the patient: ‘Well you just have to find somewhere else’, that’s unacceptable. If I do that, I’m not really providing care, all I’ve done is pushed the problem back to you.

“It’s also very important that you do not make the patient feel in any way uncomfortable.”

Cathy Cooke, pharmacy manager for a pharmacy in Emersons Green goes a step further. She wrote in the Pharmaceutical Journal earlier this week that refusing to supply the morning after pill “undermines our profession – no pharmacist should do it”.

She writes that pharmacy professionals need to be able to exercise their values and beliefs, “but not at the expense of the patient experience. Provision of dependable, quality pharmacy-based services is an important factor for public and patient confidence in the profession of pharmacy, as is ensuring patient-centred care.”

She tells the Cable: “Although I think pharmacists shouldn’t turn away people requesting EHC, this doesn’t mean that I think they should be forced to supply it if this goes against their beliefs.

“Pharmacists shouldn’t accept a role where their beliefs compromise their ability to provide services offered, and I’m not convinced that a notice displayed when EHC isn’t available is a satisfactory way of managing this.”

7% of people were turned away for EHC and many women felt the consultation with the pharmacist left them “feeling uncomfortable, embarrassed or judged”.

Report from the Royal College of Obstetricians and Gynaecologists (RCOG), December 2019. Quoted in Cathy Cooke’s article in the Pharmaceutical Journal on 4 March, 2020

Cooke points out that the Royal College of Obstetricians and Gynaecologists (RCOG) published a report in December 2019 which found that, “although pharmacists generally provided a “non-judgmental service”, 7% of people were turned away for EHC and many women felt the consultation with the pharmacist left them “feeling uncomfortable, embarrassed or judged”.

Kate says that pharmacies should advertise the fact that they don’t offer certain services to stop people having to ask for something so personal only to be turned away.

“Why are we doing this to people? Why can’t we buy it at a supermarket like you can paracetamol? You can get condoms over the counter, you don’t have to explain yourself.”

“Our forebears have fought long and hard for us to have these reproductive rights. My grandmother tried to abort my mother with a coat hanger. It’s not something that’s outside living memory that women would try to do that to themselves. There’s no such things as outlawing abortion. All you do is outlaw safe and legal abortion and contraception.”

A spokesperson for Asda said: “All Pharmacists are entitled to hold a conscientious objection to supplying a medication over the counter. The requirements around doing so, and how to signpost a patient to another provider, are outlined in their Code of Practice.

“Whilst we do not question our colleague’s right to hold this objection, we understand that on this occasion, the customer involved did not feel they received the appropriate signposting and for that we are very sorry. We have rebriefed the store on the appropriate procedures to carry out and have apologised directly to the customer in question.”

A huge thank you to the Bristol Cable member who shared this personal experience. Has this happened to you and/or would you be interested in being part of a city-wide investigation into this? Please get in touch using the form below to either share your experiences or sign up to be part of our investigation. 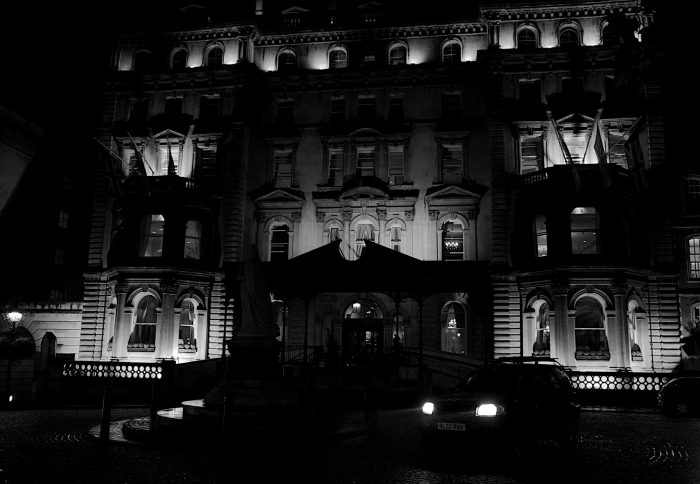