By Matty Edwards on 18th May, 2020
CORONAVIRUS IN BRISTOL | FRONTLINE FIGHTERS: health
Copy Link
The local NHS has responded well to the pandemic, but inadequate PPE has led to staff being hospitalised, according to a Bristol doctor working on the frontline of coronavirus.

“It’s expedient for Public Health England to say that all you need is a surgical mask and a flimsy plastic apron. But the consequence is that more than half of us got Covid and it’s the same across the hospital.”

A senior doctor at Southmead Hospital has said the personal protective equipment (PPE) most staff have been wearing while treating Covid-19 patients has been inadequate, which has led to many staff being ill and some being hospitalised.

They praised the emergency response of North Bristol NHS Trust, which runs Southmead Hospital, but criticised Public Health England (PHE) for the guidance on PPE.

The PPE kit criticised as inadequate by the doctor is what would have been worn by Maureen Ellington, a healthcare assistant (HCA) at Southmead who died with coronavirus on Easter Sunday. However, it is not known whether Ellington contracted the virus at the hospital or not.

More than 200 healthcare workers have died in the UK amid criticisms of the availability and the guidance around PPE.

In an exclusive interview with Cable, the doctor, who has asked not to be named, reveals how the hospital has been coping with the pandemic as the predicted number of patients never materialised, and how the NHS is now planning to start treating high risk non-Covid patients.

The doctor has been assessing patients at Southmead Hospital for Covid-19, coming into close contact with them on a daily basis. They have been wearing gloves, a fluid repellant face mask and a plastic apron, as is advised by PHE.

The more comprehensive PPE, including eye protection, face visors and long-sleeve surgical gowns, have been reserved for staff in intensive care who are treating high risk patients in need of oxygen or a ventilator.

The doctor told the Cable that they and more than half of their team have had the virus. “It was painful. I had really bad muscle aches and headaches. I was lucky. If I was 60 and not fit, it could have turned out very differently. It’s not pleasant though.”

“In one of the areas of the hospital, we had four staff members admitted to hospital, one of whom ended up in intensive care. Nobody died thankfully from that group, but we did have a healthcare assistant who died. Only one death, but a lot of hospitalisations, and a lot of people off. That’s much higher than in the community, so far more likely to have been acquired at work in the hospital. It’s because of the decisions around PPE.”

Staff have been isolating at home, and some are now being tested. Those in the ‘shielded group’, who are at highest risk from the virus, were sent home and haven’t been working, while doctors with less serious risks haven’t been in patient facing roles.

“I think generally the response has been really good. From the system, it’s been amazing and the people who work in it have given everything. Everyone has covered themselves in glory, apart from PHE and the government,” the doctor said.

“The hospital has done a brilliant job and provided exactly what it’s been told to provide, but PHE made a strategic decision to claim that was all that was needed, because the government hadn’t stockpiled what was needed, which was gowns, proper masks and hoods. They were advised to do that, and chose not to, and the consequence is a lot of people are dead.”

This less comprehensive PPE would have been worn by healthcare assistant Maureen Ellington. “I think the decisions by PHE meant that the PPE she was wearing was inadequate, and the consequence probably was her being exposed to that risk.”

“It’s very hard justifying being a HCA or domestic staff, essentially working on minimum wage, and exposing those people to non-zero risk of dying when going to work.

“There needs to be a wider social mobilisation to pay a lot more money to those on the lower end of the spectrum, who have gone willingly into work every day and risked their lives and the lives of there families for fuck all. It’s easy for me, I’m a senior doctor, I can take that risk, I’m well paid and I’ve got a secure job, but if I’m a HCA on minimum wage that’s not ok.”

The Doctors Association has called for a full independent enquiry into PPE for hospital staff. Meanwhile NHS staff have been prevented from speaking out about the issue.

‘The patients didn’t all turn up’

Before the pandemic reached its peak, all the talk was about flattening the curve – slowing the spread to prevent the NHS from being overwhelmed. Hospitals up and down the country sprung into action and expanded their critical care capacity and the Nightingale temporary hospital at UWE was announced to add capacity for the south west.

At the end of March, all doctors became Covid doctors, non-patient facing work was postponed, and routine surgeries were cancelled, the doctor said. Doctors who were part time were asked to go full time. “Everyone stepped up really. “I think the trust has done a really good job. Everyone at every level has worked all the hours to do this in the safest possible way for patients and have given up all their time.”

Modelling said that the number of patients needing hospital beds was expected to rise from 100 to 300, which is what happened in Italy and would have been “incredibly dangerous”, the doctor said.

“Luckily, the modelling didn’t come to fruition. The patients didn’t all turn up, which is really good. We prepared for the worst, and it didn’t happen, although it could happen in the future.”

It was previously reported that Bristol’s hospitals have been half empty. “Since I’ve been a doctor, all the hospitals I’ve worked in, have had a minimum of 95% of beds occupied at one time. The majority of time there’s been 100% of beds occupied, so there’ve been extra patients coming in, who are waiting for someone to go home so they can go into a bed.

The latest figure for the number of deaths at North Bristol NHS Trust is 111. But the doctor said this is likely to be even higher. “I don’t think that’s fully accurate. We know that the test [accuracy] is really bad. We’re often getting negative results even when they clinically have it and we treat them as if they have it. It may be that they’re only reporting definitely confirmed Covid. I suspect that’s where the discrepancy comes from.”

The NHS data on daily deaths in hospital records deaths when a patient tested positive. It is only since 24th April that the data has included deaths without a positive test, but where the virus is documented as a direct or underlying cause on the death certificate.

Like with PPE, the doctor points the finger at the government in terms of lockdown as well. “Had we locked down earlier we could have cut that number by tens of thousands. By the time this is done, tens of thousands of people will have died unnecessarily because we decided to prioritise the economy over human health.”

‘People need to come to hospital’

The Nightingale temporary hospital at UWE’s Frenchay campus opened a few weeks ago with 300 beds available. “The Nightingale isn’t being used currently,” the doctor said “Luckily it hasn’t been needed yet, but it probably will be.”

The doctor said the temporary hospital could still prove vital over the next six months as the hospitals still have to treat some Covid patients while transitioning towards operating normally again.

After millions of routine operations were cancelled to free up hospital capacity, there are now worries that the number of people on waiting lists for hospital care could reach 8 million by the autumn.

As the number of Covid-19 deaths in hospitals has been falling from the peak in early to mid-April, hospital bosses have been planning how to start treating high risk non-coronavirus patients again. This is amid concerns of the risks to people with other health conditions who aren’t coming to A&E or their GP because of fear of Covid-19 or not wanting to burden the NHS.

“We’re going back to trying to start doing some of that emergency work,” the doctor said, adding that different departments were currently planning how to treat the most at risk patients.

The Cable understands that Bristol’s private Spire Hospital agreed with local NHS trusts to make beds and staff available to the NHS during the pandemic. This extra capacity is yet to be fully used, but could be employed to treat non-Covid patients, the doctor said.

A spokesperson for Public Health England said: “The safety of all health care staff is paramount.”

“The UK guidance recommends the appropriate level of PPE to protect NHS healthcare workers and specifies the type of PPE that should be worn in the various healthcare settings where patients are cared for.

“The guidance is based on the best scientific evidence and the World Health Organisation have confirmed it is entirely consistent with what it recommends in circumstances and settings with the highest risk of transmission – any suggestion otherwise is both wrong and highly irresponsible.”

Watch: After the storm – powerful voices from Bristol on how we should rebuild » 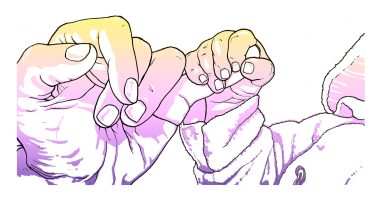